Newsha Tavakolian Has an Incredibly Powerful Story Behind This Photo 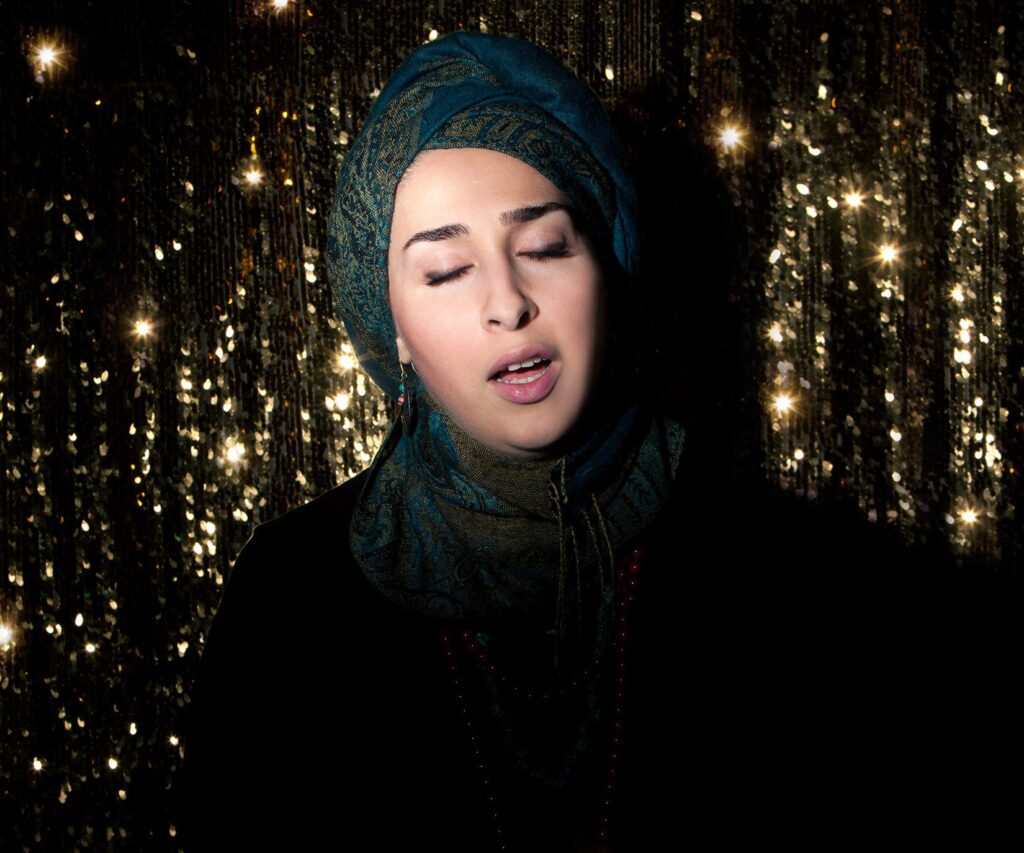 “In Iran, women are not allowed to sing solo, following the 1979 revolution,” says Magnum Photographer Newsha Tavakolian to The Phoblographer in an interview. “However, singing is part of our culture…I dislike this so much that I refuse to go to any concert in Iran where men sing.” This photo is part of a much larger series called Listen. Newsha tells us that she went as far as creating actual CD album jewel-cases as gifts. But there was a catch: the cases were empty. This is part of the statement she’s trying to make.

This image is part of the Magnum Photos 75th Anniversary Sale. It ends Sunday March 20th, so check it out here!

Newsha Tavakolian: At the age of 16 I dropped out of high school. Now I think that at the time I was looking for another way to express myself. I was dyslectic, so naturally, I edged towards visual. I started working for a newly established newspaper as a photographer, I was the youngest photojournalist in Iran.

Phoblographer: This photo is from your series “Listen.” After you shot these images, what made you want to photograph these women in the specific ways that you did? One is in the ocean, one is in front of a car, another with boxing gloves, etc. Tell us about these women.

Newsha Tavakolian: In Iran, women are not allowed to sing solo, following the 1979 revolution. However, singing is part of our culture. So women have continued to sing privately but are not allowed to give solo concerts or come out with records. I dislike this so much that I refuse to go to any concert in Iran where men sing.

For my project, I decided to portray six women singers in my studio, as they are singing. Also, I decided to create ‘imaginary CD covers’ for the day their albums could come out. So the images are in fact covers for their albums. For the exhibition in Tehran, I made 8000 cd cases with the covers as gifts for all visitors, but -as a statement- the cd cases were empty.

Phoblographer: How did you convince these women to come sing and let you photograph them? And what made you choose the backgrounds they’re in front of?

Newsha Tavakolian: It took me one year to create trust and have them pose before my camera. In the portraits wanted to give the impression they were on a stage, admired. So I choose different glittery backgrounds.

Newsha Tavakolian: At the time the authorities had taken my press card, my permission to work as a photojournalist in Iran. I got frustrated and decided to express myself in a different way from traditional photojournalism. After that, I continued alternating personal projects with documentary photography. To be honest, genres in photography, the division between those, doesn’t matter to me anymore.

Phoblographer: Tell us about this woman in particular. Does she have a fascinating backstory of some sort? Do you relate to her in any way?

Newsha Tavakolian: Her name is Sahar Lotfi, she is an amazing singer of folk songs, she has a very strong and incredible voice. When women’s voices are silenced, like a plant without sunlight, things evolve differently, of course, I relate to these singers.