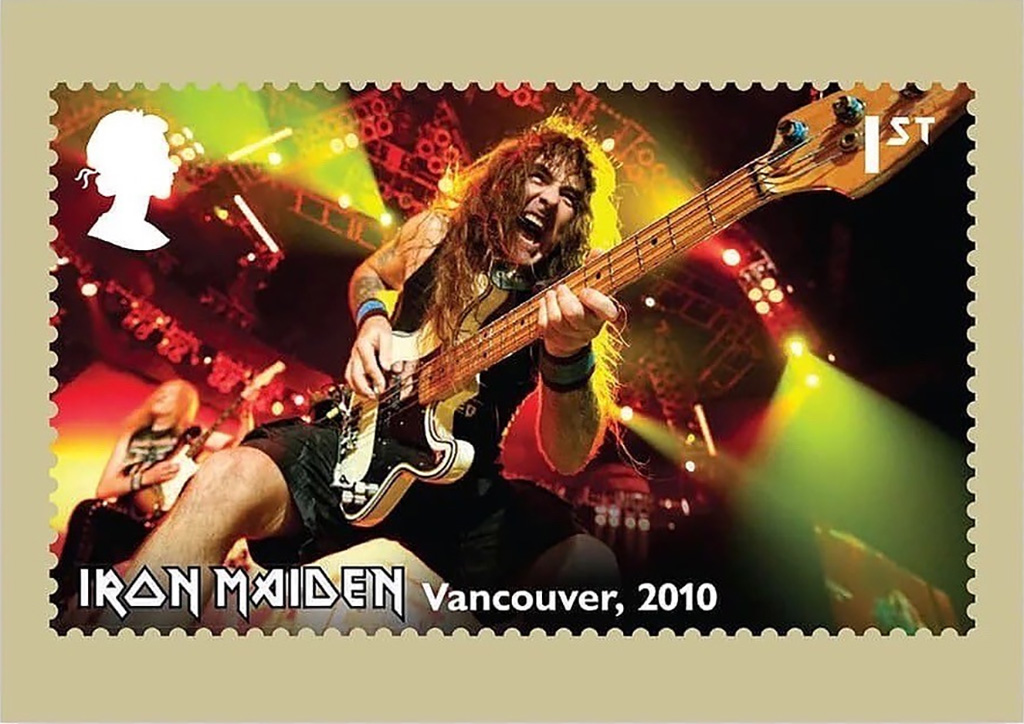 Leading rock photographer John McMurtrie talks to AP about the new release of stamps featuring top heavy metal band, Iron Maiden – as he reveals, they are the last stamp issue to feature the late Queen’s cameo

Calling all metal fans – a new series of stamps celebrating British rock legends, Iron Maiden, is about to go onsale. Iron Maiden were formed by bass player and chief lyricist Steve Harris in East London in 1975, and have gone on to sell over 100 million copies of their albums worldwide. Like most successful acts who’ve stood the test of time, Iron Maiden have always worked with talented cover artists and photographers.

Their official photographer, John McMurtrie, below, has worked with the metal monoliths for many years, accompanying them on worldwide tours and taking care of promo work. We caught up with John to find out more about the stamp project and his thoughts about the current state of music photography.

Whose idea was it to do the stamps?
Royal Mail approached the band – Iron Maiden is only the fifth music group to feature in a dedicated stamp issue.

When did you start working with the band and how did you choose the right images for the stamps?
I started working with Iron Maiden in 2006 in an official capacity, so the images on the stamps from that period are mine. I was asked to put together a gallery of shots that represented each member and their dynamic stage show. First, I had to ensure that each image would work well in a wide rectangle landscape format and the content was presentable for a stamp.

We also had to get the first selection approved by the band for a non-disclosed secret project, then Royal Mail designers put together the collection for submission to the Queen. As they were approved before she passed away I believe these are the last stamps to bear the Queens cameo.

How do you feel about having your images on stamps?
Considering heavy metal bands don’t usually receive much attention in the mainstream media I am astounded that I have five of my shots included in this stamp collection. If you had asked me if this was possible when I first started photographing rock bands, I would never have believed it. So it feels good to have a first-class stamp with my image of Steve Harris gunning down the lens! (see below)

Has gig photography pretty much recovered after Covid?
The demand for concert tickets is totally crazy right now with shows selling out in minutes. Last year Iron Maiden fullfilled all concerts that had been postponed and concluded their Legacy of the Beast tour. All the shows had a feeling of euphoria and you would think the pandemic never happened. It felt good to be back out on the road photographing live music again.

The stamps are available to pre-order from January 5th from here or by calling by phone on 03457 641 641. They go on general sale from 12 January, with a Presentation Pack containing all 12 stamps priced at £17.70.

A selection of John’s images from Iron Maiden’s Legacy of the Beast tour is available from here.