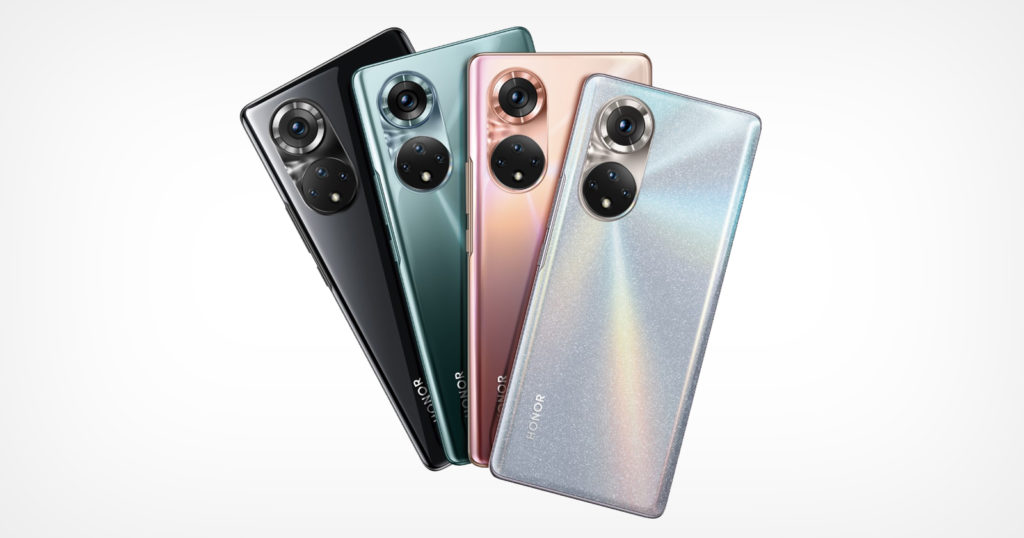 Honor, a smartphone brand that was spun off Huawei, has announced its new 50 series devices. As part of the announcement, Honor confirms that Google’s apps will run on the devices, effectively skirting around the ban that crushed the floundering Huawei.

Previously, because Honor was a brand under Huawei and was as such subject to the same restrictions under a United States ban, Google pulled its Android license from the smartphone maker. But since Honor is now a separate business entity, the company has been able to reconnect to the Google ecosystem.

“Honor devices will therefore have the option to have Google Mobile Services (“GMS”) preinstalled on compatible devices, in accordance with Google’s licensing and governance models,” an Honor spokesperson told The Verge.

That spokesperson confirmed that the “devices” that are referred to in the statement are just the Honor 50 smartphones which were today announced for release in China. Honor says that the Honor 50 will become available in international markets such as France, Malaysia, Mexico, Russia, Saudi Arabia, and the United Kingdom at a later date.

Honor’s return to the open arms of Google is highlighted by a notable camera system that the company says is both “powerful” while also catering to the needs of “young people today,” perhaps most highlighted by the four color options as seen above. The “young people” design also appears to refer to the phone’s vlogging focus, as the Honor 50 has dual front-facing video cameras that are tailor-made to selfie-focused usage. One of those cameras is designed for video and features a 12-megapixel 100-degree field of view wide-angle 18mm, while the other is designed to provide better photos thanks to its 32-megapixel portrait-focused camera.

Honor says that its “AI Wide-Angle Smart Switching” and “Super Night Mode” are also available for the dual front-facing cameras, which it says allows even more choice while vlogging.

“On top of this, the Honor 50 Pro is equipped with six multi-lens shooting modes, with combinations that use the front and back cameras at the same time,” the company says. “While capturing video, users can also apply various features like beauty mode, capturing a moment as a photograph, and wide-angle shots, fulfilling all the demands of a great Vlog.”

The rear of the smartphone is even more robust and features a four-camera array divided into two circular bumps that is comprised of a 108-megapixel main camera, 8-megapixel wide-angle, 2-megapixel macro, and a 2-megapixel “depth camera.” Honor says this combination will offer an “enhanced” shooting experience and promises cleaner photos, the ability to get a wide field of view, and richer details.

The Honor 50’s display is also of note, promising 1.07 billion colors and an ultra-slim bezel. That display promises 100% coverage of the DCI-P3 color gamut which makes it ideal for viewing photos.

Honor has two versions of the Honor 50, with the “Pro” model boasting a slightly larger 6.72-inch display versus the standard Honor 50’s 6.57-inch display. Additionally, the Honor 50 Pro will only be available in “mightnight black” while the standard version will be offered in “amber red,” emerald green,: and “frost crystal.”

In China, the Honor 50 will start at 2,699 yuan (~$422), while the Honor 50 Pro will start at 3,699 yuan (~$578) and can be pre-ordered starting today. The international launch date and associated pricing were not revealed at the time of publication. There appears to be no plan to bring the smartphone to either the United States or Canada.