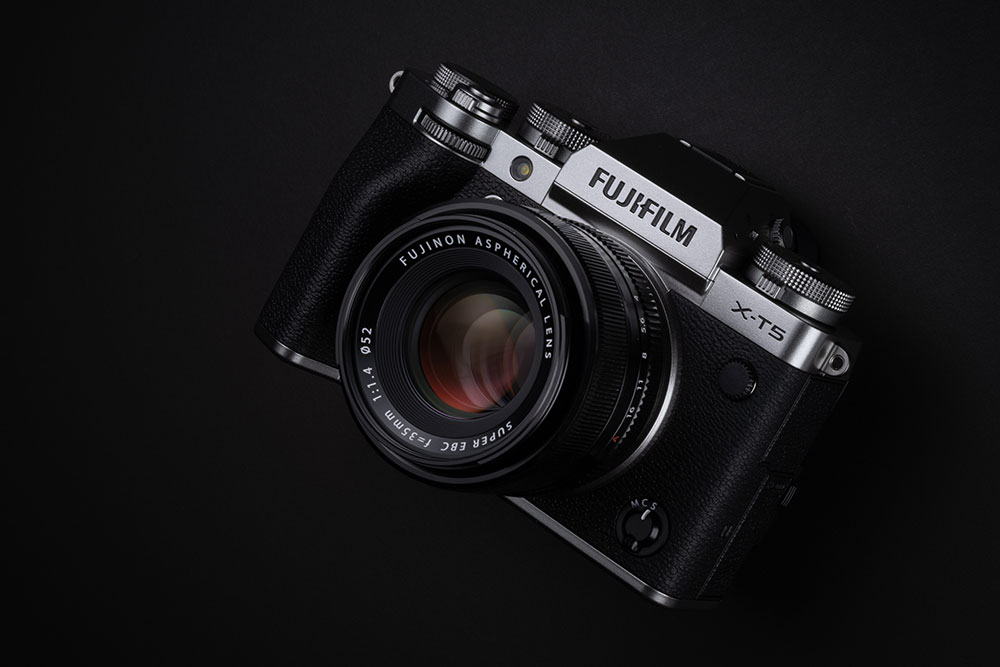 Fujifilm has announced the latest model in its traditionally-styled X-T series range for serious enthusiast photographers. The new Fujifilm X-T5 inherits many of its photographic features from the recent Fujifilm X-H2, including the same 40.2MP APS-C X-Trans CMOS 5 HR sensor. Compared to its predecessor, the Fujifilm X-T4, the latest model also gains 6K video recording and AI-based subject detection autofocus, which is capable of recognising animals, birds, cars, motorcycles, airplanes and trains (human face and eye detection is also available).

Key features of the new Fujifilm X-T5 include:

Like previous models in the X-T line, the new Fujifilm X-T5 is designed to hark back to classic 35mm film SLRs such as the Fujica ST-701. It employs top-plate dials for shutter speed, ISO and exposure compensation, with aperture rings provided on most of the firm’s XF-mount lenses. To reinforce this retro look, it’s also available in a choice of either all-black or two-tone silver-and-black finishes.

Long-term admirers of the Fujifilm X-T line will probably be pleased to see that the X-T5 has slimmed down to dimensions closer to those of the original X-T1. Unlike its predecessor the X-T4, it also uses the 3-way tilting LCD mechanism which is favoured by many photographers, rather than a fully articulated screen.

The X-T5 is styled to resemble a classic 35mm film SLR such as the Fujica ST-701. Image credit: Fujifilm

We got our hands on the new Fujifilm X-T5 prior to its official launch, and you can read all about its new features, and how it compares to both the X-T4 and X-H2, in our hands-on first look review.