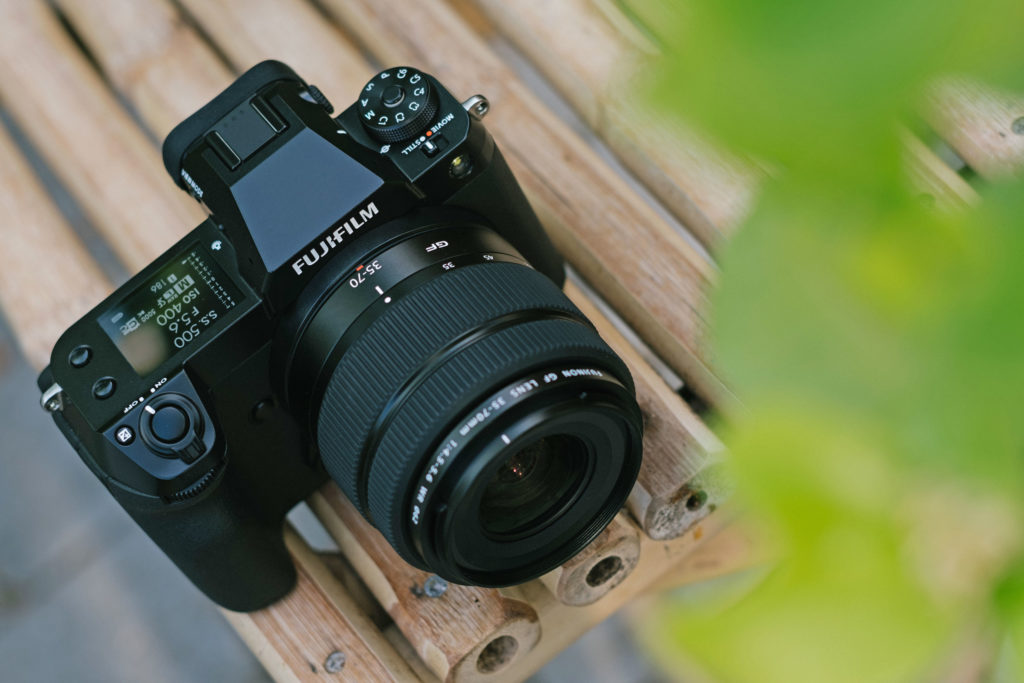 Five years after Fujifilm revolutionised digital medium format with the original GFX 50S, the firm has brought it to a more accessible price point then ever before. Where its predecessor cost £6,200, the new GFX50S II will be just £3,500 body-only, or £3,900 with a new matched GF 35-70mm F4.5-5.6 WR kit zoom. This brings it into a similar league as high-end full-frame models such as the Sony Alpha 7R IV. In effect, the GFX50S II replaces the rangefinder-style GFX 50R in Fujifilm’s line-up, which is no longer in production.

The GFX50S II uses the same body as the GFX100S

Fujifilm has achieved this feat by taking the same 50MP sensor as used by the GFX 50S and 50R, and placing it onto the exact same body as the 102MP GFX100S that it launched earlier this year. So you get the same photo and video capabilities as those older 50MP models, including 3 frames per second shooting, and a standard sensitivity range up to ISO 12,800.  Unusually for a modern camera, video recording is limited to Full HD resolution.

But you also get the many of the highlights of the GFX100S, with the compact SLR-shaped body including 5-axis in-body stabilisation, a screen that tilts in three directions, and a large top-plate status panel.

Meanwhile, the new GF 35-70mm F4.5-5.6 WR is specifically designed to bring the cost of entry to the GFX system as low as possible. Along with its relatively small maximum aperture, it forgoes an aperture ring to keep costs down, while a retracting design allows it to take up less space in your bag. In terms of optical quality, though, Fujifilm claims that it’s still fully capable of matching the demands of the 102MP sensor.

Fujifilm has also added three new lenses to its GF roadmap. Firstly, the GF 20-35mm wideangle zoom will offer a 16-28mm equivalent range, and should appear some time in 2022. Then in 2023 the firm plans to introduce a GF 55mm F1.7, which will be a large-aperture standard prime equivalent to 44mm in full-frame terms.

Finally, the firm says it is developing a tilt-and-shift lens to meet the expectations of professional photographers. It hasn’t specified a focal length, but mentions architectural photography as a primary application, which could suggest a wideangle optic somewhere around the 30mm mark.