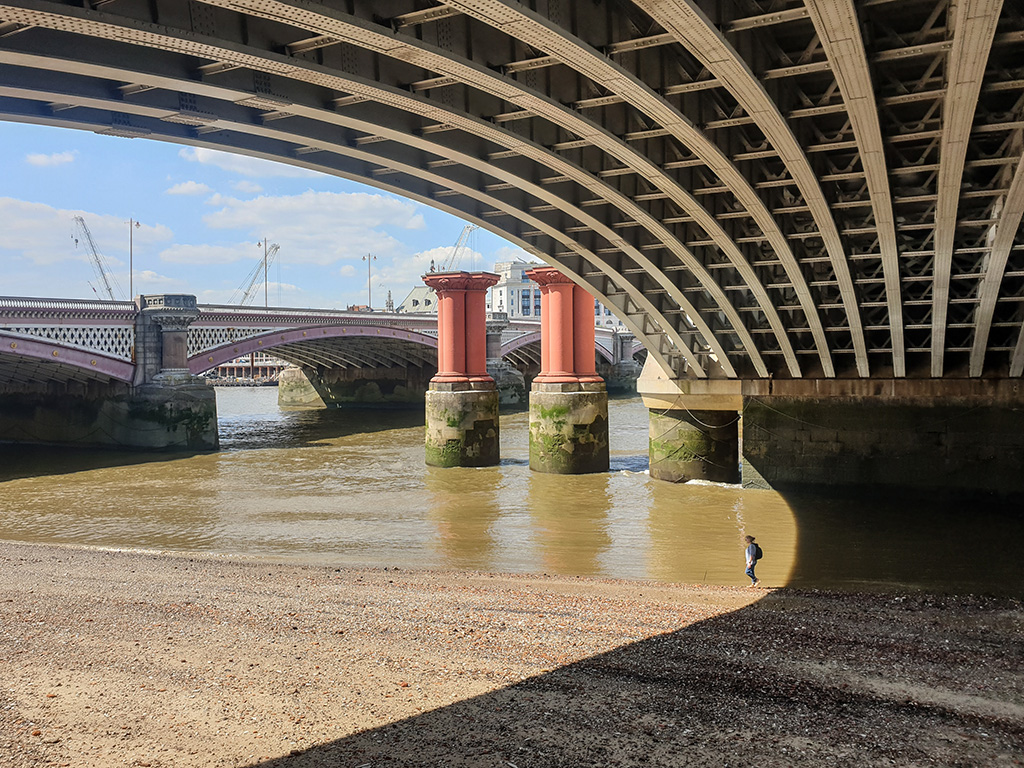 The latest wall calendar from Café Art, featuring images taken by homeless or insecurely housed people in London, is now onsale. All featured photographers earn money from the sales, with the rest of the money going to support photography and art projects for the homeless.

“This year we couldn’t get the Fujifilm QuickSnap cameras to give to contributors because of supply problems, but we were able to use Fujifilm X-T30 cameras lent to us by Fujifilm UK,” explained Paul Ryan from Cafe Art. “Not all of the winning photos were from that camera; some were from the first camera Fujifilm gave us, and others were from smartphone cameras.”

AP’s late news editor, Chris Cheesman, was a big supporter of the project. “The December photo by ‘McGinlay’ (above) was chosen as the Chris Cheesman Award for Most Creative Photo,” added Paul. Her shot is of an exhibition in Leadenhall Market in the centre of the City of London, taken while going on one of the bi-weekly photowalks with the Café Art RPS Photography Mentoring Group.

“I am a London based visual artist,” McGinlay explains. “I have studied photography, illustration and embroidery and have previously worked in an art gallery directing other artists’ work and directing fundraising events. Visual arts has a therapeutic component, as it can useful to manage multiple hidden disabilities and helps to overcome social anxiety. Outdoor photography encourages people to communicate with the general public, improving communication skill sets.

I was a non-verbal autistic child and as an adult, post traumatic stress disorder can also have an impact on communication and speech. I like taking shots of people, nature, movement, reflections and abstract objects.”

“The October image is also particularly good I think,” Paul Ryan added. “It’s called “Chilling in Brixton” and captures Omar, a local resident hanging out near the market on a hot summer’s day.”

We urge all readers to buy the calendar, which, as well as supporting a great cause, features some superb images – a further selection of which you can see below