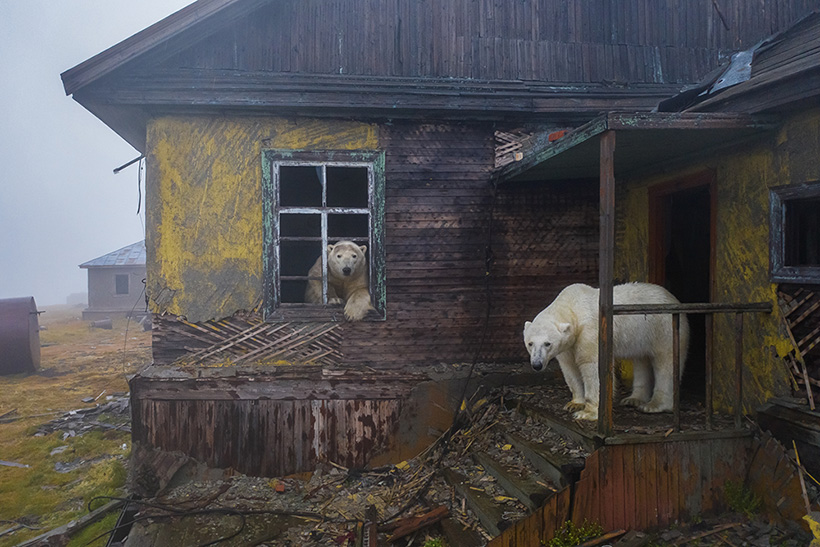 The winning images of the Nature Photographer of the Year 2022 contest have been announced. Russian wildlife photographer Dmitry Kokh won the contest with his photo of a polar bear peering from inside an abandoned house while the other stands resolutely on the house’s porch.

Starting on 20 December 2022, nature photographers can begin entering photos for the Nature Photographer of the Year 2023 edition. Click here for more of the best photography competitions to enter in 2022

See some of the winners below:

Nature Photographer of the Year 2022 Winner

“Decades after people moved out, polar bears moved in. Dozens of Polar Bears have been making themselves at home in abandoned buildings on an Arctic Island. The photographer recently captured remarkable photos of the bears peering through windows and standing on porches. Both Polar Bears evoke the emotions of the audience effectively,” said judge Karin van Couwenberg.

Judge member Myriam Dupouy said ”This one was one of my favorite images if not my favorite one from all those hundreds candidates sent. In a way, it’s a simple scene, but it throws you in the role of a respectful, invisible witness, as nature photographers should always be. The point of view through a window is an interesting one. The light casts attention to simple yet tender moments. We see here a strong photographer’s eye. And at the same time, a wonderfully sneak peek into an intimate moment.”

The World is Mine by Sascha Fonseca (Germany/United Arab Emirates)

The World is Mine, photo credit: Sascha Fonseca/ NPOTY 2022.

Judge Karin Van Couwenberg said: “This photo of the highly endangered Snow Leopard is of amazing value. The jury was convinced that the years of preparation resulted in a great photo. This photo captured a moment in his life and environment. The snowy landscape and the amazing view of the mountains in the background results in a mystical moment. All the elements combined in the photo evoke strong emotions. That is camera trap photography at its best as far as we have seen earlier.”

An Adaptation for Death by Bernhard Schubert (Austria)

Judge Myriam Dupouy said “This particular photo was also one of my favorites, because I like being surprised and learning new things. The photographer managed to speak to my curiosity and imagination, at the same time I learned something new. Some of the invertebrates here were called ‘fairy shrimps’. They show us that those species have probably given birth to wonderful tales for centuries. And yet, those little beings who have made it through the ages are now in danger due to climate change and water-demanding agriculture. And with them also migrating birds feeding on them. It is an image that stops you and lets you think”.

Best photography competitions to enter in 2022

Best lenses for wildlife photography in 2022