Nanna Heitmann On The Importance of Print in The Digital Era 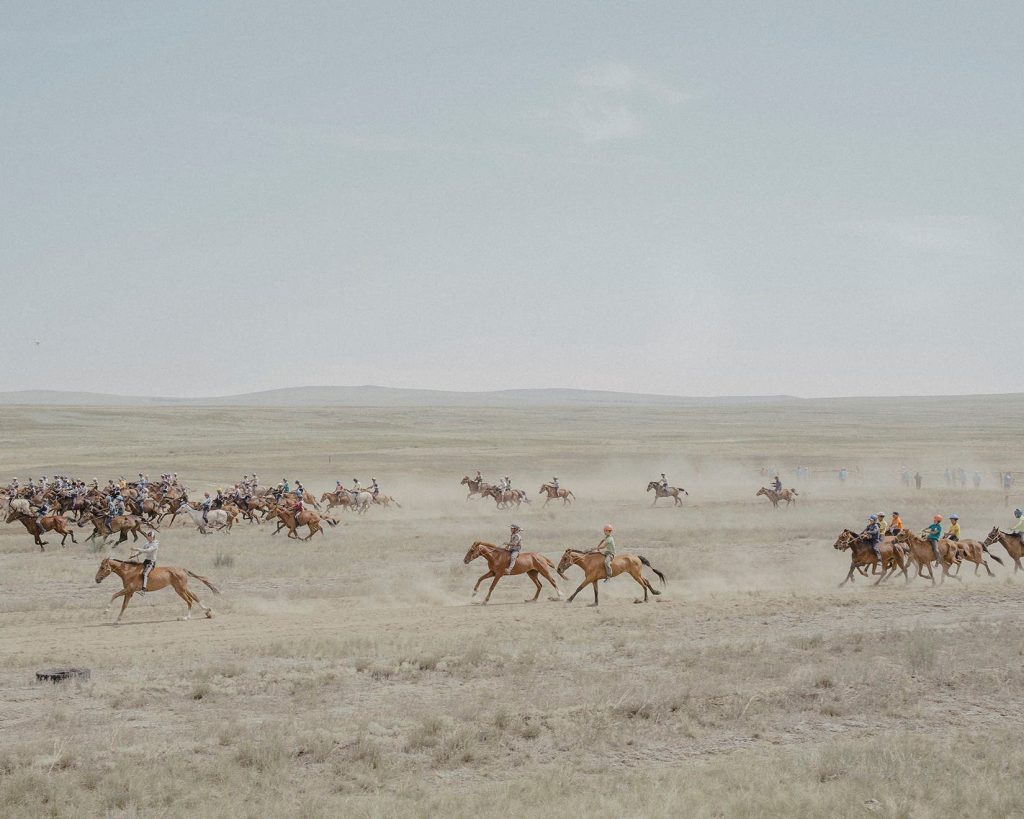 “Personally, I’m tired of constantly being online,” writes Nanna Heitmann. “And with all the digital information, I feel flooded and unfocused,” she adds. That’s part of her response to topic of printing photography, its value, and why it’s important. At only 27, it’s refreshing to see Heitmann support the printed image. Already a Magnum nominee, we thought it was a good idea to learn more about her journey.

Phoblographer: Your work focuses on isolation. How has the pandemic (where isolation is on mass) contributed to the work you’re creating in these moments?

Nanna Heitmann: I think a calm and isolated environment generally triggers my creativity. Specifically, before the pandemic started, I felt my creativity was blocked because of the pressure I was putting on myself. With lockdown, being stuck in my flat, this was ironically very freeing to me because all the pressure, all expectations were gone and I could put my lens on those little things around me. I focused on things I would usually never find the time for.

I started to train the lens on my partner. He is a clown and puppeteer, and I photographed the magic he continuously creates around himself. We kind of created our own surreal world between our walls to escape the frightening situation outside.

Covering the pandemic later on in the hospitals reminded me of when I photographed the coal miners. They would descend from everyday life into this dangerous dark world under the earth. I was deeply fascinated by this tight-knit community. I was drawn to how their dangerous working environment shaped the people and their community. Their raw humor, directness, warmth, and openness. I noticed something similar in the hospital. Where the medical workers face unimaginable mental and physical stress while working in this dangerous, highly contagious environment.

Phoblographer: You grew up listening to Russian fairy tales. How, in your opinion, did hearing such stories influence the way you make photographs?

Nanna Heitmann: I have always been a very visual person. And while the tales themselves blurred more into a foggy memory, the illustrations of the tales stayed very vivid in my memory. Those paintings by Ivan Bilibin, Gennady Pavlishin and Nesterov show Baba Yaga combing the thick, dark forest, shamans playing their drums or hermits in a Russian landscape. They really inspired me.

When I dug deeper into the mythology of the Slavic fairytales, I became interested in the role of the relationship between nature and people. It has always been essential for survival, being a source of food, water and shelter, especially in such a harsh climate zone like most parts of Russia.

The image of the forest in Russian folklore is ambiguous. In fairy tales, the forest is often a trap, a place of danger, an impenetrable space that you’re unable to get out of. as well. It’s also the home of evil supernatural creatures like the which Baba Yaga, who is seen as a guide to another world, to the kingdom of death. The protagonist meets with strangers: such as Baba Yaga, goblins or woodmen. The forest becomes a test.

If the hero passes the encounters with those characters successfully, it becomes a place where the protagonist acquires new skills, receives wonderful gifts or new knowledge necessary for his fairy tale story to have a happy ending.

The forest then becomes a symbol of the growth and expansion of the hero’s consciousness. The place where the transformation of the hero takes place.

This state of affairs is very clearly illustrated by the fairy tale “Visalia the Beautiful“. At the behest of her evil stepmother, the heroine has to go to the forest to see Baba Yaga. But the forest can help her escape from the evil witch. That’s also the fairy tale that inspired me for the title of my project, “Hiding from Baba Yaga“, a journey along the Yenisei river.
Instructed by a black cat, Visalia throws a comb, which turns into a dense forest, making it impossible for Baba Yaga to get through.

According to the ideas of the ancient Slavs, a person was divided vertically into three parts. And the comb, from which the forest is born, is worn on the head. The head corresponded to the spiritual world, the body to the earth, and the legs to the underground – the world of the dead. The forest, in this case, is the wise thoughts of the heroes that detain the pursuer. Before continuing the chase, Yaga needs to “gnaw through” this forest of wise thoughts.

Historically I have seen the Yenisei in the same way as the fairytales. The Russians, coming from the west, chased by the greed for valuable fur, did not reach the river until 1607. Criminals, escaped serfs, apostates or simply adventurers, joined together in wild rider associations and expanded ever deeper into the vast wild Taiga.

Traveling through unknown territory, under harsh climatic conditions and dangers in the Taiga, it demanded that you overcome some enormous burdens. Therefore, the life of the settlers in Siberia was free and self-determined for Czarist Russia, and it could bring prosperity with its enormous treasures of golds and fur animals. Also, old believers settled on the most remote banks of the Yenisei and its side arms to escape the persecution of the Tsar and later the Soviets.

I wouldn’t generally say that the fairytales influenced me in photography, but while I worked for the first time in Siberia, they were one of my main inspirations since growing up with them. They, for sure, shaped my mystic imagination of this vast region, and I tried to play with that a little.

Personally, I see my work to be a psychological, mystical character rather than simple illustrative reportage. I seek to evoke empathy and to raise questions with my work, rather than provide answers.

I work very intuitively, and I’m definitely not a philosopher. I ask myself the questions of identity every day. Especially while the editorial market is shrinking, I often wonder how I can find the right place to give my work and the people in this work a voice in the world.

Phoblographer: What does the power of printing images mean to you?

Nanna Heitmann: I notice once I print an image, I suddenly see so many new things on a photograph, so many new details, even though I have been looking so often at the photographs on my screen. But only then I notice how unconcentrated I look at photographs on a screen.

But generally, I think an exhibition needs to be very well curated and well printed. If it’s just dozens of pictures, the same size hanging on a wall, it becomes difficult to engage with the work.

You can buy a signed print by Nanna Heitmann through the Magnum Square Print sale by clicking here.

Phoblographer: Talk to me about the spiritual aspect of isolation. What does that mean to you and how do you look to represent it in your photographs?

Nanna Heitmann: I seem to be very attracted to that. Regarding the project “Hiding from Baba Yaga“, it refers to history. Shamans were once suppressed and persecuted in the Soviet Union, so they secretly practiced – these days it has a revival.

In Tuvan Republic, where the river evolves, there are dozens of Shaman clinics where sick people seek help, and it became an important part of the national identity and pride of this isolated region again.

The old believers also fled the persecution of the Czar. They refused the reformation of the Russian Orthodox Church, and later the Soviets fled to the most remote regions. They went to places like the Yenisei river. But they also went as far as China, Argentina, Canada and the US. Until today their communities live a life according to strict religious rules, refusing any modern-day influences.

Phoblographer: You’ve worked on several photo projects. For you, what needs to be present in the content for a project to be necessary, important, and engaging?

Nanna Heitmann: The most important thing is that you, as a storyteller, need to be completely intrigued by a topic, a place and its people. Only then will you have enough energy and empathy to work with a big heart on something and create something that matters. No matter how small a story might seem, if it’s important for you and you are passionate about it, only then can it transform into something bigger.

Phoblographer: What direction would you like to take your work as your career progresses?

Nanna Heitmann: I don’t want to get stuck and repeat myself. The work of Sohrab Hura really fascinates me. He told me once, that he sometimes gets criticized that his work doesn’t seem to have one coherent visual language. But I think even when the visual approach changes, you can find him, his principles, and his values behind the work he creates. But I think even when his visual approach changes, he is also continuously challenging himself. This I find fascinating and inspiring.