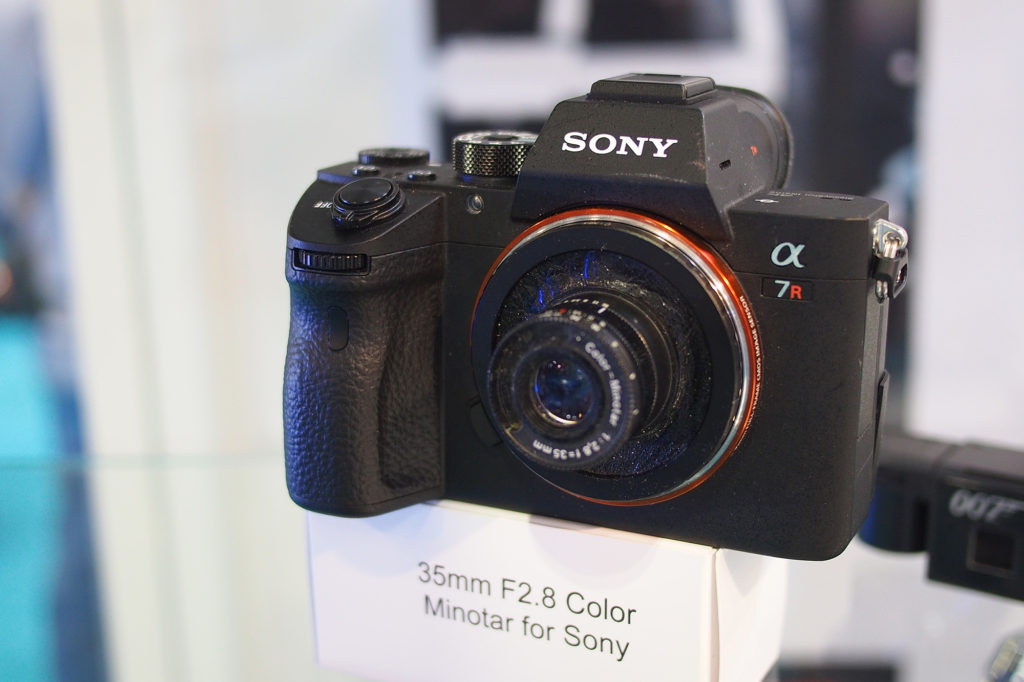 Minox, most notably known for producing ultra-compact spy cameras, as well as compact 35mm film cameras, have somewhat of a cult following, as they keep popping up at photography shows, be it Photokina, or The Photography Show.

MSHobbies are showing a wide range of Minox cameras at The Photography Show 2021, including the ultra compact spy cameras with a special gold edition, and a range of 35mm film cameras.

They’re also showing a number of Minox lenses taken from the 35mm camera, such as the 35 GT, and the Minox color minotar 35mm f2.8 lens has been adapted for use on Sony E-mount mirrorless cameras, such as the Sony Alpha A7 series. The lens with custom made adapter is available for £179.99, but on offer at The Photography Show. Each adapter has to be specially made and calibrated due to Minox altering the lens setup throughout the manufacturing period.

The MSH Sony E-mount adapter for color minotar 35mm F2.8 lens comes ready to use, so you don’t have to worry about breaking anything if you were thinking of trying to “Do It Yourself”. A process that M.S.Hobbies owner, Paul O’Sullivan, says is more complicated due to the lens originally having a built-in leaf shutter, as well as light meters. Paul says that the lens works the best on Sony E-Mount, but that people have requested other lens mount conversions as well.

M.S. Hobbies are Minox specialists based in London, who also offer Minox repairs, as well as specialists parts that are no longer available. You can view more pictures from the stand below.

Minox color minotar 35mm f2.8 m-mount – this adaption is not recommended, as it makes it almost impossible to access the aperture ring.