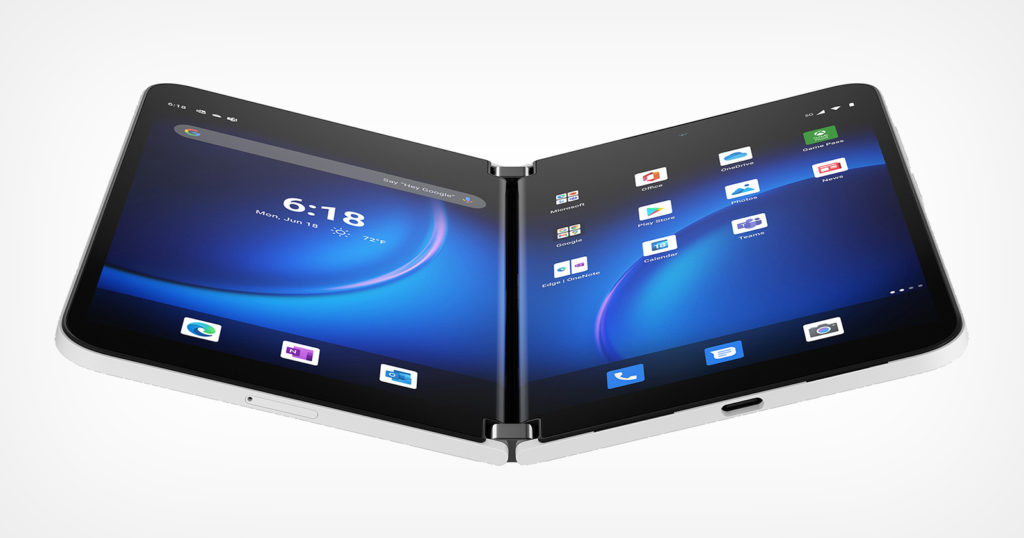 Microsoft’s first Surface Duo looked promising, but loud complaints about poor photo quality, bugs, and old hardware saw it flop in sales. The Surface Duo 2 directly addresses all the complaints, but the device may be too flawed to fix.

The Surface Duo as a concept seems compelling: it’s a foldable that doesn’t require a bending LCD like what is found on the Samsung folding smartphone and instead embraces a seam and is held together by what was universally praised as an outstanding hinge mechanism.

The first iteration had some outdated hardware, annoying software bugs, and a pretty terrible camera. But looking at reviews from the few experts who have gotten their hands on the Surface Duo 2, Microsoft is still stuck in the doldrums despite specifically addressing just about everything that was viewed as “wrong” with the original handheld.

The Verge found that despite still finding a lot to like about the idea of the Surface Duo 2, the actual practicality of the device left a lot to be desired. it has a great design, excellent multitasking support, and is very usable with a pen, but it is still hobbled by bugs in the operating system, and the form factor that at first looks cool is apparently actually frustrating to use.

Engadget came to many of the same conclusions, again praising the build quality and the excellent hinge, but hating the inconsistent and buggy software as well as the higher than even last time price of $1,300. It also, apparently, runs too warm for the publication’s liking.

Both outlets also found the camera to be “lousy.” That’s actually the word both publications used to describe the cameras and the camera app, which is particularly unfortunate given how much emphasis Microsoft put into making the cameras better than in the original Surface Duo. Rather than relying on just the one selfie camera to do it all, the Duo 2 has a dedicated camera bump made up of three cameras: a 12-megapixel 27mm f/1.7 that features dual pixel phase detection autofocus and optical image stabilization, a 12-megapixel 51mm f/2.4 telephoto that also features optical image stabilization and adds normal phase detection autofocus, and a 16-megapixel 13mm f/2.2 ultra-wide that features a 110-degree diagonal field of view with distortion correction.

In the video above, Marques Brownlee points out that while the cameras are better, they are not great and have an additional downside that makes using the device worse than the last iteration. The bump means that only one side of the Duo 2 can be set on a table without wobbling and prevents the phone from opening fully and laying flush against itself. That bump, added specifically to address a loud customer complaint, comes up both short in that regard and also introduces an entirely new problem.

Brownlee makes a rather solid point when thinking about the Duo overall: it might not be possible to salvage this idea. Microsoft may have designed and innovated itself into a box with the Surface Duo 2, and without dramatic changes, it might not ever be able to get out of its own way.

Another way to look at this might be that Microsoft paid too much attention to its critics and gave them everything they wanted at the cost of its own vision. Sometimes, and this is especially the case in tech, the customer doesn’t actually know what they want; giving them everything they ask for might doom the success of a product.

It’s unclear if Microsoft will try a third swing at the Surface Duo, because right now two strikes might prove too costly to warrant continued effort into the smartphone market it has never really been able to crack.