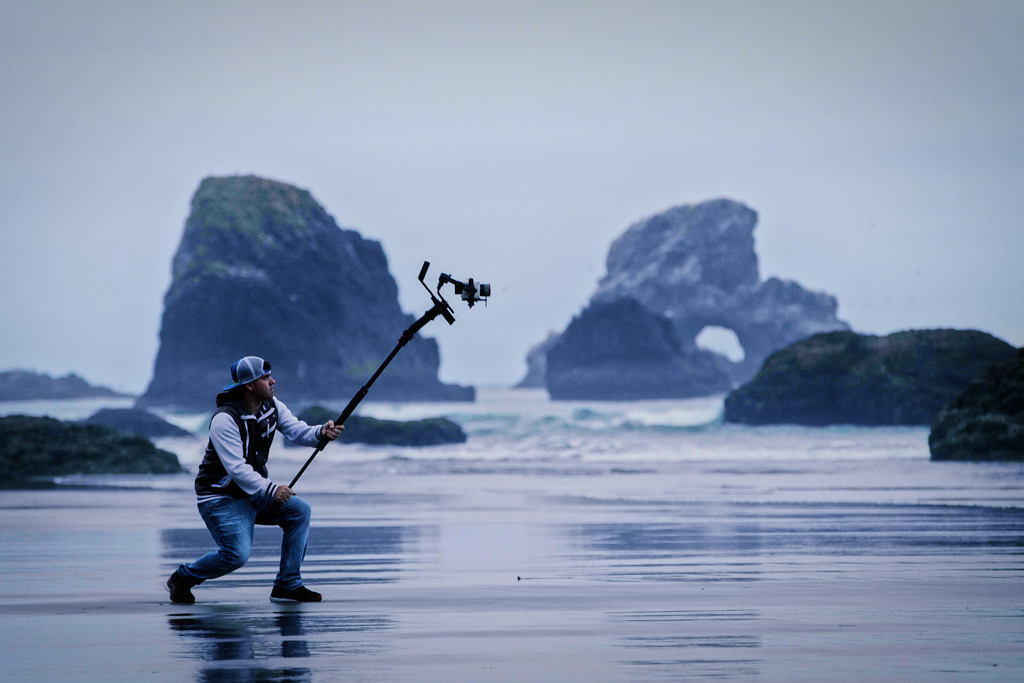 Manfrotto has announced a new range of MOVE accessories for content creators, which includes a new Gimbal 300XM, a Gim-Pod for use with the Gimboom, converting the monopod/boom into a tripod, and the MOVE QR Quick Release System.

Presenting Manfrotto MOVE: Create at the speed of your inspiration

Manfrotto, the worldwide leader in innovative photography and videography supports, introduces MOVE, an innovative Quick Release System that takes only a second to switch between set ups, while providing a rigid hold.

Manfrotto MOVE is designed to reduce downtime when switching between tripods, motion control gear, and stabilizers in fast paced creative environments. At the core of this revolutionary system is a Base and Plate setup that creates a universal connector type. By adding the bases to their varied supports, and the plate to their camera systems, users can quickly switch their cameras rigs from one equipment to the next without having to stop to screw and unscrew varying plates standards. MOVE is with powered 360° range of motion single gesture technology that clicks automatically into place no matter the direction.

MOVE also features Manfrotto’s new X LOCK system which increases rigidity of the entire kit where it is mounted through its intuitive twist locking mechanism. Manfrotto MOVE is designed to interconnect with the most camera equipment and supports thanks to a universal 3/8” thread connector and 1/4” thread adapter, allowing users to flow instantly between their existing setups and boost their creative potential.

With its slimline anodized aluminum construction and its 220 grams- weight, MOVE is designed to feel weightless on advanced camera rigs with a payload of up to 20 Kg, allowing the creator to customize the setup without having to make weight considerations.

The new MOVE ecosystem signifies an active approach to creating a unique set up, allowing creators to work more efficiently on set and to move at the speed of their inspiration. Whether you shoot action or interviews, in the studio or on the field; MOVE has you covered.

The Manfrotto MOVE will be available from www.wexphotovideo.com and www.manfrotto.co.uk

Manfrotto, the worldwide leader in photography and videography supports, introduces the first modular stabilizer designed to rapidly increase your flow on set; enabling you to move from shot to shot faster than ever and to create your favorite configuration with a modular approach.

Gimbal 300XM is designed with a modular approach that allows users detach individual parts and readapt them to create the best configuration for their needs. Videomakers can also integrate their existing gear into their customized configuration to harness the true power of modularity. For example, detaching the 300XM’s remote control handle and attaching it to the base of Manfrotto’s Gimboom, content creators can extend their stabilized shooting radius to just over 2 meters while maintaining complete gimbal functionality. Moreover, thanks to the handles wireless technology, the gimbal head can also be mounted on tripods and sliders to function as a fully remote shooting system.

In addition, this revolutionary design, 300XM’s upgraded hardware and software come together to deliver professional level functionality. While the electronic multifunction knob with buttons A and B allows videomakers to mark shooting points that can easily and precisely replicate shots, the balance position memory index means rebalancing times are significantly reduced when switching out cameras. Thanks to a redesigned ergonomic joystick that allows for precision operation, an extra length arm adjustment means CSC and DSLR with a payload up to 3.4 Kg meet even their most advanced objectives on dynamic shoots.

The Manfrotto Gimbal 300XM will be available from www.wexphotovideo.com and www.manfrotto.co.uk

Manfrotto, the worldwide leader in photography and videography supports, has just gone one step further in the evolution of its already award winning Gimboom by giving it modular accessories that increase its versatility in dynamic shooting situations.

Gim-Pod is designed streamline dynamic use for creators who need a multiple application photo and video solution in one piece of equipment. The fastest solution to switch from a moving usage into a still tripod based shooting where you remotely control your Gimbal or mount a photographic head without ever having to detach their camera rig. With its twist locking legs and aluminum slimline design, the Gim-Pod’s closed down length doesn’t exceed the Gimboom’s, making it super easy to store and carry with you anywhere you want to go.

The Gim-Pod’s legs features a universal 3/8” thread connector to add external accessories such as monitors or audio equipment to Gimboom. This Connector is also available as a stand alone part that provides maximum versatility in users configurations.

Gim-Pod is part of the MOVE Ecosystem, Manfrotto’s new vision for a modular approach that allows parts to connect seamlessly and effortlessly, providing users with greater variety and flexibility from their equipment. This new Ecosystem is the way of the future for dynamic creators who need nimble solutions while maintaining maximum performance.

As an Innovative, versatile, and lightweight solution for hybrid shooting Gim-Pod is guaranteed to become an instant favorite among Gimboom users.

The Manfrotto Gim-Pod will be available from www.wexphotovideo.com and www.manfrotto.co.uk