Man Sees His Father for the First Time in Found Film 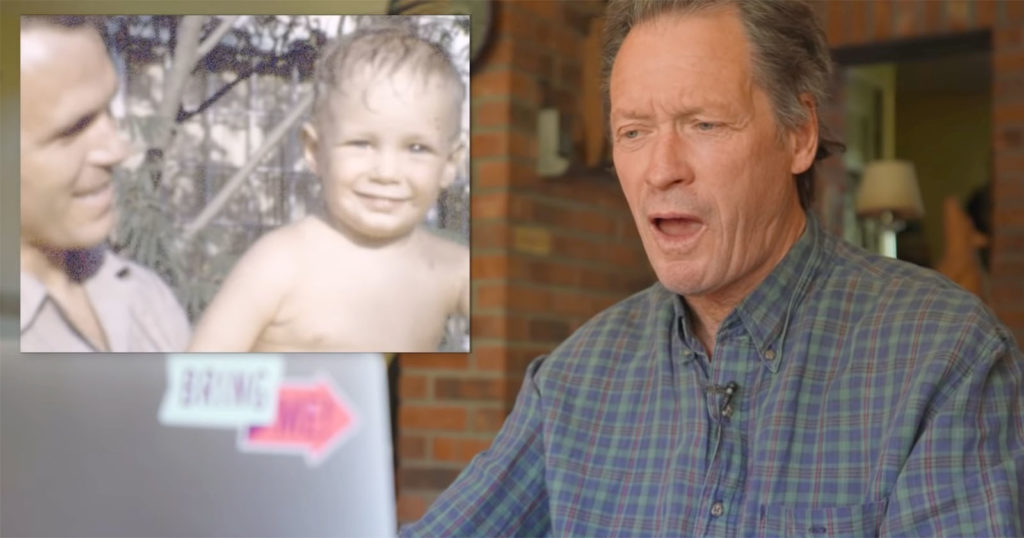 For Father’s Day this year, Dakota Deady surprised his father, Jones, with found footage of Jones’ father who died when Jones was just a toddler. Jones had never seen anything but a single photograph.

Dakota, a photographer and video producer, was digging through old photos and documents a while back for a project he was working on when he stumbled upon a box of 8mm film reels labeled “Beverly Children.” Beverly was Jones’ name at birth, but it was also the name of Jones’ father, Beverly Ball.

Beverly was an Air Force gunner pilot who fought in the Korean War and was involved in over 22 missions. After leaving the military, Beverly had a short stint as a bartender, but he tragically died in a freak drowning accident while waterskiing in 1957 at just 32 years of age.

Growing up with his father, Jones’ only image of Beverly was an old black-and-white Air Force portrait that has been displayed for years on his dresser.

Dakota says that upon finding the old 8mm reels, he inspected the frames and saw tiny images of a man who looked remarkably like Jones holding a child who was presumably either Jones or his brother.

“I’m almost certain my dad has never seen this footage, so today I want to try and give him a look at his father for the first time in his life,” Dakota says in the 6.5-minute video he made above.

Not having any of the equipment need to project the film, Dakota decided to take them to a local lab to have them digitized. It was these digitized videos that Dakota then drove to Vermont to show his father.

“I didn’t see him […] a lot,” Jones says in the video prior to watching the found footage. “Slim slim memories of him, hardly nothing. He’s like a fog. I remember our house distinctly we all lived in, but I didn’t see him much, probably because he was in the Korean War.”

When the surprise video began playing on the laptop screen, Jones was floored and deeply moved by what he was seeing.

“Oh my god. Oh my god. That’s my father,” Jones says. “How did you have this made? First live video I’ve ever seen of him.”

The footage seen on the film was shot less than a year before Beverly passed away.

“I can’t believe he died a year from this,” Jones says. “This happy man. Life would have been so different. […] Never seen him. Isn’t that amazing? I’ve never…”

“I’m pretty well choked up right now. […] This is so great, having this. I can’t I’m this age and now I’m just looking at my father for the first time.”

Although the footage wasn’t long, it completely changed the way Jones is now able to “remember” his father.

“I have a vivid picture of my father now. It’s right in front of me. I’ll see him forever now.”