Lukáš Belohoubek Uses a Rare Pancolar 55mm for his Photos 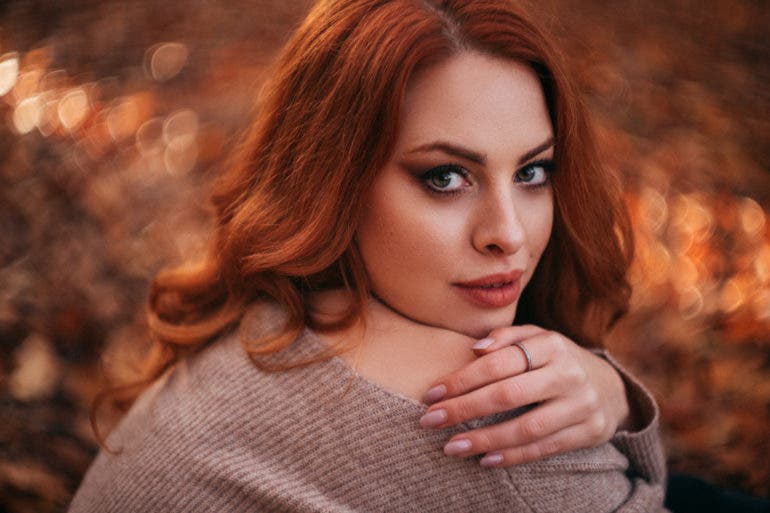 “I think I fell in love with this lens from the first moment I used it”, says Prague based portrait photographer Lukáš Belohoubek. He got into photography for a unique reason, and he’s quite happy to be in it. He’s also the owner of one of the rarest 55mm lenses in the world – the Pancolar 55m f1.4. Originally manufactured by Pentacon in conjunction with their 35mm Super SLR, less than 5000 of these were made. The bokeh it produces is both creamy and swirly, and while bokeh can be a polarizing topic, many of us still desire it. Belohoubek doesn’t worry about it enough to make it his primary concern in the image.

Is a shallow background the most desired way to produce an eye-catching image? Why do we crave bokeh in the images we make? Is it because it immediately shows the viewer that we used a faster (and possibly more expensive) lens?

AI-powered software is becoming better by the day. It won’t be long before photo editors can select an image and produce life-like bokeh with the click of their mouse, no matter what lens was used for it. I have a special edition 50mm Nikkor in my kit, but I don’t think I’ve owned or used a lens as rare as the Pancolar. A good copy of this lens can cost upwards of USD 2000 today. Despite being first manufactured close to 50 years ago, it can still produce images with vivid colors and sharpness.

It’s got eight aperture blades, can be stopped down to f16 and has a 58mm filter thread size. Not that most people would want to stop it down or slap filters on it. The joy in using this lens is at its widest aperture at f1.4. Modern manufacturers are trying to create unique lenses these days, but there’s just a special feeling about having a vintage lens like this one.

Belohoubek loves his lens and uses it a lot for his outdoor portrait work. He’s also got quite a few other rare lenses in his bag.

I use the Sony A7II for my work. One day I discovered an article on the internet about old lenses. I really liked it and three years ago it was Sony that was most [compatible] to use with old lenses. I see another advantage with mirrorless cameras in the electronic viewfinder, where I can comfortably zoom in where I focus and immediately see a live preview of what the photo looks like. I’m not looking at another camera yet, because I don’t use AF lenses, so the focusing speed doesn’t limit me

Lukáš Belohoubek: Hi, my name is Lukáš, I come from Prague (Czech Republic), and I have been taking photos for about 3 years, I started taking photos because I stopped smoking and I needed to keep my hands busy. I mostly take portraits of women.

The Phoblographer: Tell us a bit about your interest in vintage lenses and their characteristics. What are some of your favourite ones

Lukáš Belohoubek: Like everyone who is interested in old lenses, I was primarily interested in how old lenses render a blurred background (what a bokeh they have). I also like that old lenses do not have exaggerated contrast, micro-contrast and sharpness; I prefer a softer photo rendering.

The Phoblographer: Why do you think vintage lens usage has experienced a resurgence in usage on digital cameras?

Lukáš Belohoubek: I think that after the advent of mirrorless cameras, there was an opportunity to adapt many lenses that did not go to SLRs. I think a lot of these lenses are much more usable wide open on digital cameras. For example, such a Canon 1.2 / 50 LTM is relatively difficult to use at 1.2 on rangefinder cameras.

The Phoblographer: What excites you about using these lenses in your photography? Does it slow you down much?

Lukáš Belohoubek: What fascinates me the most is that even after many, many years, these old lenses can be used for photography. They have their own character and optical imperfection; “defects” can be used very creatively (flares, swirl bokeh, softness).

I think that the style of photos that I take does not limit me in any way with old manual lenses. Sometimes I might like to capture something in motion a little more precisely, but with a little practice, it also works with a manual lens :). One is more happy when you manage to capture a great photo manually than with all modern EYE AF, tracking, etc., or at least that’s how I feel.

The Phoblographer: What are some of the challenges you’ve faced when using older lenses on your digital cameras?

Lukáš Belohoubek: Poor white balance (which is not a problem with raw), with some very soft lenses. It is more difficult to tell in the viewfinder and live view when it is properly focused on the eye. I have experimented a lot with different projection lenses, where the problem is how to adapt them for use on mirrorless cameras. Many of these lenses have to be adjusted on a lathe. A lot of these projection lenses have a special character 🙂

The Phoblographer: The Pancolar 55/1.4 you use is super rare (and super sharp at f1.4). How did you stumble upon this one?

Lukáš Belohoubek: Yes, the Pancolar 55 is a relatively rare lens. The East German city Jena produced 4,000 pieces of this lens. Pancolar 55 has its own unique bokeh that I have not yet discovered in any other lens. It is one of the most radioactive lenses due to the use of Thorium in the optical.

I live in the region where this lens was made, so there is quite a chance to discover it somewhere … I was lucky 🙂 I think I fell in love with this lens from the first moment I used it; it gives me an incredible atmosphere in the photos.

The Phoblographer: Doesn’t it produce images which a slight warm tint (due to the thorium coating)? Is this something you embrace in your portraits or fight against?

Lukáš Belohoubek: Yes, Pancolar 55 has a strong yellowing due to thorium in the optical elements. I don’t use AWB when shooting, but I balance the white color on the spot. I only shoot to RAW, so you can work well with it in post-processing. The yellowing of the Pancolar 55 creates a magical atmosphere in the backlight.

The Phoblographer: When you’re out taking portraits with this lens, do you find the twirly bokeh it produces to be appealing or distracting? Tell us why

Lukáš Belohoubek: This is a relatively difficult question for me. In the past I was looking for a lot of places during portraiture, where there is a lot of specific bokeh, today I would say that it rather bothers me and I prefer a cleaner background:) where there are not so many bokeh bubbles. At the moment, I’m probably focusing more on content than on bokeh.

The Phoblographer: Give us some tips on how to source vintage lenses. What sort of flaws / issues do you check for?

Lukáš Belohoubek: I look on eBay, local markets, various flea markets; it’s a lot about luck and being persistent and keeping your eyes open

The Phoblographer: How’s the experience of using a Pentax 6×7 for portrait work? Between film and digital photography, which one brings you more satisfaction

Lukáš Belohoubek: I love my Pentax 6×7; it’s a completely different experience from shooting on film than on digital. I focus more on the composition light, etc. I develop films at home, and the joy of a successful photo is priceless :). It’s weird, but during the shooting on the film, I use 10 presses of the shutter button, and I have about 7 usable photos. I will take 400 photos on digital and use 5 🙂

All images by Lukáš Belohoubek. Used with permission. Visit his Facebook and Instagram pages to see more of his work.