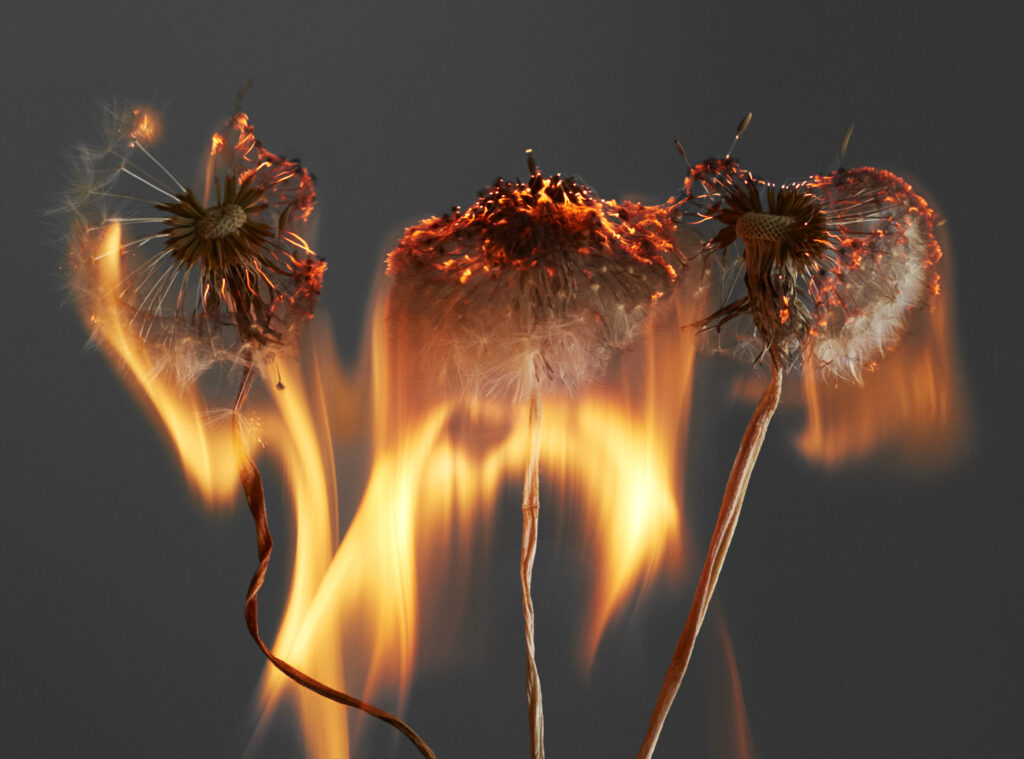 Photographer Rankin has revealed details of his upcoming book, An Exploding World, which was a Covid lockdown project he took on to stretch his artistic abilities whilst in isolation.

Due for publication during April 2022 it’s a companion to his 202o book Embrace (from Rankin Publishing), which also used flowers as the main subjects of his images. The work in this new, limited run publication is said to, ‘explore the aesthetic of destruction, through apocalyptic imagery reminiscent of nuclear explosions or comets.’

The creation of it became for the photographer, ‘an intimate take on artistic expression, frustration during lockdown isolation, and a celebration of the expressive creativity that emerged.’

Rankin shot his An Exploding World project during the Covid lockdown. Image: self-portrait by Rankin

Rankin is best known for his portrait, commercial and fashion photography but during 2020 he found himself, for the first time in his 30 year career, closed off from his studio and regular collaborators. He was forced to find a way to create works without face-to-face interaction, so the much-lauded portrait photographer turned to nature.

Rankin explained, ‘For years now I’ve been obsessed with the perfection of a dandelion seed head. Seen as weeds, they grow absolutely everywhere, especially in the city. And during a time of great stress, there was comfort in them.’

A smoking dandelion from the An Exploding World project. Image: Rankin

By taking dandelions (as symbols of courage, growth, hope and healing) and setting them alight, Rankin found his own visual metaphor as to how he was feeling and for the wider state of the world around him.

He told AP, ‘When fire burns through the forest, the old growth burns away to allow space for the new forest to emerge. Through burning these dandelions I was clearing space mentally. Finding a new outlet for my creativity.’

The book An Exploding World contains new and exclusive imagery and includes an in-depth interview with Rankin, which he discusses the inspiration behind the works and his process.

He revealed, ‘My still life works feel like some of the purest images I’ve taken since the 90s… They exist in the same world as my portraits or nudes, a fresh realisation of my fascination with beauty and death. These two themes have fascinated me throughout my career. And, as I get older, they start to become more intertwined in my imagination.’

To find out more about Rankin’s work go to: Rankin Photo

Nature on your doorstep