Lightograph Unveiled: The ‘Next Evolution of the Photograph’ 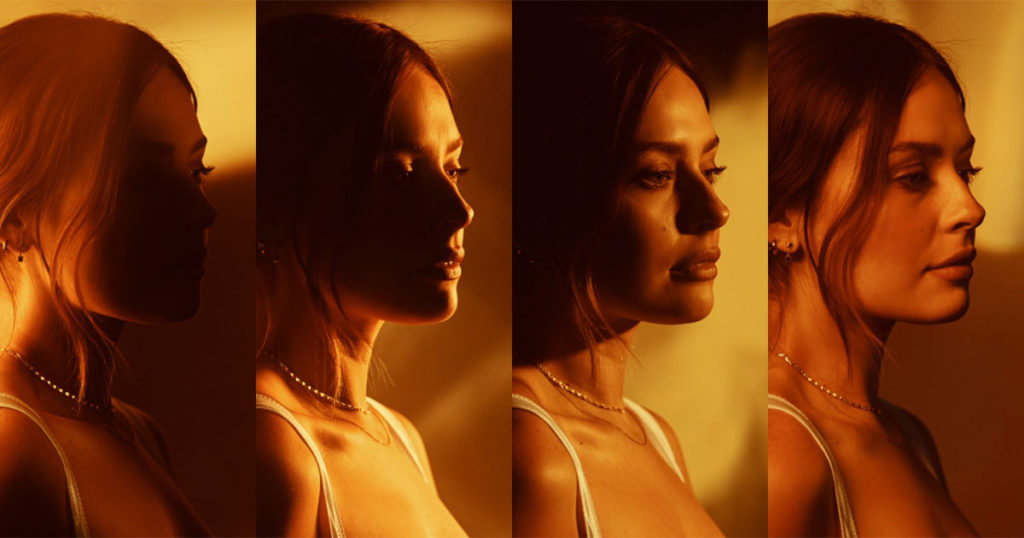 Photographer Jeremy Cowart has created what he calls a Lightograph, a patent-pending evolution of both the cinemagraph and standard photography that moves light through a still photo without adding any motion or shift in perspective.

Cowart touts the Lightograph as a wholly new form of art because it is not a motion picture because there is no motion, and it’s not a standard photograph because the light can change and evolve. For him, the Lightograph is a breakthrough method for visual art that allows light to tell more than one story in a still image and can “forever change what is possible in portraiture.”

The finished photos are at first blush akin to what has been done in the past — especially with cinemagraphs — but after closer inspection, the differences are stark. Cowart says that he has been using this method for years, but it wasn’t until recently that he realized how unusual it is.

“I actually did the entire process in 2014 but didn’t realize what I had on my hands until now,” he tells PetaPixel. “It wasn’t until the NFT boom over the last couple of months that made me start digging harder, wondering how I could bring motion to photographs and portraits. It was then that I realized ‘Oh, I’ve been doing this for years and didn’t even how special this process is.’ It just needed a couple of tiny tweaks to flesh out the process and make it what it is today.”

Cowart says that as amazing as photography, cameras, and light are, he found that constantly shooting the same way would lead to boredom.

“There are only so many places you can place a light, right? I can’t shoot the same lighting on a white seamless all day. A lot of photographers love those shoots. I can’t stand it. I think my natural A.D.D. is always driving me to be curious and figure out what’s next. How can I keep evolving and mix things up to make digital photography evolve?”

To his knowledge, this process has never been done before, at least not with portraiture. He also says that no computer graphics or 3D software is used to make these photos.

“This is truly a new method of art-making and analog photography,” he says. “Light can now tell multiple stories in a single image. It can show the hero and villain side of a person in the same portrait with a simple shift of light. Humans are multi-faceted. We’re constantly changing and evolving.

“A Lightograph represents our evolving dynamic as humans. It can show all our emotions at once. One Lightograph can go from super flattering to scary to dramatic to warm to cool back to flattering. And so much more. The possibilities are endless. Lightography can also be applied to almost every genre of photography. So it can work for commercial, lifestyle, fine art, fashion, beauty, editorial, studio, music, entertainment, families, travel, business, headshots, automotive, stock, products, architecture, even babies and pets if they can stay still or are sleeping,” he adds with a laugh.

Cowart believes that there are huge implications for this method in advertising photography because it adds so much more depth and interest to a still image in a way that people simply aren’t used to seeing.

“I keep hearing people say, ‘I can’t stop looking at this,’” Cowart says.

One challenge with moving images is how they are shared since Lightographs are more than a standard photograph. Additionally, the finished result isn’t quite a movie, either. Cowart says he believes these could find a home in digital media.

“I see it as the future of digital media. So, magazine covers for example. Future issues of any magazine could have Lightographs as their covers. Imagine scrolling on your iPad, reading an article and as you scroll, the lighting is evolving as the story evolves,” he says. “This is just one example of thousands that could be applied. Imagine driving past a digital billboard and the light changes completely in those three seconds that you drive past it. It’s incredibly interesting and exciting. Netflix movie posters could be Lightographs that evolve as you sit on your couch and scroll through movie titles.”

While he is withholding how he creates these photos for now, he does intend to share his method in the near future.

“I just thought it was important to introduce the medium first,” he explains. “It’s a significant development in the history of photography. I remember when the cinemagraph was introduced in 2011. I was so fascinated by it and amazed that a new form of art could be introduced when it seems like everything has been done before. I never thought I would have my own important discovery. But I always say, ‘the more you learn technically, the more you can achieve creatively.’ That thought has been true for me. I’ve spent thousands of hours in my studio over the last decade playing with my Profoto strobes and Canon DSLRs. It’s so cool that all that play-time has translated to an innovation like this.”

Cowart does reveal that it’s a detailed and technical process, though and says that multiple factors play a part in how long it takes to make one of these images.

“It’s quite a technical process. Seasoned, experienced photographers who understand lighting will catch on quickly. In fact, I’m sure many of your readers will figure out what I’m doing just by looking at it. They’ll be able to reverse engineer the general idea,” he says. “But there are so many subtle nuances and tricks that go into it that are not so easy to figure out. I’m amazed it hasn’t been done before and I’m so honored I get to introduce it to the industry. It’s truly a new, unique form of art-making.”

Additionally, Cowart will release several NFTs on Foundation that use this method starting on July 15.