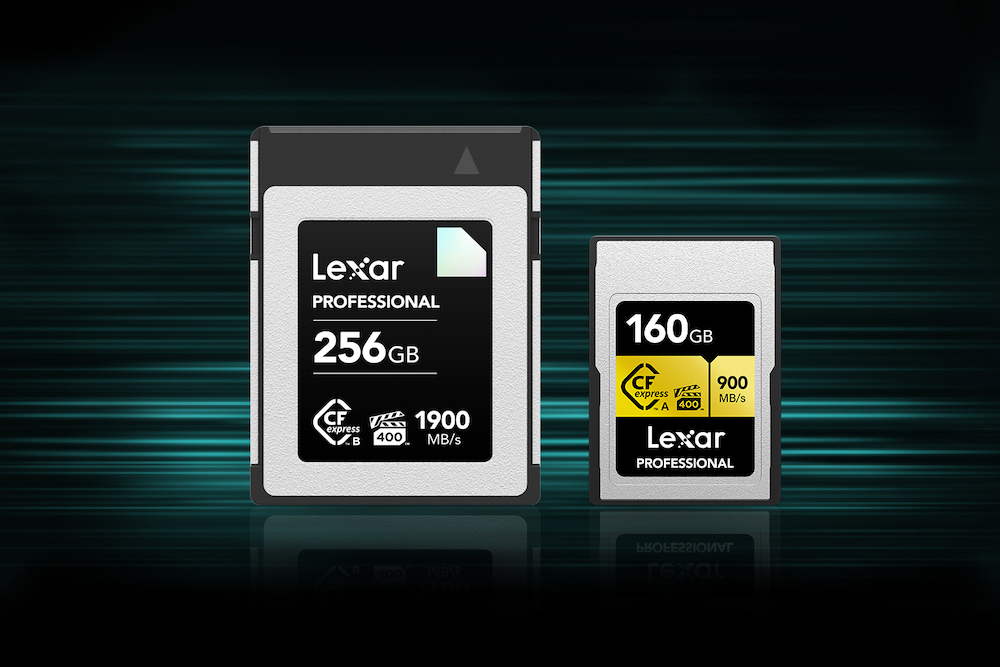 Lexar has unveiled the world’s fastest CFexpress Type B memory cards in the shape of its DIAMOND Series, which offers read speeds of 1900MB/s and write speeds of 1700MB/s.

The Lexar Professional CFexpress Type B Card DIAMOND Series is said to provide the previously unmatched read speed of up to 1900MB/s, to help to accelerate post-production workflows.

The previous top read speed in the CFexpress Type B card field was the 1785MB/s ability of Angelbird’s AV Pro XT MK2 Type B card.

It also has what Lexar calls ‘blazing-fast write speeds’ of up to 1700MB/s1, that will help to quickly capture smooth RAW 8K, 6K and 4K video.

It is also backwards compatible with selected XQD cameras2.

Lexar has also launched the Professional CFexpress Type A Card GOLD Series, which is aimed at next-generation mirrorless and cinema camera users.

It features read speeds of 900MB/s and write speeds of 800MB/s1, to allow you to capture high-quality images and ‘seamless’ 8K, 6K and 4K video.

A CFexpress Type A Reader, which supports ultra-high-speed USB 10Gbps transfer protocol via USB Type-C, will also be launched by Lexar, ‘in the coming months.’

Joel Boquiren, general manager of Lexar, commented, ‘Lexar has a long history of providing industry leading memory solution for professional users and we are excited to continue this tradition with the world’s fastest Lexar Professional CFexpress Type B Card DIAMOND Series and Lexar Professional CFexpress Type A Card GOLD Series. These cards will dramatically help professionals speed up their workflow while providing the quality, performance and reliability they’ve come to expect from Lexar.’

The news of the Lexar VPG-400 cards comes less than a week after Exascend revealed the world’s first VPG-400 CFexpress Type B card.

Designed specifically for professional video users VPG-400 certification also ensures that your content is captured with no drop or duplicated frames.

The Lexar cards are said to be ‘built with the rugged durability you need to capture content even in the harshest of conditions.’

They are designed to be shock and vibration-proof, and resistant to extreme temperatures3.

Both cards are backed by a Lifetime Limited Warranty – this is limited to 10 years after purchase in Germany and regions that don’t recognise lifetime warranty.