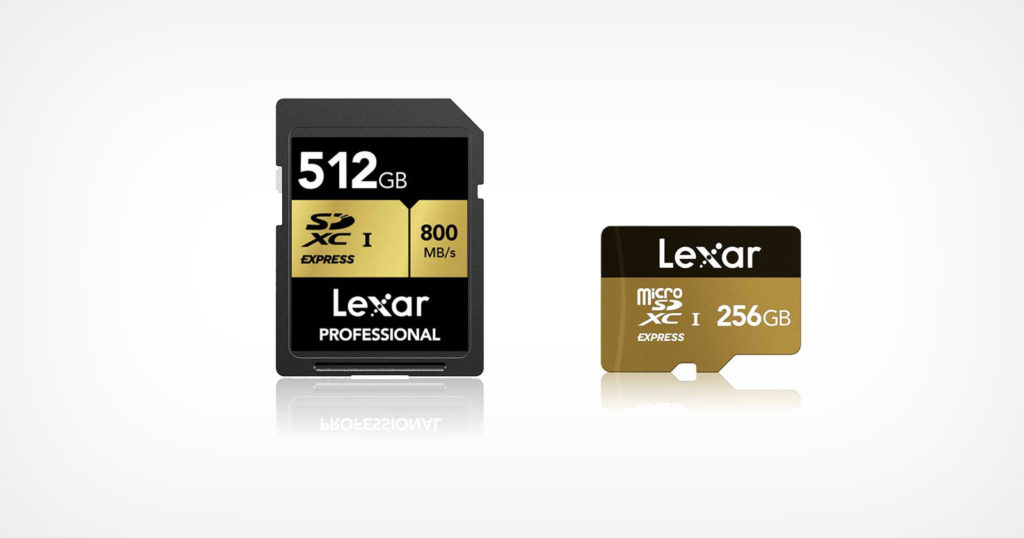 Lexar has announced that it is actively developing on the thus far unused SD Express specification to create SD memory cards that use PCI Express (PCIe 4.0) and will more than triple the speeds of current UHS-II cards, but it’s not clear who these cards will work for.

Lexar SD Express and microSD Express memory cards will feature write speeds of up to 410MB/s and read speeds of up to 824MB/s, respectfully. Lexar is currently working with manufacturers of relevant host devices as part of its early development.

The SD Express specification is not new but was developed by the SD association several years ago in response to the Compact Flash organization’s CFexpress specification. The idea would allow for the format to theoretically reach greater capacities and much faster speeds all while maintaining the same current SD card format with the promise of backward compatibility.

“You can put it in there, and it’ll work, but it’ll only work as a UHS-I card,” Brewer said. “So if the camera requires full SD UHS-II performance, it won’t work right. It won’t work as well as it’s supposed to like an SD UHS-II card would work.”

At the time, Brewer noted that no camera manufacturer was interested in the SD Express format and none were making any cameras that would work with it. To date, that has not changed and it’s unclear who Lexar’s cards would be for.

What’s more, those looking to keep the SD form factor have already found a solution: CFexpress type A. Sony’s latest cameras accept both standard UHS-II SD cards and CFexpress Type A cards in the same card slot. Back in 2019, Brewer predicted this.

In 2020, the specification was updated and allowed for transfer speeds for up to 3,983 megabytes per second, a huge leap in performance. It wasn’t clear though if the backward compatibility issue had been solved nor if any camera or device manufacturer was even interested in supporting cards made with the specification.

Even if all the issues with SD Express were solved by the new specification and camera makers decide to support them, SD Express is a long way from challenging CFexpress. The read and write speeds promised on Lexar’s coming SD Express cards may be up to three times better than UHS-II SD cards, but they are still well below current CFexpress speeds. Current Type B cards typically reach read speeds of 1,700 MB/s and surpass 1,400 MB/s write speeds thanks to their two lanes of PCIe. Type A cards are slower due to their single-lane design, but still promise 800 MB/s read speeds and 700 MB/s write speeds. While SD Express appears to be competitive on read speeds, Lexar’s SD Express cards will only reach about half the write speed performance.

Lexar appears undeterred, however. The company plans to launch its new line of SD Express cards in 2022, but it is not clear what devices will support them or how much they will cost. That last note will be the most important, as SD Express may only be able to compete by undercutting the currently astronomical price of CFexpress.