Lensii to Take on Instagram as a ‘Better’ Photo Sharing App 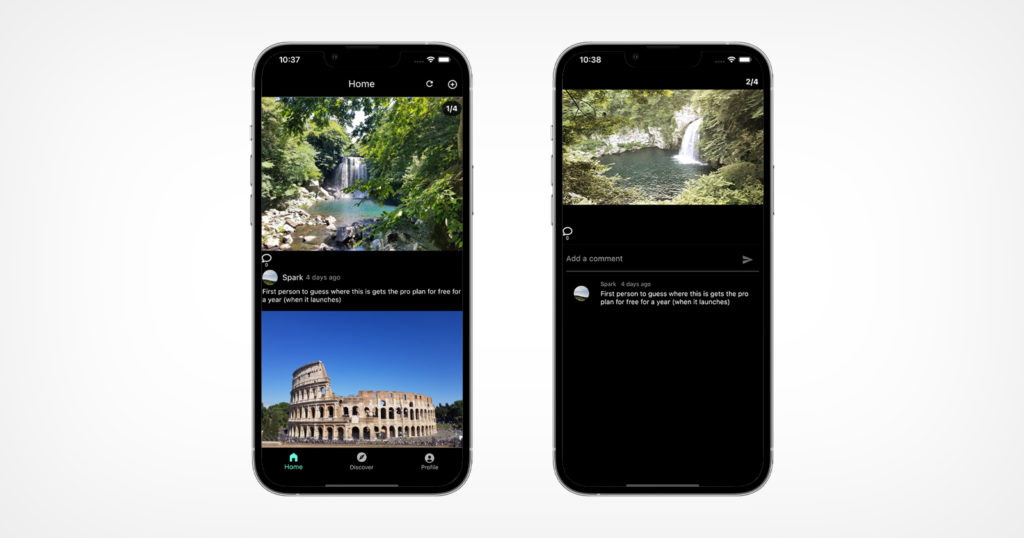 Lensii, originally an artificial intelligence-assisted photo cloud platform that looked to challenge Google Photos, has announced that it’s adding another target to its sights: Instagram.

The company’s founder and CEO Sunghoon Park spoke to PetaPixel in July about the plan to assit users in organizing, sorting, searching, and choosing the best images from their collection of photographs using artificial intelligence (AI). Lensii’s goal was to group similar-looking photos together and then rank each so that it would be easy to see which images are worth keeping and sharing and which ones could be deleted. Basically, it aimed to take on Google Photos.

This morning, Park announced that while Lensii still planned to release these features by the end of 2022, it has deviated from the original plan slightly. Starting this weekend, which he calls “phase one” of the app, Lensii plans to directly take on Instagram.

“For this first iteration, we’re a photo sharing app,” Park tells PetaPixel. “We figured it wouldn’t make a lot of sense to tell people which of their photos they should share without also giving them a medium in which to actually share. Sure, Instagram exists, but uploading to Lensii, having the app tell you which photos look good, closing the app, opening Instagram, and uploading again to Instagram is just too many steps. People are lazy, and that wouldn’t be a good long-term solution.”

Based on early screenshots provided by the company, Lensii’s design takes a lot of elements from Instagram; it appears to be an extremely familiar interface.

Added to this, Park says that Lensii believes that Instagram is falling out with photographers for a number of reasons, including the existence of too many ads, Facebook/Meta’s data collection practices, the fact that the algorithm makes it hard or impossible for many emerging artists to be seen, the addition of “useless” tabs such as the shop and Reels, and the notion that Instagram just feels like a giant popularity contest.

“To get around the popularity contest aspect, we don’t have ‘likes,’” Park says. “Instead, people can vote on how good they think a picture in a post looks, and only the average vote will be visible. This also has the secondary effect of helping us improve our machine learning model for when the photo library part of the app launches, since every vote is a piece of data we can use to train the model.”

Lensii won’t use an algorithm to determine what people see in the feed either. Park explains that everything will be chronological, and the plan is to use the voting system divided by a function of the age of the post to rank in a “discovery” queue. Park says this is similar to how Reddit ranks, and he believes this will make discovery feel more organic.

“We’ve also added image moderation to prohibit some content. On Instagram, body image issues cause concern over the toxicity of the platform. On Lensii, any raw or partial nudity is blocked, and we’re hoping this will mitigate the problem. Other images that are also blocked are extremism (Nazi symbols and the like) and excessive gore,” he says.

Park says that the number of photo-sharing apps that may be considered alternatives to Instagram have grown in the last few months, but believes that a few key things make Lensii better:

On that last note, Park says when it launches, Lensii will be the only form of social media that has this feature.

“We’re hoping this creates a positive feedback loop where social helps the AI improve, and the AI library gets people to try out social,” he says.

Lensii is set to launch its photo-sharing app on Sunday, November 14 on both the Apple App Store and Google Play. The addition of the AI-assisted cloud storage system is planned for a late 2022 release.