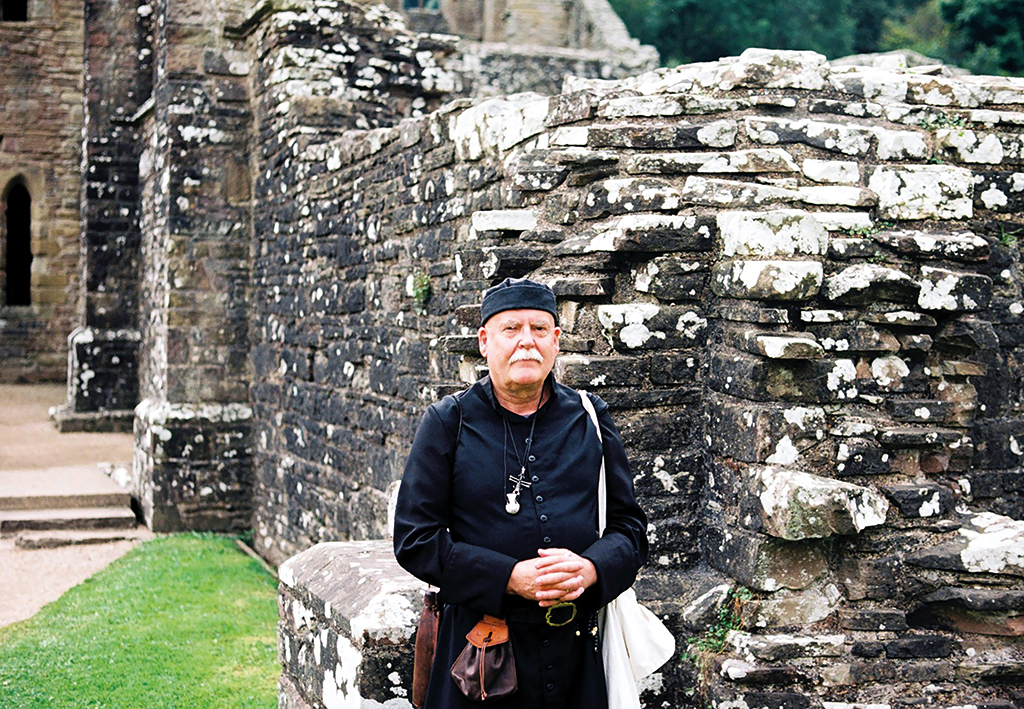 Leica’s film SLRs from the ’90s won’t win so many cool points, but the R7 is a real workhorse, with quality, affordable lenses. Geoff Harris reflects on owning one

Leica R7: at a glance

The R series of 35mm film SLRs remains a very cost-effective way of building a Leica system without having to sell your organs or remortgage the house. They aren’t as cool and iconic as M-series rangefinders, but these cameras are well-made workhorses that take a wide choice of quality glass at reasonable prices.

The camera we’re looking at here, the Leica R7, came out in 1992 and you can find a mint model from a dealer for around £300, usually with a warranty; the roughly contemporaneous Leica M6 rangefinder costs over £2,000 on eBay. You do the maths.

I became interested in the R series for the above reasons, having succumbed to the red-dot cult after using Leica’s excellent digital CL.

I started out with the purely mechanical R6 because I was looking for a more ‘pure’ photographic experience after years of trigger-happy digital shooting. The R6 is an intriguing camera for the JPEG generation, as it works without batteries; furthermore, its Mastodon-like build quality can withstand the toughest of conditions, which is why Salgado used it to cover the burning of the Iraqi oil wells in 1991.

Recently I also acquired a spotless R7 from Park Cameras

First, some background. The R7 was the seventh iteration in the R series of SLRs; Leica needed another market apart from rangefinders and had been in partnership with Minolta for a while. The camera was relatively ‘advanced’ compared to its bare-bones predecessors, the R6 and R6.2. The R7 needs batteries to work, for example, and more importantly offers program, aperture priority and shutter priority modes.

As for other new-fangled stuff like AF, Leica still said ‘nein, danke’ – the R7 is manual focus. The R7 does offer full TTL flash automation, however, and DX film sensitivity recognition. Otherwise, the differences between the R6/6.2 and R7 are not that big.

In use, the R7 is a solid and pleasing camera, albeit one with a few quirks – or expressions of character, depending on your point of view.

Film loading, for example, involves slotting the film leader into two small slots and then pulling the film over to the left. It takes some getting used to. Apparently Leica designed it this way so that you can quickly load film with one hand, but it solved one ‘problem’ by creating another. While the read-outs on the viewfinder are clear, the on-camera windows for ISO, exposure compensation and shooting modes are titchy, and easy to mis-read if you forget your glasses.

The film rewind lever feels plasticky too, and contrasts with the very solid build of the rest of the camera. You will need two 3V lithium cells to power the R7 – though you can still shoot at 1/100th second or bulb mode without – and some users complain the camera is quite heavy at 670g. It’s taller than the R6 too.

I have big hands and it’s not much heavier than an M10 Monochrom, so I don’t mind this.

These are the main downsides, however, and they are hardly deal-breakers if you can live without AF. The R7 is great to use; everything falls to hand logically, and the lovely Leica viewfinder is bright and clear.

An easily adjustable dioptre helps match your eyesight, and manually focusing R lenses is very straightforward, even more so if you use zone focusing (more on the lenses later). Extra focusing screens are easily found, such as those with grids to help composition, but they are very delicate and not that easy to fit – I learned the hard way and ended up going to a specialist camera shop.

The metering system seems very reliable and it is handy to be able to shoot in aperture or program mode when trying to capture fast-moving street scenes, for example. Selective/spot mode is only available in aperture priority and manual modes, however.

While the camera is solid and nice to use, there is nothing particularly special about it compared to rival Japanese SLRs from the period, including price. What really sold me on the R system was the quality of the lenses.

You can pick up R-series glass for the fraction of the cost of M-series gear, and they really deliver the goods: smooth aperture and focusing rings, attractive contrast, bokeh and, crucially, very acceptable sharpness.

Whether R-series lenses are as good as their M equivalents is hotly debated online, but according to the Leica expert Erwin Puts, writing in 2003, ‘The Summicron-R 50mm f/2 is almost identical in optical construction with its counterpart in the M system. It is one of the two or three best standard lenses in the world.’ This particular lens cost me £250, which, if Puts was right, makes it something of a bargain. I also bagged a 35mm f/2.8 Elmarit for similar money, and both work well on my digital Leica CL via a cheap Fotasy adapter and judicious focus peaking.

To conclude. If you are looking for something different from a classic, but rather predictable, film SLR, such as the Nikon F100 or Olympus OM, the Leica R7 is a great choice. It’s not the cheapest film SLR by a long stretch, but it is good value considering how much you’d pay for a Leica M-system model from the same era (and it won’t lose its value).

The camera is very well made, generally enjoyable to use, and the lenses are outstanding. Whether to buy the R7 or the older R6 comes down to how much you want a mechanical camera, and whether you’re willing to take the chance of ending up with an expensive paperweight should the ’90s electronics fail. I’m taking this risk because the R7’s P, S and A modes are genuinely useful, and the camera didn’t cost a bomb to begin with.

As for the R8, it’s even more advanced, but looks like a 1950s Kodak Brownie on steroids. With demand for vintage Leica gear growing year by year, and R-series lenses being sought after by film makers seeking the classic look, now is a good time to buy an R7 before prices get silly.

The Summicron R 50mm also works well on my digital Leica CL via an adaptor.