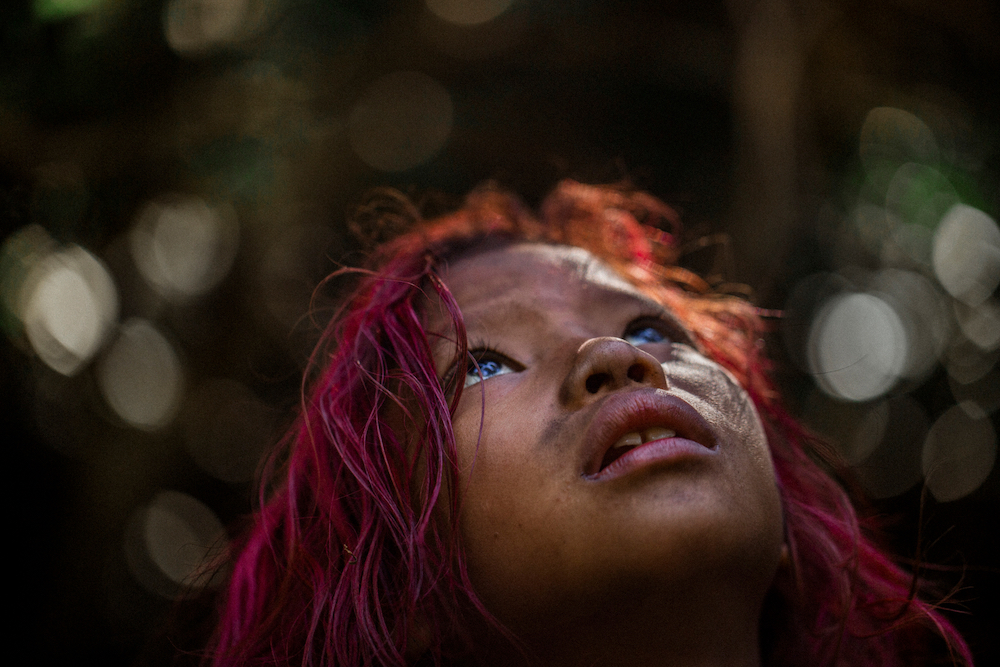 The 12 shortlisted candidates have been chosen for the 42nd edition of the internationally renowned Leica Oskar Barnack Award (LOBA) photography competition.

The LOBA jury selected the 2022 shortlist from proposals submitted by 60 top-ranking international photography experts from 34 countries.

For the first time this year, the Leica Oskar Barnack Award Newcomer – for a photographer under the age of 30 – has been selected in collaboration with international institutions and universities from 15 countries, who have also submitted proposals.

Karin Rehn-Kaufmann said, ‘Once again this year, we were impressed by the diversity and high quality of the series submitted; it was particularly delightful to see the many young participants, as well as the higher proportion of women photographers. The fact that we live in challenging times, defined by climate change and global crises, has also left its mark on this LOBA year. Supporting the work and commitment of photographers around the globe is an increasingly important and meaningful task, which Leica Camera AG is happy to take on.’

The LOBA 2022 shortlist (Main and Newcomer categories, in alphabetical order) is…

Lynsey Addario: Women on the Frontline of Climate Change

Four perspectives on the consequences of climate change: the US photojournalist Lysey Addario (born 1973) presents women firefighters in Northern California; indigenous women in the Brazilian Amazon fighting slash-and-burn practices and land appropriation; women from flooded areas in Southern Sudan; and women in the drought-plagued regions of Ethiopia. Visually striking images illustrate how the advance of climate change is threatening and destroying every aspect of life, be it in Africa, North or South America.

Madalyn Schiffel, 26 takes a break during a long day fighting fires that burned overnight near West Point Station in California, September 4, 2021. Fire fighters who have been with CAL FIRE for decades are saying that the seasons are getting longer and longer as drought stress combines with critical levels of forest fuel curing and burning earlier and earlier. © Lynsey Addario/LOBA 2022

Irene Barlian: Land of the Sea

As the largest island nation on the planet, Indonesia is acutely affected by ongoing climate change. It threatens the livelihoods of millions of people; their displacement has long become a reality. The capital of Jakarta is already known as the fastest sinking metropolis in the world. This is a wake-up call in the form of photography: in this series, Indonesian photographer Irene Barlian (born in 1989) documents a humanitarian crisis and the effects of flooding along the coastal regions.

A woman is drying clothes in a pool of seawater at Timbulsloko Village, Demak on 11 June 2021. Since the sea water inundated this village, inhabitants are forced to drastically change their way of life and limit the social life within the village. Many Residents are switching professions due to changing landscape of their environment. © Irene Barlian/LOBA 2022

Even today, Peruvian mining is still defined by neo-colonial structures. This black and white series, taken over the past five years or so by the Italian photojournalist Alessandro Cinque (born 1988), documents the serious ramifications of unrestrained mining for the local populace. Peru has always been rich in mineral wealth; consequently, mining is an important economic asset for the country. Even so, the indigenous communities have remained impoverished and suffer greatly from the destruction of their vital resources.

People on the balcony of a house in Ahrweiler, Germany on 15 July 2021. On the first day after the flood, the extent of the destruction was difficult to assess, so there was a catastrophic shortage of equipment and emergency personnel in the flooded area. © DOCKS Collective/LOBA 2022

Valentin Goppel: Between the Years

Young adults living in the times of Corona: the German photographer Valentin Goppel (born 2000) traces the effects of the pandemic on his generation. He, too, experienced the sudden breaking down of old habits and the feeling of insecurity, which seemed to determine every plan for the future. Corona appears to be like a catalyst for ongoing disorientation. Photography, however, presented a tool with which to better understand his thoughts and fears, and to find images for the sense of forlornness.

Kiana Hayeri: Promises Written on the Ice, Left in the Sun

After the withdrawal of Western troops from Afghanistan in the summer of 2021, it became clear within days, that the Taliban would work to destroy everything that had been achieved concerning freedom of expression, women’s rights and education, replacing them with renewed fear and insecurity. Born in Iran in 1988, the photographer Kiana Hayeri grew up in Canada, and has been living in Afghanistan for more than seven years: time and again her work focuses in particular on the difficult living situations for women.

Nili, Daikundi, Afghanistan, 19 March 2021. One Friday afternoon, Nazanin (21, creme scarf, right) and her friends, Salima (22, floral scarf, left), Madina (19, yellow scarf) and Zulaikha (20, pink scarf), go out to Bandi Bargh (Electricity Dam) for a picnic, a day before the arrival of the new year. All girls are from far out districts of Daikundi and unable to go home for this year’s Now Rooz celebration. This Now Rooz marks the start of a new century in Gregorian calendar. © Kiana Hayeri/LOBA 2022

Active local climate protection with global repercussions: in this series, the German photographer Nanna Heitmann (born 1994) introduces the inhabitants of Lokolama, a village in the Democratic Republic of Congo. They are determined to defend their vast, and hitherto untouched peatlands against the threat of deforestation and resource extraction. Enormously important to the global climate, the area represents one of the largest tropical peatlands on the planet – an ecological marvel that stores many billions of tonnes of carbon.

Oases are an important ecological buffer against desertification, and represent places of biological diversity. In addition to abundant water and the right soil quality, date palms are a crucial element. Now more than ever, the balance of these factors is threatened by climate change and human intervention. The Moroccan photographer M’hammed Kilito (born in 1981) provides insight, not only into this sensitive ecosystem, but also into the intangible heritage of the nomadic cultures of his home country.

A man looking for water in the desert. © M’hammed Kilito/LOBA 2022

Inspired by the country’s traditions, craftsmanship and mythologies, this series is dedicated to the landscapes of the Democratic Republic of Congo. Born in 1988, the Belgian photographer and visual artist Léonard Pongo’s approach is highly subjective. Transgressing the material limits of photography, themes of emergence, apocalypse and eternal recurrence become an allegorical narrative about the history of humanity and the planet, with the Congo at its centre.

This series focuses on the Dorjean-Desmornes family, whom the Mexican photographer Victoria Razo (born 1994) accompanied for two-and-a-half months during their migration to the USA. The family came originally from Haiti, and they are among the thousands of people who tried to reach the US via Mexico, in September 2021 alone. Their fate is representative of those who hope for a better life by migrating to the US, despite a journey representing years of hardship and great risk to their lives.

Hundreds of migrants cross the river from Del Rio, Texas, to Ciudad Acuña, Coahuila, Mexico, to buy food and supplies before returning to the US on 20 September 2021. In mid-September, approximately 15,000 migrants converged under a bridge at the U.S.-Mexico border, in Del Rio. Many were Haitians who had left Haiti for countries in Latin America years ago. © Victoria Razo/LOBA 2022

In this photographic essay, the Colombian photographer Felipe Romero Beltrán, born in 1992 and now residing in Spain, places the border region between the US and northern Mexico at the centre of his observations. The Rio Bravo is defined by its double status as both a river and the borderline. The project, which is still in progress, was begun on the river’s Mexican banks. Everything there seems to be in limbo; be it people, objects or even the architecture. Everything is defined by the border situation.

The largest city in the Americas stands on former forest lands, a large region along the Brazilian coast, once inhabited by the indigenous Guarani people. One of the few pockets remaining today in the São Paulo area consists of six villages with around 700 Guarani Mbyá, and is the smallest demarcated indigenous land in Brazil. The Brazilian photographer Rafael Vilela (born 1989) dedicated himself to this indigenous community and questions the standard urban development model, in times of climate change.

More images and information about all of this year’s shortlisted projects can be viewed on the Leica Oskar Barnack Award website.

On 20 October 2022, the winners in the Main and Newcomer categories will be honoured during an award ceremony, within the framework of a large Celebration of Photography, during which the Leica Hall of Fame Award will also be presented.

Following the award ceremony, all the LOBA series will be on display in a large exhibition at the Ernst Leitz Museum, produced with the kind support of WhiteWall.

A comprehensive accompanying catalogue will be presented.

After the exhibition in Wetzlar, the LOBA 2022 presentation will be shown at other Leica Galleries and at photo festivals around the world.

The winner of the Newcomer Award receives €10,000 euros and a Leica Q2.