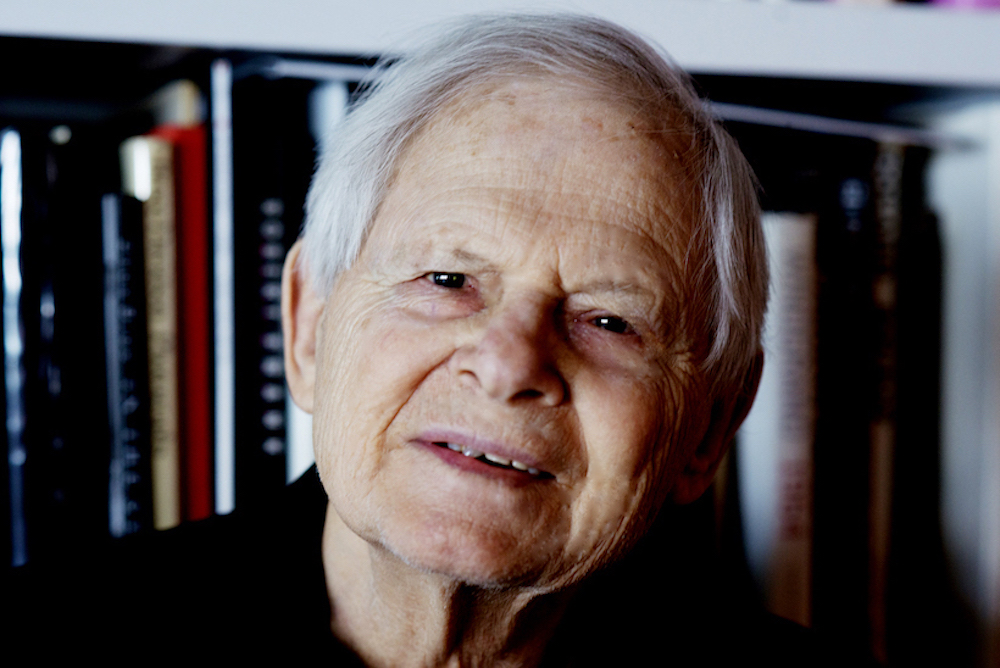 Steve Schapiro – the award-winning US photojournalist, who built his reputation covering the US civil rights movement in the 1960s – passed away at his home on Saturday 15 January 2022, aged 87, after suffering from pancreatic cancer.

Schapiro was born in New York City in 1934 and his interest in photography dated back to his childhood when he used a Kodak 127 format film camera at summer camp, aged nine. He got his first break by convincing the Catholic magazine Jubilee to run a story on migrant workers in Arkansas, for which he wasn’t paid, but one of the pictures was then picked up and ran on the cover of the New York Times’ Magazine section.

Schapiro learnt alongside the famous US photojournalist W. Eugene Smith and, in a 2018 interview with Amateur Photographer’s current Acting News Editor, Steve Fairclough, he revealed, ‘I learnt a feeling for humanity from him (Smith) and tricks of the trade, such as often a picture works best if there are two points of interest in it. So, it‘s not just a portrait of someone but you see something else that really shows you more about them or interests you so your eye goes back and forth between the two. It becomes a more satisfying experience and you stay with the photograph longer.’

As well as Smith one of his role models was French photographer Henri Cartier-Bresson. Schapiro began his career in 1961 as a freelancer, using Nikon rangefinder cameras, and he kept pestering LIFE magazine for work. In 2017 he told AP, ‘I would just keep going up to LIFE magazine. I did a story on narcotics addiction in East Harlem and I would keep going up to LIFE and finally they gave me an assignment that worked out… and I started working very regularly for them. The second job I did was with a writer named Patrick Dennis who had done a book called Auntie Mame, which became a movie and a theatre piece. I’d heard that LIFE magazine liked to photograph people in then bathtub so I brought along some bubble bath. So I took a picture of him [Dennis] in the bathtub with the bubble bath and it became my first full-page picture in LIFE magazine.’

After reading as essay by James Baldwin, which became The Fire Next Time, Schapiro asked LIFE magazine if he could shoot a photo essay on-the-road with Baldwin – the idea was accepted and this led to him meeting a lot of the US civil rights leaders on his travels. He went on to photograph the March on Washington in 1963, the Selma to Montgomery March in 1965, Dr. Martin Luther King Jr. and the aftermath of his assassination, as well as Robert F. Kennedy’s presidential campaign in 1968.

Schapiro’s focus later fell more on the movie and celebrity world, including being an on-set photographer for the classic movies Midnight Cowboy (1969), The Godfather (1972) and Taxi Driver (1976). In 2018 he told AP why he made the switch in direction in his career, ‘Because I was working very heavily for LIFE magazine the movie studios felt that if they hired me to work on a film the odds were that the pictures would be good and that they would be good for publicity and advertising. For The Godfather I got LIFE to guarantee a cover before the shoot and before anyone knew what [Marlon] Brando looked like in the movie. So then I could go back to the studio and say, “OK, I have a guaranteed cover for you”. The studios liked me and I never was a unit photographer; I always was a special photographer coming in for publicity and advertising. But for The Godfather I worked 12 weeks on the film… a long time.’

He also produced a number of celebrity portraits, including the likes of Muhammad Ali, Andy Warhol, Truman Capote, Samuel Beckett, Robert F. Kennedy and Martin Luther King Jr. – many of which featured in his 2007 book Schapiro’s Heroes, which was a winner of an Art Directors Club Cube Award. He also collaborated on producing record covers for the music superstars Barbra Streisand and David Bowie.

Some of his most famous celebrity work came out of spending a week with Muhammad Ali in Ali’s hometown of Louisville, Kentucky, 1963, which resulted in the 2018 book ALI (published by powerHouse Books), and a 1974 cover shoot of David Bowie for People magazine. Interestingly, the Ali project saw Schapiro capturing a poignant photograph of the then 21-year-old boxer interacting with his future wife, Lonnie, who was then aged six.

Muhammad Ali pictured with local kids on the porch of his house in Louisville, Kentucky, in May 1963. The then six-year-old girl looking at him is his future wife Lonnie. Image: Steve Schapiro 2022

Of the 1974 shoot with David Bowie, Schapiro told AP, ‘I didn’t know what to expect with Bowie. I anticipated he was going to be flamboyant and that he would come with a big entourage. Bowie was quite spiritual and very serious. We had set up lights at nine in the morning and he finally came at four in the afternoon. He immediately borrowed a cropped neck shirt from one of my assistants and went into the dressing room. He came back 20 minutes later and he had painted white stripes on the shirt, his pants and I think he had even painted his toes white. He started making these circles and drawings on the background paper and on the background paper on the floor he drew a diagram of the tree of life, a Kabbalah diagram. He was very, very serious and I think that shoot was trying out different characterisations to see which [one] might be another personae he could take on. The interesting thing in terms of the stripes, which is the cover of my [2016] Bowie book, is that he only used an outfit like that one other time, which was in his last video (Lazarus). So, it’s a very spiritual thing. The day he wore it with me he was in a very spiritual mood during the Kabbalah images. Then, of course, he was very spiritual just before he knew he was going to die.’

Steve Schapiro’s photographs have graced the covers of dozens of magazines across the world – including LIFE, LOOK, TIME, Newsweek, Rolling Stone, Vanity Fair, Sports Illustrated, People and Paris Match – and have appeared in museum and gallery exhibitions around the world, including recent one-man shows in Los Angeles, London, Amsterdam, Paris and Berlin. His plethora of photo essays covered a wide variety of subjects such as migrant workers, people with developmental problems, drug addiction, Easter in Harlem, the Apollo Theater, Haight-Ashbury, poodles and presidents.

His photography books have included Steve Schapiro: American Edge (2000); The Godfather Family Album (2008), Taxi Driver (2010); Then and Now (2012), with photographs of big movie names such as Marlon Brando, Jack Nicholson, John Huston and Otto Preminger; Barbra Streisand (2014); Bowie (2016); The Fire Next Time (2017), with his civil rights photos taken from 1963-68 accompanied by James Baldwin’s text; and ALI (2018). In 2017 he was awarded the prestigious Lucie Award for Achievement in Photojournalism.

Given his years covering the US civil rights movement it was a sad twist of fate that Steve Schapiro passed away on what would have been Dr. Martin Luther King Jr.’s 93rd birthday. Schapiro told AP in 2017, ‘With Dr. King although I did many, many photographs of him I don’t think I had a conversation with him and, really, I only photographed him in public situations. But a lot happened in that time period and there were a lot of photographs that came out of it, which I’m very happy with. In a lot of pictures I see him looking into the crowd – I mean there were so many death threats on him and here he was this incredible leader who really inspired and was important to so many people… yet I find his eyes searching the crowd and I can only think that all these death threats were in the back of his mind. There was just something in his eyes that was continuous in a lot of the pictures.’

When asked by AP in 2018 what his was most proud of in his career, Schapiro replied, ‘I’m interested in the documentary things, much more than movies. I started off doing things of that sort for LIFE [magazine] and I got sidetracked to going into movies, particularly when LIFE and LOOK folded. Basically it’s the documentary pictures – pictures about civil rights, the world today and the human condition that interest me the most.’

Steve Schapiro is survived by his wife of 39 years, Maura, and his four children; Theophilus, Adam, Elle and Taylor. To find out more about his life and work go to: STEVE SCHAPIRO PHOTOGRAPHY