Larissa Honsek Lets the Light in with Her Amazing Pinhole Photography 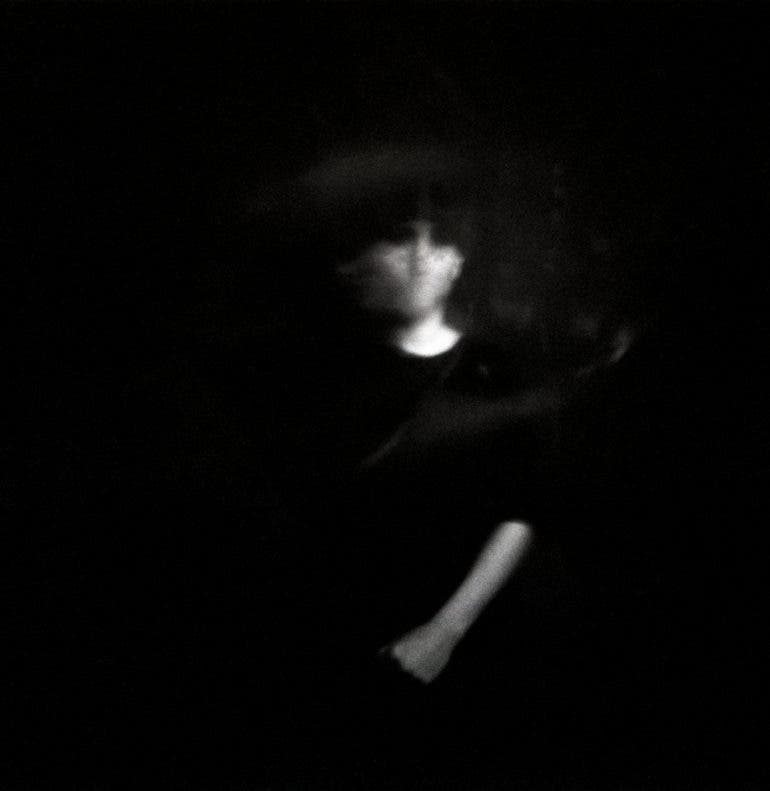 All images by Larissa Honsek. Used with permission.

“I have always liked carrying cameras around and taking pictures of my world,” explains Larissa Honsek. While working as a graphic designer, Honsek became immersed in the world of pinhole photography. She was able to take the simplicity of the art form and add a splash of creativity. Covering a series of images that are sure to amaze, we spoke with Honesk to learn more about her journey so far.

The Phoblographer: Talk to us about how you got into photography.

Larissa Honsek: After years of working as a graphic designer, I had the impulse to develop myself further and to take a closer look at another discipline, so I started [studying] part-time. I spent one year learning the theory and practice of photography and also [discovered] the pinhole camera.

The Phoblographer: Please tell us what draws you to pinhole photography.

Larissa Honsek: A friend in my photography class brought in a pinhole camera one day. I was very inspired. And, after finishing my first film, also very much in love with this box. Shooting with intuition instead of the eye triggers other creative thoughts in me that a normal camera would not.

The Phoblographer: Can you walk us through a list of gear and equipment you use for this type of portrait?

Larissa: In my bag, I always have my pinhole camera – a small wooden box – a light, flexible tripod and a light meter. A converter for the pinhole camera aperture is integrated directly in the camera.

In my pinhole pictures, I work a lot with light painting in the broadest sense, also in the portraits. I always take a small selection of LED or pyrotechnic toys with me. For pyrotechnics, a lighter is standard equipment. I also take my sketchbook with me, where all my ideas are written down.

The Phoblographer: What film or paper format do you use?

The Phoblographer: What influences might we see in your work?

Larissa Honsek: I think my work as a graphic designer and illustrator also strongly influences my work… I think a lot in graphic forms when I plan or experiment with pinhole images.

The Phoblographer: Can you help to explain to our readers how pinhole photography works and the type of image you get? What happens when you widen the size of the pinhole?

Larissa Honsek: The old masters already worked with a kind of pinhole camera, also called camera obscura, to project landscapes or portraits onto canvases and then paint them. Basically, it is a box with a hole. The light falls through the hole onto film or light-sensitive paper at the other end of the box. Depending on the light situation, the size of the hole and the sensitivity of the film or paper, there are basically long exposure times. Producing sharp images out of hand is not possible even on very bright and sunny days… [Pinhole] pictures look very diffused, inaccurate and dreamlike.

The Phoblographer: Does most of your work involve film or printing by hand? Are you against digital manipulation or specifically trying to achieve a ‘pure’ and authentic result?

Larissa Honsek: I work mainly with digital photography. I am also a (children’s book) illustrator and have developed a style where I photograph clay figures and later process them in post-production, all digitally. I also work as a freelance creative director… For me, manipulating and changing images is part of a creative process and a form of expression and definitely has its justification.

However, the beautification of faces and body parts in Photoshop for social media or magazines, which create a certain ideal of beauty and make girls sick, is a sad development in our society.

The Phoblographer: What is your favorite aspect or step in the process?

Larissa Honsek: I also sometimes manipulate my pinhole pictures. In certain series, I take the pictures and change them digitally, work with symmetries, for example, or [add] graphic elements. For an exhibition, I assembled my light sculptures into abstract faces by subsequently arranging them symmetrically. There is also room for faking the result in the analog pinhole world… In art, thank god, there are no such restrictions…

The Phoblographer: Are you still regularly practicing pinhole portrait photography? Did you ever stop or is the break in your portfolio because of other projects you’ve been busy with?

Larissa Honsek: That’s a bit of my personal luck and drama. I am very interested in new things, all the time. At least once a month that I should do another pinhole series and, yes, other projects are stealing the pinhole camera’s place in my life right now.

I am sure in the next few months I will reach for it again when I need a break from other stuff. [There are] two undeveloped films in the cupboard that I need to take to the lab.

The Phoblographer: Your pinhole camera images evoke such a sense of nostalgia, it feels like we’re looking back in time. Are the locations or subjects significant or familiar to you?

Larissa Honsek: Yes, it is a glimpse into my past and also into my holidays. 70% of the pictures were taken in beautiful places and times when I was travelling with my family. My sister sometimes calls herself ‘my photo assistant’.

The Phoblographer: Your subjects seem to really engage in the process. Can you tell us how you set up each image?

Larissa Honsek: The studio pictures usually follow a plan and many sketches of images and ideas that have arisen in my head. Then, I turn on the studio light and try to bring the idea to life through experimentation. [But] it always turns out differently… and always surprising. That is also the beauty of the process. The way (method) is the goal… Sometimes I think I should also document the process because it is so funny, but that exceeds my capacity in those moments. I have to focus.

The Phoblographer: Are there any techniques you have tried to get different results? Any tips you can share?

Larissa Honsek: You have to try out a lot. From a film of 12 pictures, there is maybe one picture that I like. Sometimes I have rows of films with results that do not satisfy me. That is the disadvantage of not being able to see anything, and the composition of the picture and the color world can only be guessed…

Larissa’s versatility is also evident in her other work and projects. These range from a series of cardboard children’s books for an American publisher, familius, and Queen Rules, a successful digital game she worked on with Gabriel Palomino.

In the past two years, Larissa and business partner Christian van de Sandt started aykaa, offering workshops, courses, seminars, and retreats. “Our programs include mindfulness, movement, yoga, creativity, arts & crafts, and nutrition because everything belongs together for a balanced and healthy attitude to life,” she said. See more here.

How Astronomers Use Gravity as the Ultimate Camera Lens

Woman Arrested for Posing as High Schooler To Get Instagram Followers

The Pioneer 500 Battery Pack Can Bring the Studio Anywhere

The iPhone 13 Will Be Thicker and Camera Bump Larger: Report