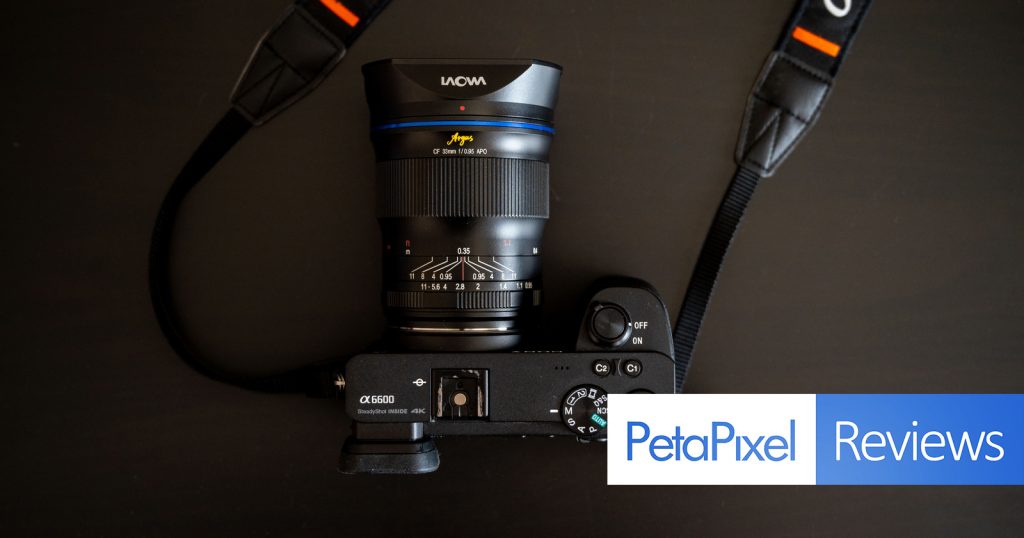 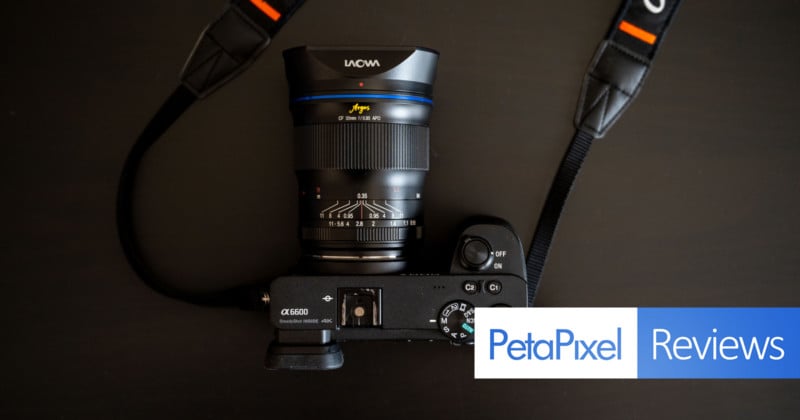 Venus Optics’ Laowa lenses have been growing in both notoriety and popularity over the last few years thanks to their nearly constant stream of new and interesting optics for a wide variety of mounts. The company’s latest is backed by the high-quality promise of its new Argus line: the Laowa Argus 33mm f/0.95 CF APO for APS-C systems. 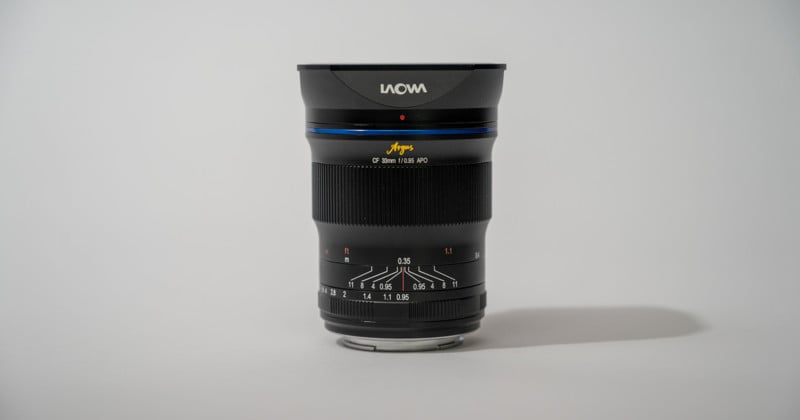 The incredibly fast $500 50mm equivalent manual lens boasts an Apochromatic (APO) design — which should prevent or correct any chromatic and spherical aberrations — and is targeted at video shooters using APS-C systems. APS-C sensors generally means smaller optics, but the Argus bucks that trend and is by no means small. Weighing in at 590 grams (~20.8 ounces), you’ll definitely notice it making your camera a tad front heavy when attached on pretty much all modern APS-C cameras.

As for using with it, since my own work focuses mostly on still images instead of video (and PetaPixel as a whole focuses on still photography first and foremost), this review will be mostly from the perspective of a still shooter. 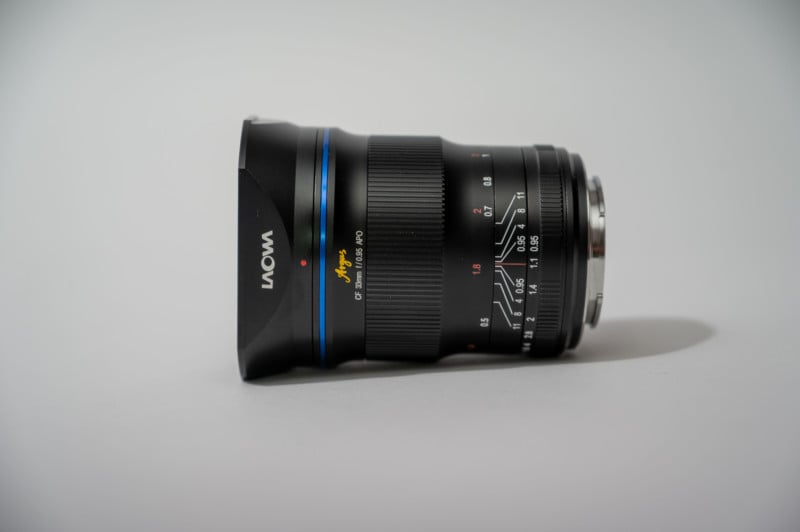 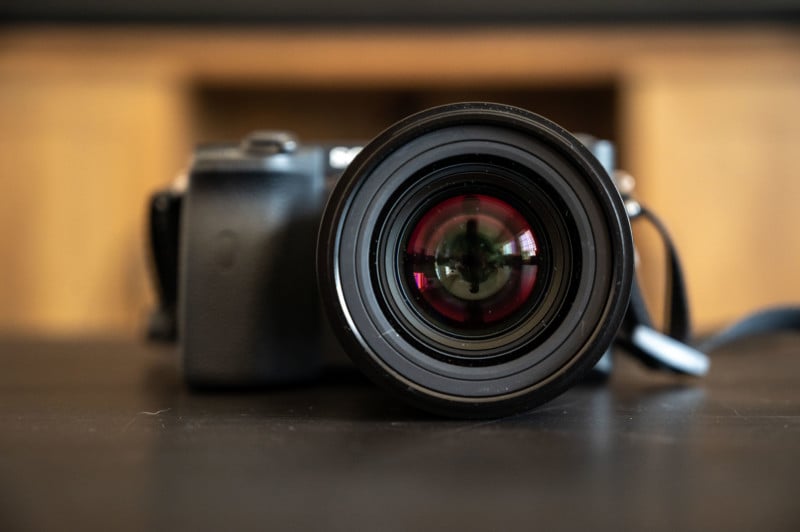 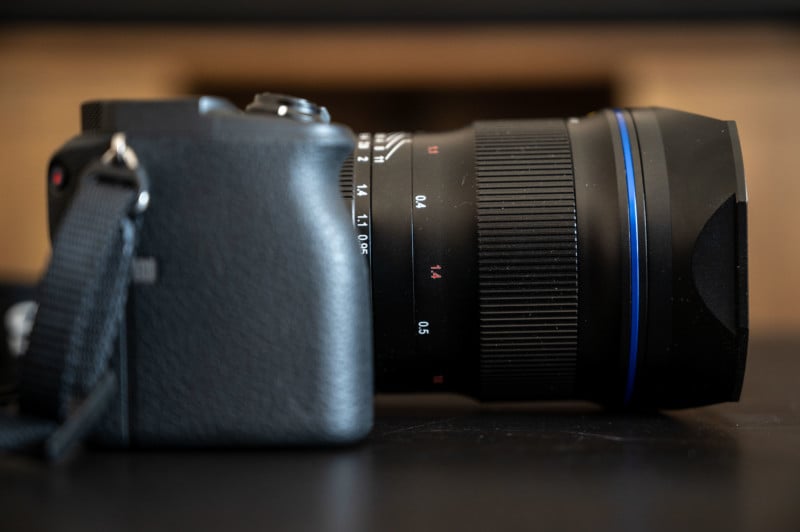 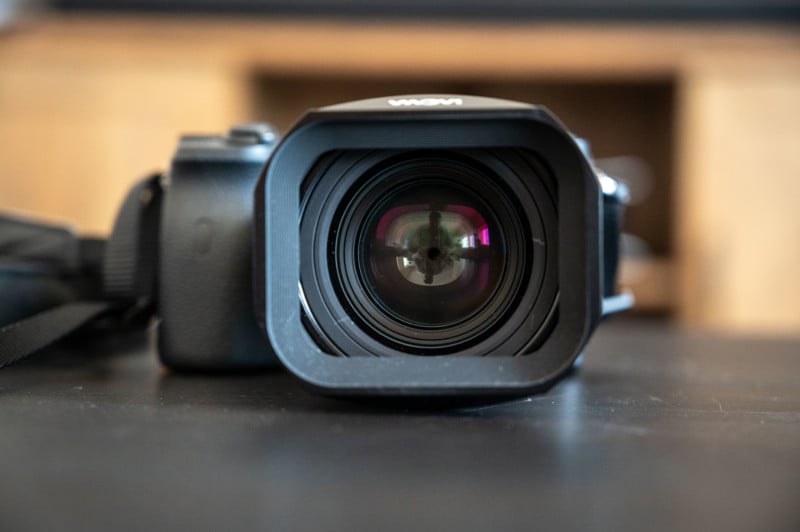 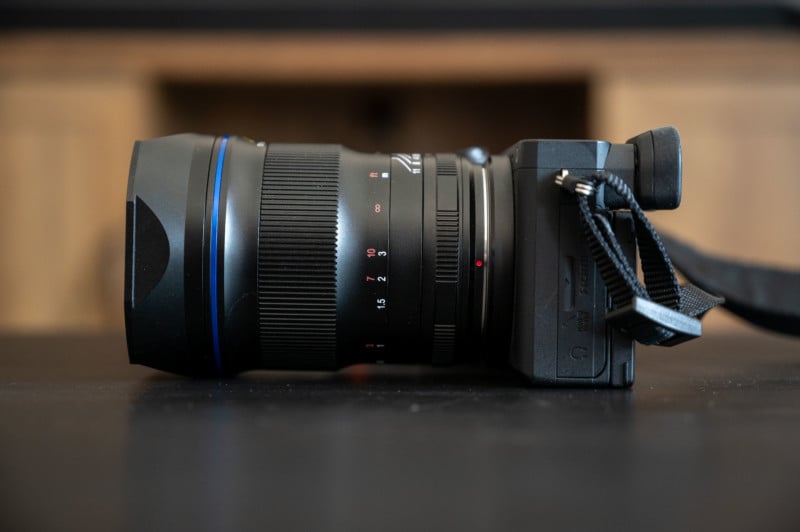 The 33mm Argus is a great feeling lens with a solid metal build and mount giving it a “high-end” feel. Even though this lens is meant for smaller APS-C systems, the lens looks and feels just like its bigger cinema counterparts. The lens itself is quite sturdy with a smooth “clickless” aperture and focus ring, a sleek blue ring at the end of the barrel, and is finished with a rectangular lens hood for a little cinematic flair. The focus ring has just enough tension to feel a little resistance when making adjustments, while the aperture ring is left feeling slightly looser by comparison. Overall though, it’s wonderfully machined and feels great. 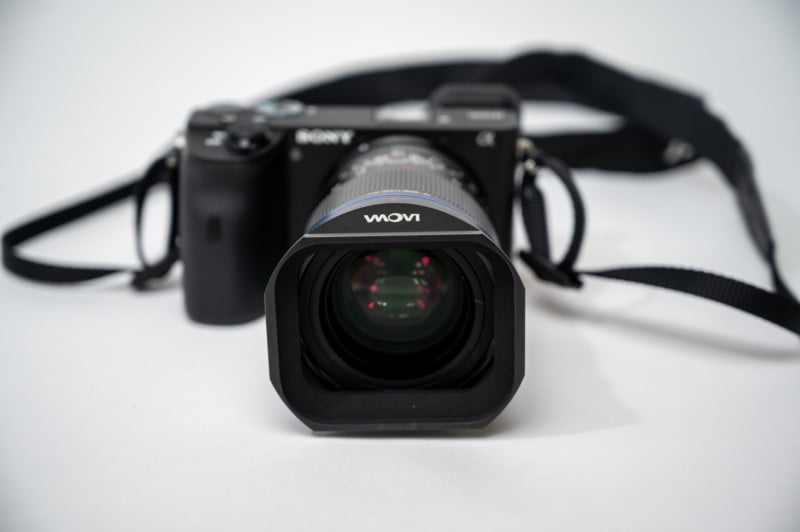 The only thing that threw me off on the aesthetic was the lens hood. Maybe my review sample is an outlier, but for some reason, it just does not sit symmetrically on the lens. That is to say, it sat just ever so slightly skewed to the right, and while this had absolutely zero impact on the shots I took, this tilt just kicked my OCD into overdrive and drove me crazy every time I had it mounted on the lens. It bothered me to such a degree that I just did not end up using it.

Like many of the Laowa lenses in Venus Optics’s lineup, the 33mm f/0.95 Argus is a manual focus lens only. After weeks of using and testing cameras that specifically tout the speed of their autofocus systems, using this manual lens was actually kind of refreshing. Enabling focus peaking is a must when shooting at such wide-open apertures as the f/0.95 offered here, but even then, simply breathing can make you miss the shot so, be prepared to fire a few extra frames in order to assure you’ve nailed that perfect focus.

A bit of a frustrating point with this lens is despite the large and smooth focusing ring, there is an excessive amount of throw in it.

I practically have to stop and take a break every time I’d adjust from near to far focusing. You effectively have to rotate the focus ring almost entirely around (270 degrees) to go from the close 0.35 meter to infinity focus. If this were in a cinema rig that takes advantage of a pulling unit, this wouldn’t be an issue, but most shooters will definitely have to take two twists when quickly adjusting focus distance and likely you’ll miss some key moments if you’re shooting anything that’s not sitting still.

The extra pull does have some usefulness when you’re focusing up close as it allows you to really fine tune things, but if you’re using it as more of a walkabout lens, get working on your forearm strength. 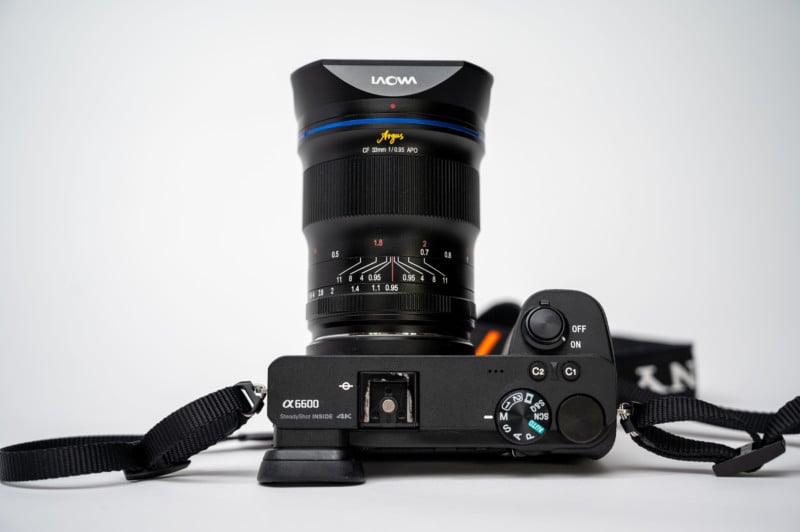 As I mentioned above, the aperture ring is clickless which is ideal for video and will work great if the lens is mounted in a focus pulling kit or gimbal, but as a photographer, it was incredibly easy to accidentally shift the f-stop without immediately noticing. There were countless times while using this lens that I would set it to f/0.95 and it would shift to f/1.4 or f/2.8 by accident and I wouldn’t see it until I reviewed the shots. While I can see that having a clickless aperture is hugely useful in some cases, I think Laowa would have been better served giving us a click and de-click switch to make the lens more versatile like Sony does with its lenses. When in permanent de-clicked mode, it just feels like a cinema lens and not one that is tailored for photographers, which is a shame given the quality of images (more on that below).

How does this lens perform, especially considering the APO designation they claim? While we have not directly compared it yet to Mitakon or 7artisans rivals, from what I did shoot with the lens I found it to be surprisingly good, especially wide open in hard lighting situations. It was rather windy when I did some of the floral shots so nailing the focus was a challenge wide open, but the images were still pretty sharp and clean in the corners stepped up to f/2.8 but beyond that things got a little soft. 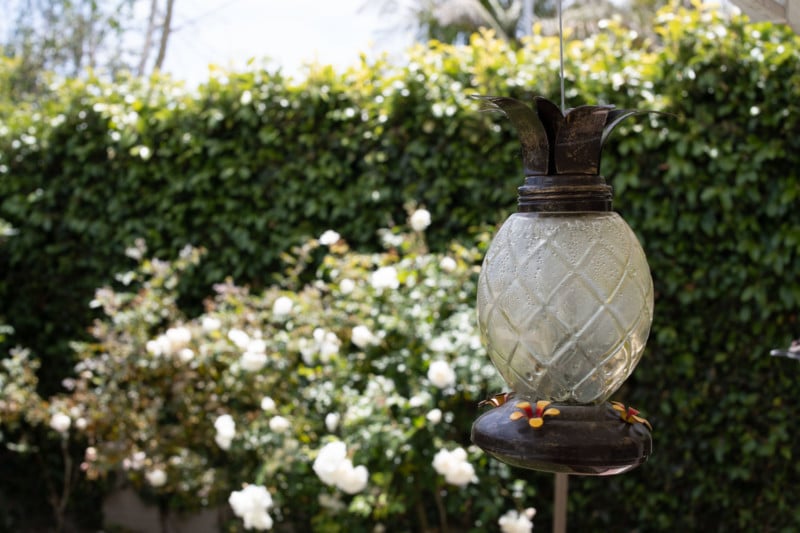 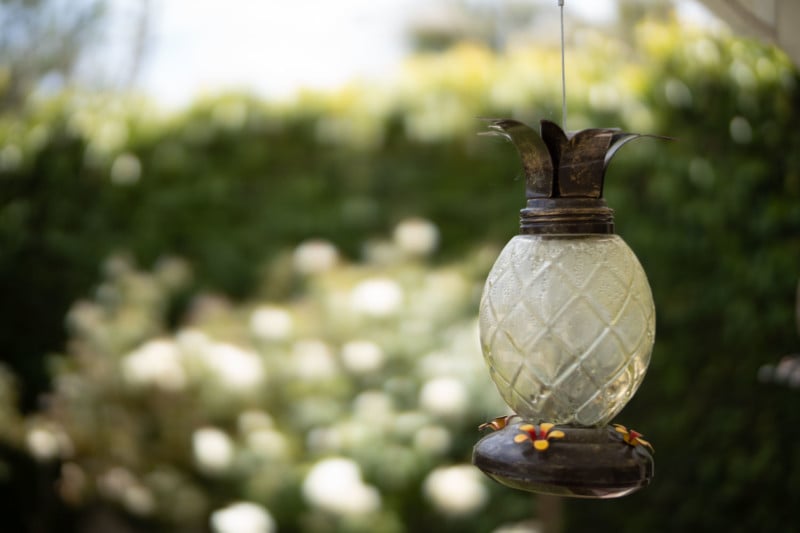 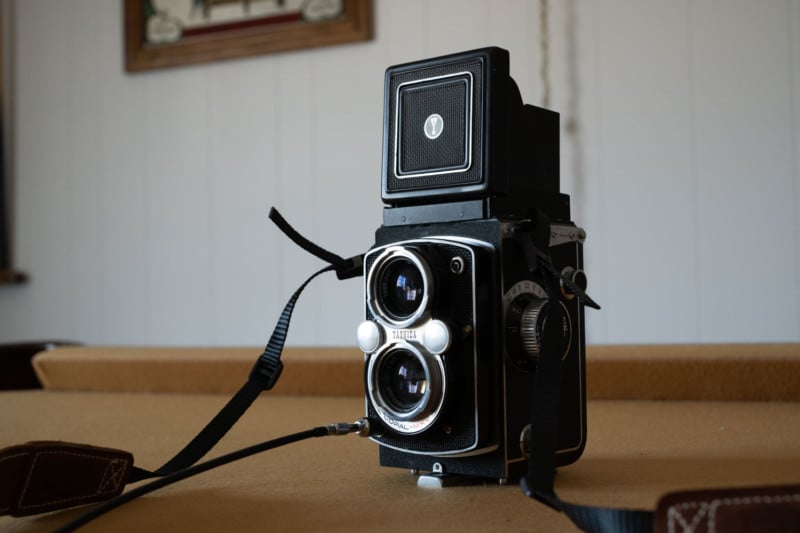 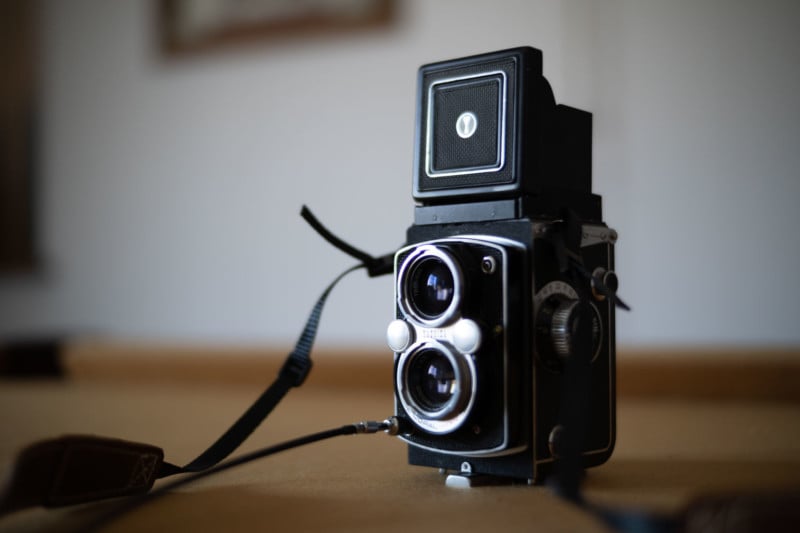 Does it perform the best here? No, but let’s be real: people don’t buy f/0.95 lenses for sharp images edge to edge at all apertures. They buy them for that super dreamy bokeh to draw attention to a subject that is very likely more centrally located in the frame. If it’s decently sharp there, that’s a win when the quality of the defocused area is nearly as important as what is in focus. While you can stop down with a lens like this, it’s not why you get one. 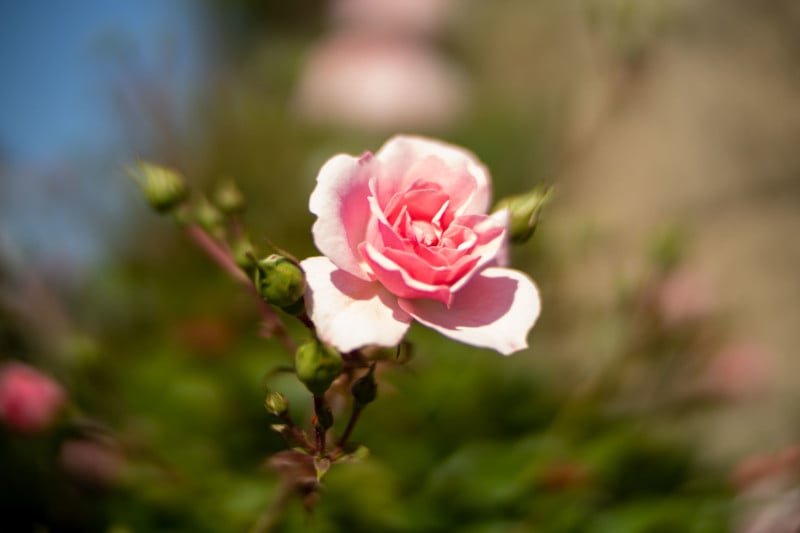 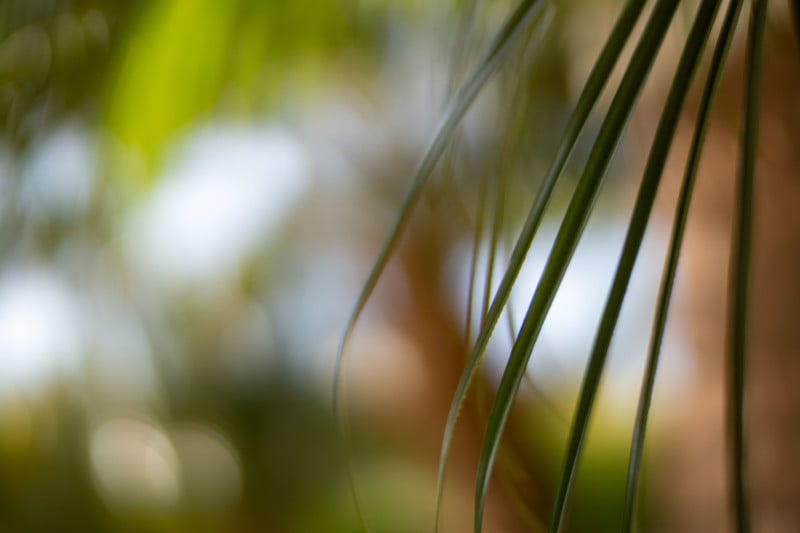 And speaking of those defocused areas, the bokeh on this lens is the reason to get it: it’s so dang nice. I did not notice any glaring rings or harsh spotting and only appreciated a soft, buttery goodness that the bokeh-addicts will absolutely love. I can see the Argus being used to create some incredibly dreamy portraits and even more interesting texture-driven and printable works of art.

The Apochromatic design of the lens supposedly ensures less color fringing and a much better color performance overall when compared to other fast lenses of similar focal length and aperture. This does not mean it will be sharper, only that you can expect better color accuracy in those extra shallow depth of field moments. Will there be vignetting when shooting wide open? Absolutely, but nothing unfamiliar and unexpected from a lens this shallow. The difference from the center to the corner edge is maybe about a stop of light when shooting closer objects and about two stops when shooting wide open for “landscape” images, but in both scenarios, the loss is easily recoverable in post. 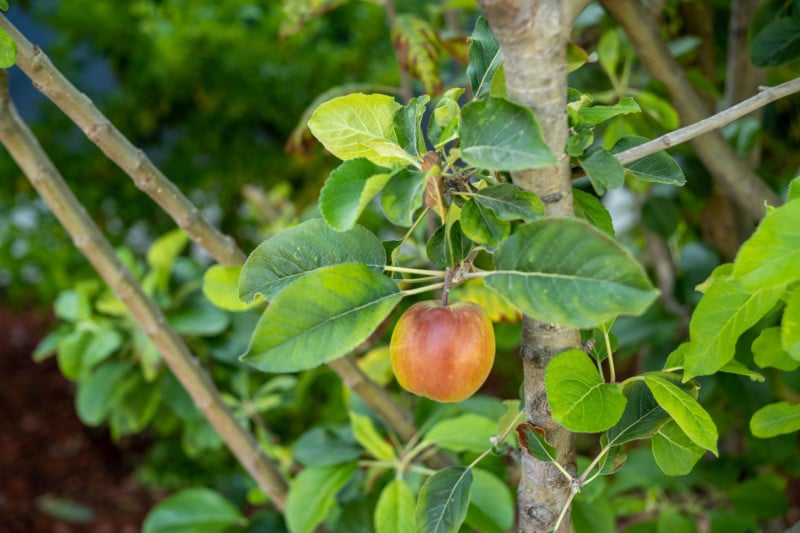 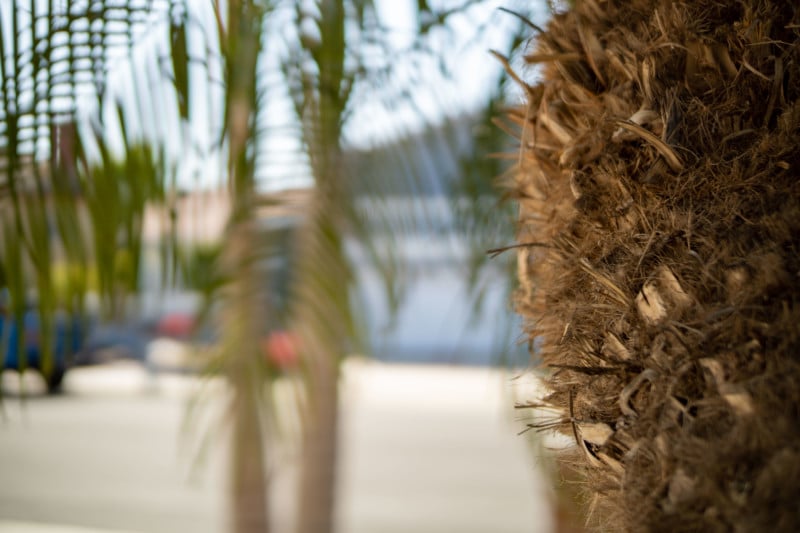 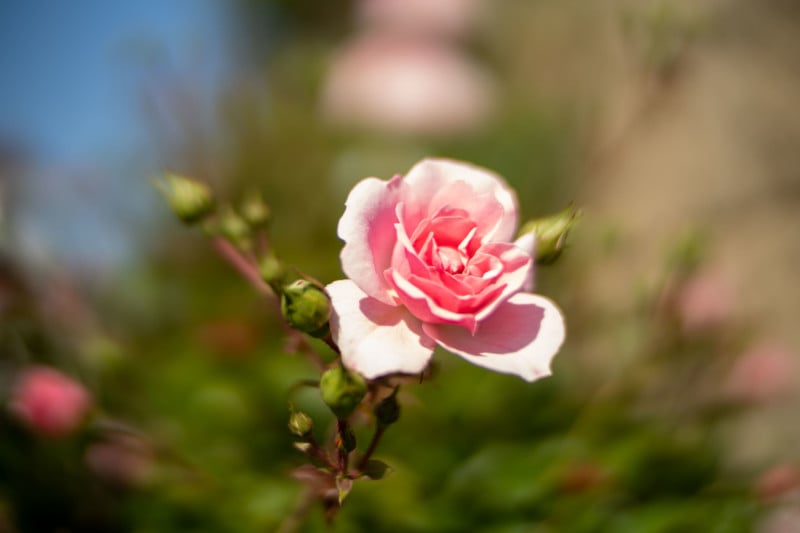 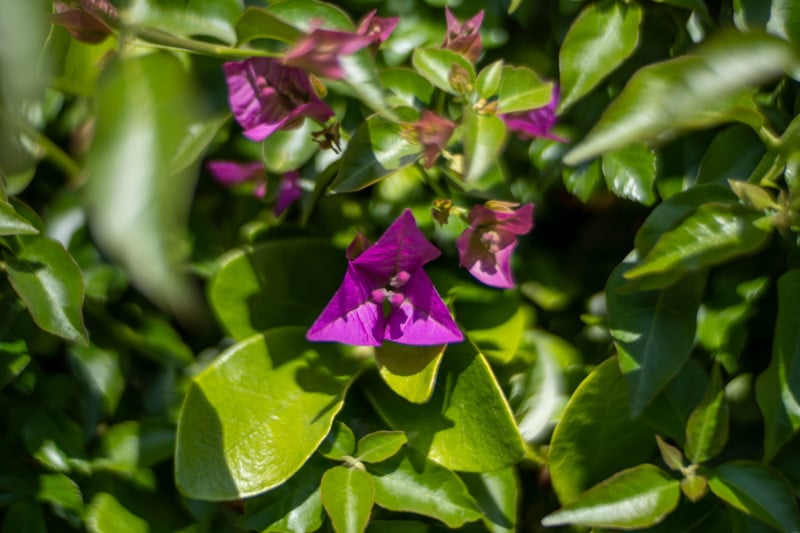 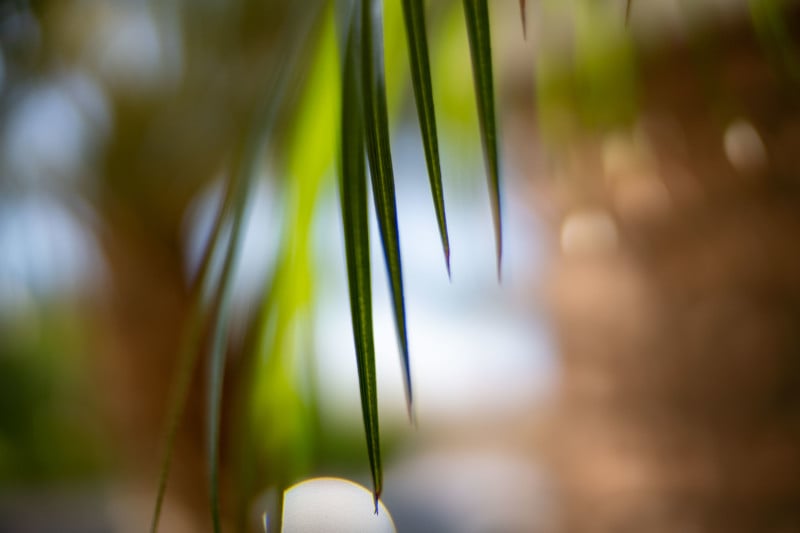 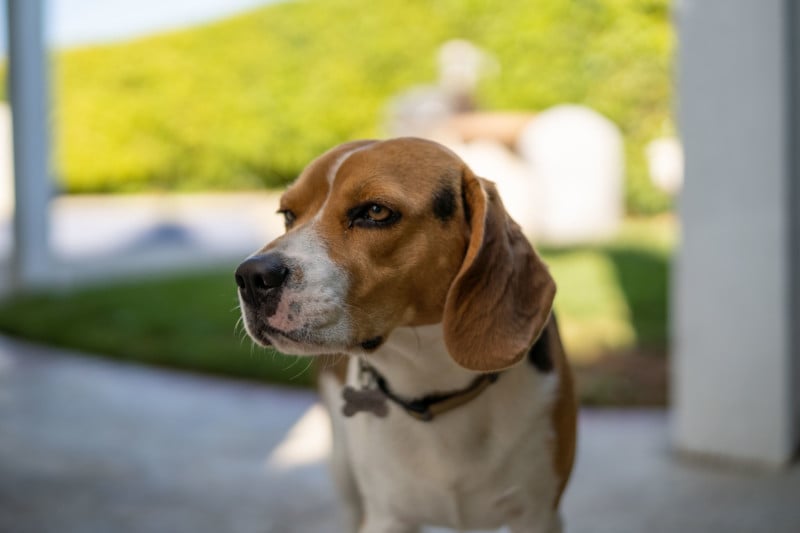 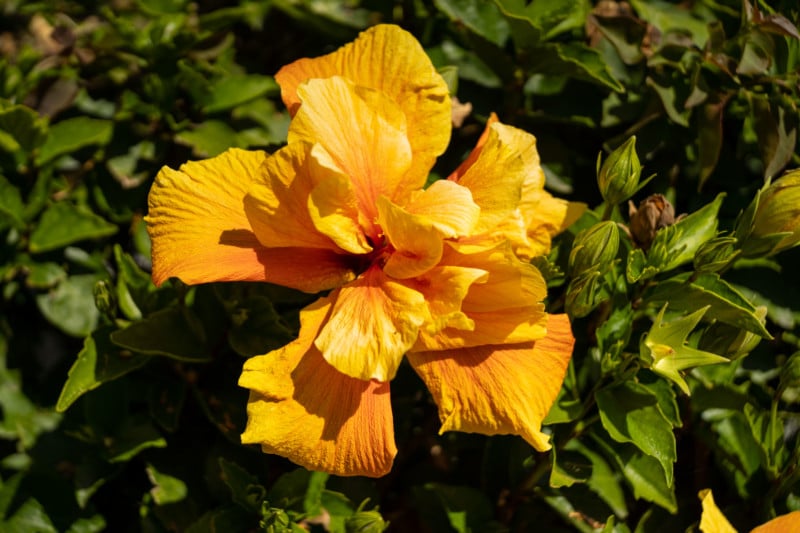 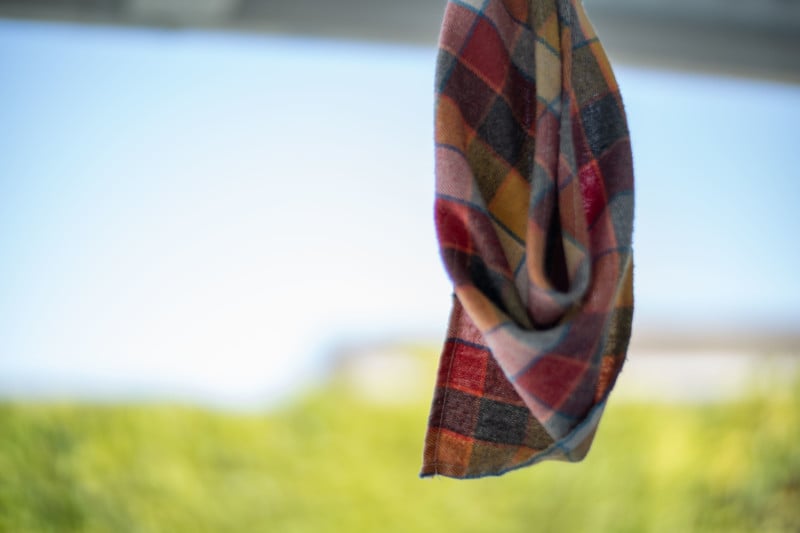 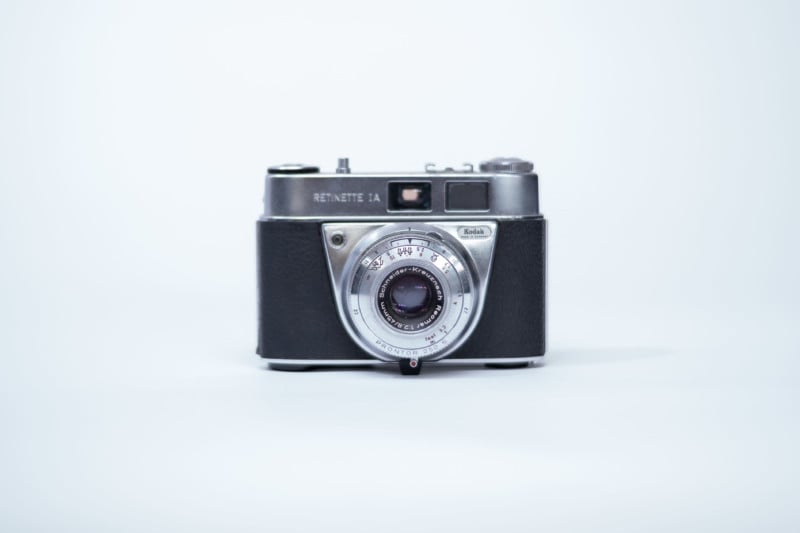 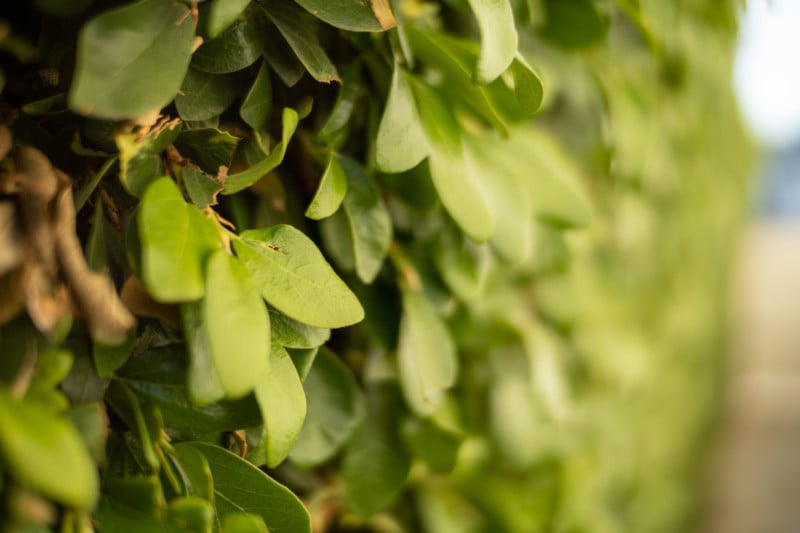 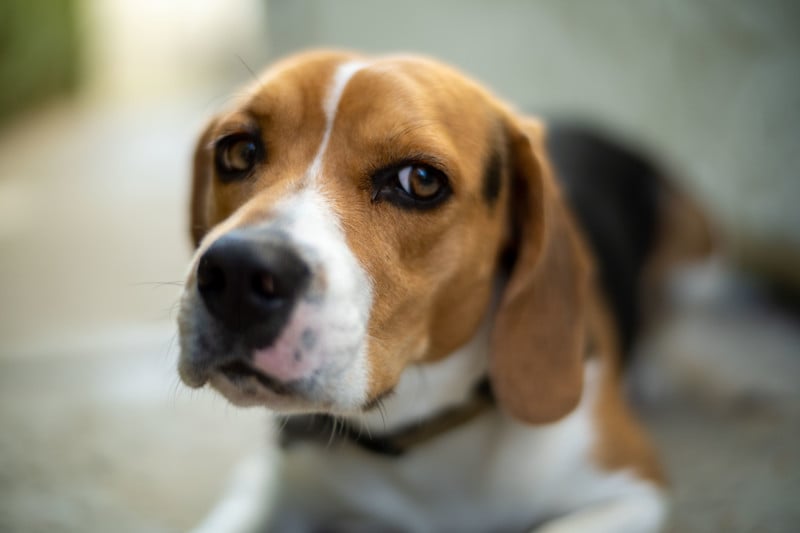 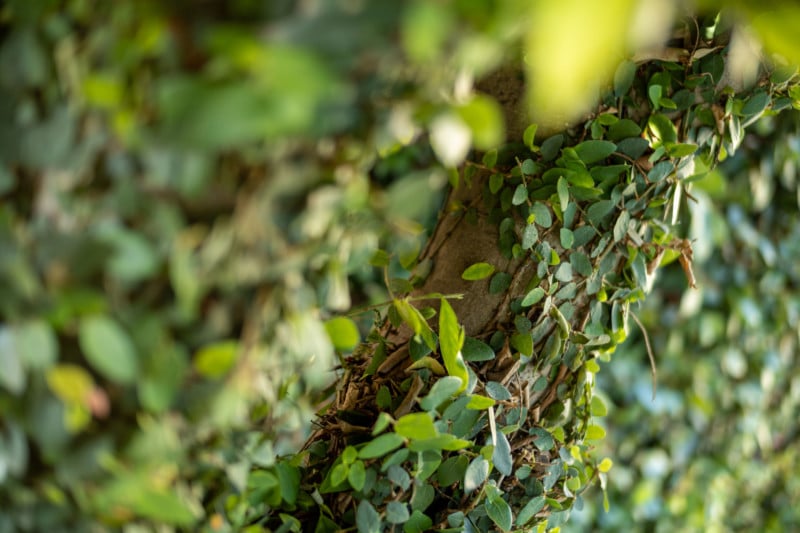 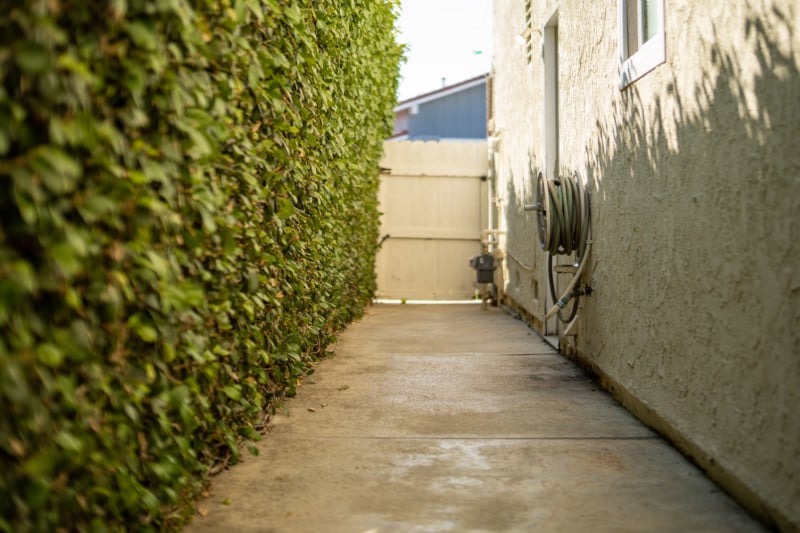 Super Bokeh, But Is It Useful For Still Work?

The Laowa Argus 33mm f/0.95 CF APO is the company’s first entry in its series of “high quality” lenses under the Argus branding. It seems like a fantastic lens for videographers and is definitely a good sign of things to come from the company. While there are a few things I did not enjoy about this lens — the tilted lens hood, the amount of focus throw, and the “loose” aperture ring that would occasionally mess up my shots — I still think it can be a fantastic addition to have in your APS-C kit. This opinion leans even more positive if you’re a video shooter. For photographers specifically, its quirks can be annoying, but perhaps worth it for the bokeh it produces. 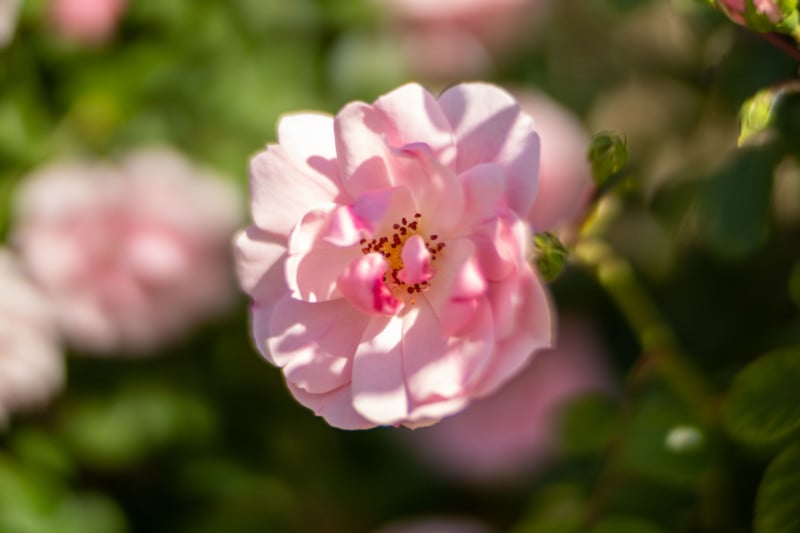 This lens is rather unique in its positioning with its only real rivals being similar lenses from Mitakon and 7artisans which have pretty good reputations for the most part. Venus Optics claims its control of aberrations is superior and has many samples to back that up, but it will be up to you to decide based on the images I show here and any samples the company has shared.

Yes, for the most part. If you are a hybrid shooter that does both video and stills, then the Laowa Argus CF 33mm f/0.95 APO lens would definitely be a welcome addition to your kit for only $500. On the other hand, if you focus solely on stills, there are other options out there with autofocus that will treat you better for “in the moment” and action-based shooting situations. You’ll just have to settle for f/1.4 or f/1.8 and miss out on some of that extra bokeh found here.