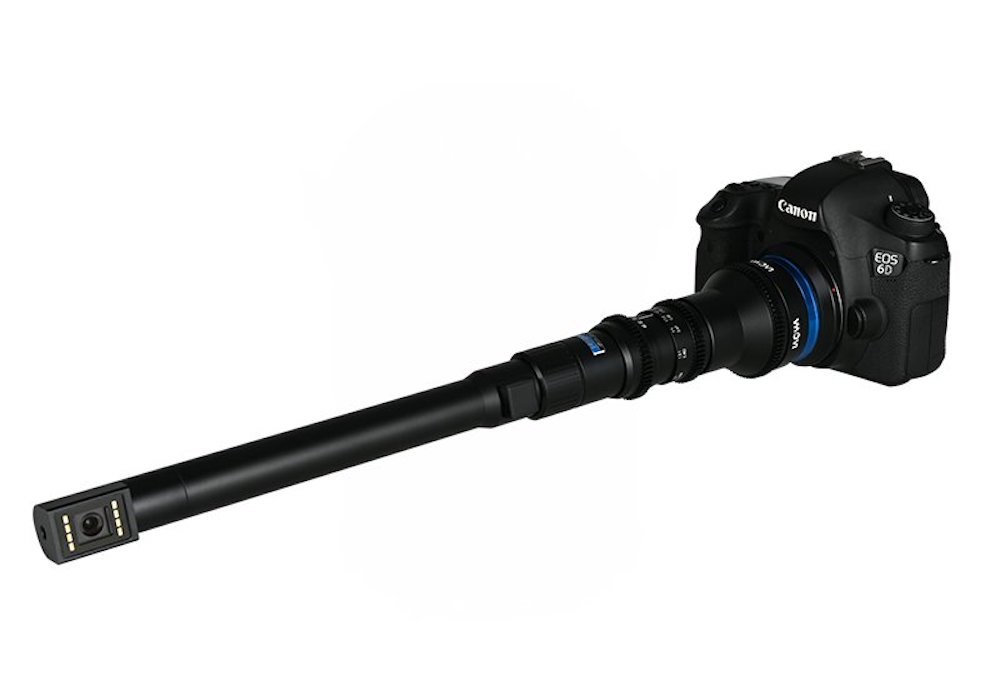 The new 24mm T14 2x PeriProbe lens now comes with a new, interchangeable 90° Periscope tube or you can ‘shoot straight’ at 0°.

The lens can also rotate 360° along the axis by unlocking the orientation ring.

The lens has an 85° angle of view and a close working distance of just 2cm, which helps to create the ‘bug-eye’ perspective.

The lens is especially useful for shooting small subjects underwater, to get close-ups of bugs on land, to shoot commercial stills or to film close-ups for wildlife documentaries.

The lens’ 2x magnification allows for capturing subjects of different sizes with details.

Users can poke the long and waterproof barrel into a tight space or underwater to obtain a unique perspective.

What’s in the box?

Additional accessories can also be mounted at the tip of the lens through the ¼-inch screw hole.