Lance Keeth on Why He Resonates Better With His Film Cameras 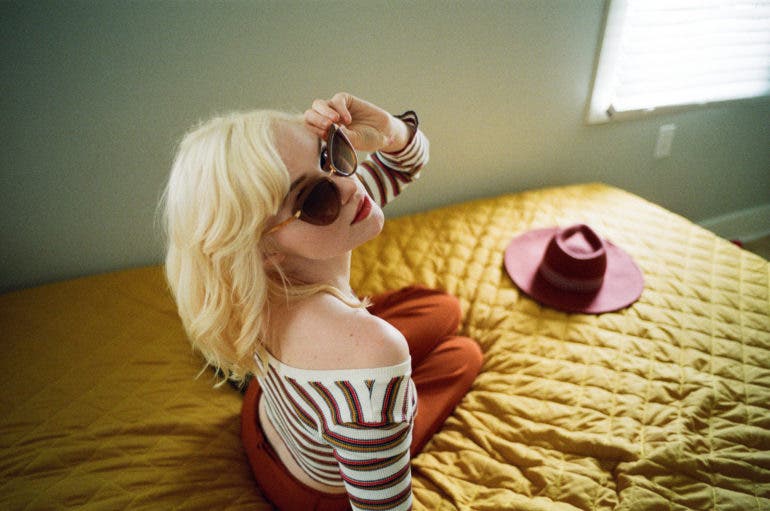 “Growth is everything. And as long as you’re open to learning, you’ll continue to grow,” clarifies Alabama native Lance Keeth when queried about his personal improvements as a photographer. He doesn’t feel an emotional connection with the instant images digital photography produces. Making an effort to shoot film at every possible opportunity, he prefers the intuitive and personal feeling this format gives him.

I do love my film photography cameras. Lance would agree when I say that most photographers feel a more profound connection with analog cameras than with any of their digital counterparts. It’s not just in the look and feel of the cameras themselves. It’s also not just in the eager anticipation of the results of the development process. It’s the way they make you think more carefully without second-guessing your inner talent. The way they make you value your time and in how they make you more aware of your surroundings. In this never-ending race called life, isn’t it good to slow down occasionally and value what you have? Film gives photographers like Lance and I that same feeling.

“I use each of these independently or in conjunction with each other to fulfill a vision. Most of the time I end up using the Pentax 67 for portraits, night scenes, or landscapes. Even when paired solely with the infamous Pentax 105 2.4 lens, the Pentax 67 is an extremely versatile combination.”

The Phoblographer: Please tell us about yourself and how you got into photography, more specifically film photography.

Lance Keeth: I’ve always been interested in art, even at a very young age. Drawing was originally my creative avenue back then, and that eventually transpired into taking photos. When I was younger, film photography was our only source for how we captured day-to-day life. As a kid, I remember occasionally grabbing one of my mom’s 35mm point and shoot cameras at random and snapping away what remaining frames were left unexposed in the camera. Oftentimes, I would even seek out the affordable 35mm disposable cameras for a trip with family or friends, or even just at random to play around with, only to hang onto it for a few months before returning it to the store in exchange for a set of prints. I believe it’s that era that gives many of us a sense of nostalgia when we look at how film photography has evolved back into where we stand today. Even as digital trends grew rapidly, nothing has quite felt the same for me as film.

I began my leap into photography, taking it seriously around 2007, buying my first DSLR and quickly drew closer to it. For years, I explored many of the technical aspects and instant gratifications you get with “chimping”, trial and error, and different subjects to shoot. But it wasn’t until I came back to something as familiar and tangible as film that I really began to grasp a feeling associated with photography. In 2016, I bought a 35mm Canon AE-1 and shortly after, a Ciroflex. It was as if photography was all so familiar and unfamiliar at the same time. Everything felt new again.

I began shooting portraits around this time, which is something that I didn’t attempt much of prior, it was outside of my comfort zone but wasn’t going to hinder me any longer. I slowly began shooting more film and bringing my digital camera to shoots less and less, eventually leaving my DSLR at home altogether. Trusting in myself and the ability of my age-old cameras. I quickly wanted a deeper understanding about film and its process, so I started researching. Not long after, I ordered some supplies to begin developing my own B&W. I was hooked.

Since then, I delved into different processes and emulsions, allowing me to self-sustain my curiosities without the added expense or dependence of a lab. Doing so also allows me to deeply appreciate slowing down and the intent behind each frame, reverting back into the shooting process.

The Phoblographer: Why go back to shooting film stock when pretty much every one of these is available as a digital preset or in-camera filter now?

Lance Keeth: For me, it’s all about the process and final result. I’m a very analytical thinker, so film is fun for me. I love being able to take an idea or a thought and turn that into fruition by what camera I want to use, what lens, which emulsion and format, etc.. it all plays a part in the final product. I find my creativity and enthusiasm amplified when it comes to shooting film vs digital. Film just compels me to be fully present and intent with where I’m at or who I’m shooting with.

The Phoblographer: 35mm or 120. Which one grabs your fancy more often?

Lance Keeth: 120 has been my go-to format since I first picked it up. The rendition from different film stocks, cameras, and lenses vary so much. It really keeps things interesting.

“For portraits, documentary, and simple daily use, I’ll likely carry a Leica M3 that I sourced at the beginning of this year. Having wanted one since my return to film, I finally found an excellent deal/ opportunity to make the dive and adopt this daily shooter. While it had a very fair amount of closet time in its life, this one-owner 1955 Leica M3 was still very functional, but needed revival to bring it back to the dependable beast they’re known to be.”

The Phoblographer: According to your bio, your work is mainly lifestyle portraits but you also shoot adventure. Does the preparation for these kinds of images differ from each other much?

Lance Keeth: Depends on the situation honestly. I try to approach everything I photograph with an open mindset, but I’m also very much a planner. So much that the two of these can collide at times. I typically have an idea where to begin based on the subject as to what camera I plan to use, what film to shoot, and how much to bring. Portrait sessions tend to be a bit more thought out, while other times, it can be purely inspirational based on where I’m at. This approach resonates with more of my recent work since Covid began. I’ll find myself drawn to places of interest or liminal space. For this, I usually prepare by grabbing a few various rolls of film, a tripod, and a full tank of gas. Sometimes it can be a short and fruitful venture, while other times, I might drive around for hours of the day or night and return without shooting a single frame.

The Phoblographer: I believe you once snagged a Canon EOS for just $3? How did you stumble upon this fantastic deal?

Lance Keeth: Yes! That camera was an excellent find. I came across it at a local thrift store in town, and to my surprise, it was fully functional. It’s such a great camera since you’re able to adapt very common Canon EF mount lenses to it and shoot in manual mode. It has a built-in meter that’s also functional, but I still use an external light meter most of the time for accuracy. I have a few other cameras that take precedence, but this one definitely has its time and place.

The Phoblographer: There’s a cinematic vibe to your black and white portraits. Are there any films or filmmakers that influence your style?

Lance Keeth: I just love and have such an appreciation for lighting; it makes all of the difference for what you’re trying to portray. I would definitely say there’s some subconscious play in how I see a scene in comparison to films I’ve watched. Pulp Fiction comes to mind particularly; the lighting setup was on point and has the potential to add so much drama to a scene.

The Phoblographer: Do you believe that a good portrait needs the subject’s eyes to connect with the lens? If not, please show us some examples to debunk this idea.

Lance Keeth: I think most rules are subject to being broken; this one is no different. You can certainly incite a feeling in an image without having the subject staring into the camera. Not going to lie though, eyes can tell an entire story on their own.

“After much research, I decided to send it off for a CLA along with a few Leica lenses included in my deal to the very reputable, Youxin Ye. While there are a few common names that get tossed around in the world of Leica repair, Youxin was my choice for this task and he did a phenomenal job. Although a seemingly painful wait, it was well worth it. Now, I finally own a Leica M3 that looks and functions as good as new and inspires me to use from everything daily life to 35mm portraits.”

The Phoblographer: What’s more important for you – emotionally understanding the subject of your portraits and then adjusting your frame before clicking, or allowing them to express themselves freely while staying with the overall feel of the image you want?

Lance Keeth: I believe it’s a joint effort here, at least for me personally. My objective is to allow my subject to simply be themselves. And for that to happen, they need to feel completely comfortable. I don’t want anything to feel forced. This is especially important when you’re working with someone new, as you’ve yet to build that level of trust with each other.

All of these things translate through the camera to the viewer, so having that experience and vulnerability helps build the foundation for the images you’re about to create.

The Phoblographer: What’s been the evolution of your film photography since you first picked up a camera in 2007? What rules have you broken to improve your style?

Lance Keeth: I feel as if things are way different now than when I started. Not that I’ve had some sudden “aha” moment along the way, but that I’ve slowly shifted to where I’m at currently through trial and error and not being afraid to attempt something new. Growth is everything. And as long as you’re open to learning, you’ll continue to grow. With film in particular, things really took a turn in my experience with photography.
Film has encouraged me to slow down a lot and really consider what I’m shooting. The process itself is just more personal and intuitive, which is important to me and the work I make. I like doing things with purpose. It’s also easier to make mistakes but quicker to learn from them.

The Phoblographer: If you could go back to 2007 and tell yourself something, what would it be?

Lance Keeth: I would tell myself to sell the DSLR I just bought, get a film body, and really begin learning. I know it sounds cheesy, but film itself has really changed the trajectory for me just because of how I resonate with it. I enjoy and appreciate things that are complex and take time and effort. Digital just doesn’t do it for me, personally. Plus, I think many of us are tired of instant everything and living in a microwave society. I believe we’re missing the idea of simplicity when we center our lives around comfort.