LA Times Photographer Documents Last Months of US in Afghanistan 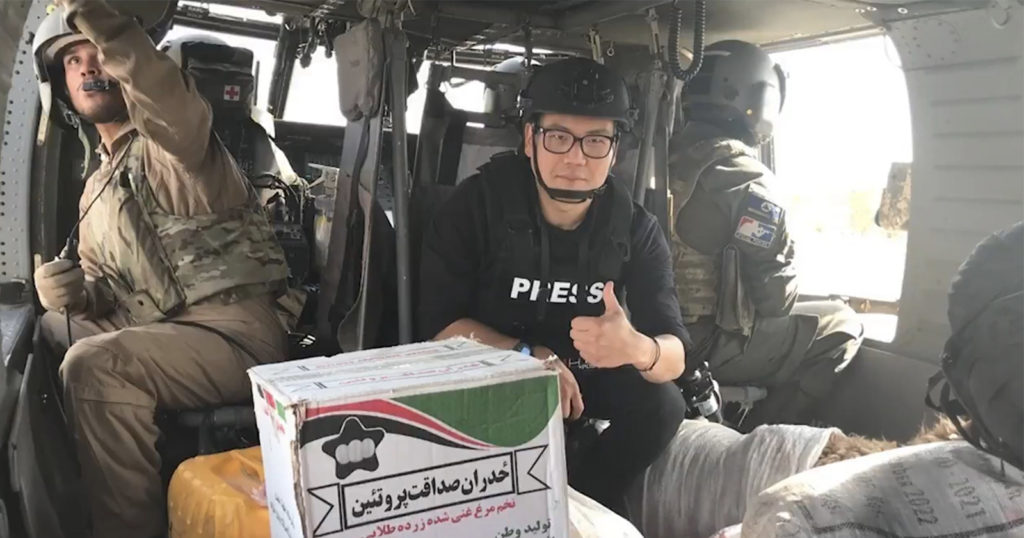 Foreign correspondent and photographer for the Los Angeles Times, Marcus Yam, has covered events in Afghanistan since 2017, including the political disruption of the last few months when the Taliban took control of the country.

Following the withdrawal of the U.S. troops and subsequent Taliban takeover of the city of Kabul and the rest of Afghanistan, many journalists have fled or attempted to. Those who have remained are faced with danger every time they go out to do their job.

Yam is no stranger to the risks posed by his career choice, having left a career in aerospace engineering to become a photographer. His goal is to “take viewers to the frontlines of conflict, struggle, and intimacy,” according to Los Angeles Times.

He has documented deadly clashes in the Gaza Strip, covered the San Bernardino, California, terrorist attacks in 2015, the deadly landslide in Oso, Washington, and many other critical events for which he has received numerous awards.

Although Yam has covered Afghanistan since 2017, it’s his most recent work that has brought the Middle Eastern crisis up-close and personal to viewers. Yam covered the events as they unfolded — from the U.S. troops exiting Afghanistan and leaving behind a vast amount of military gear and equipment, to the Taliban establishing its order, often through violent means inflicted upon those who remain in the country. In the video below, Yam shares his experience.

Los Angeles Times photographer and foreign correspondent @yamphoto has reported from Afghanistan since 2017, including his current assignment documenting the last months of the U.S. withdrawal from the country.

Not shying away from direct danger to his life, Yam has covered bombings, exchange of fire, and the tragic consequences of the conflict that have resulted in numerous casualties and injuries, filling up the beds of local hospitals. Although the country has been war-torn for years and people there have accepted that their lives will be short, it doesn’t take away the fact that “these are everyday people like you and me,” says Yam.

As a foreign correspondent, Yam has successfully reported from Afghanistan but he also couldn’t avoid aggression inflicted upon him. Although it didn’t leave him with a permanent injury, he was beaten and momentarily detained by Taliban fighters.

After more than a month of Taliban rule, it is clear that it still remains a place that poses many risks to locals and to those who document and report the current events to the rest of the world, despite the Taliban’s promises to the contrary.