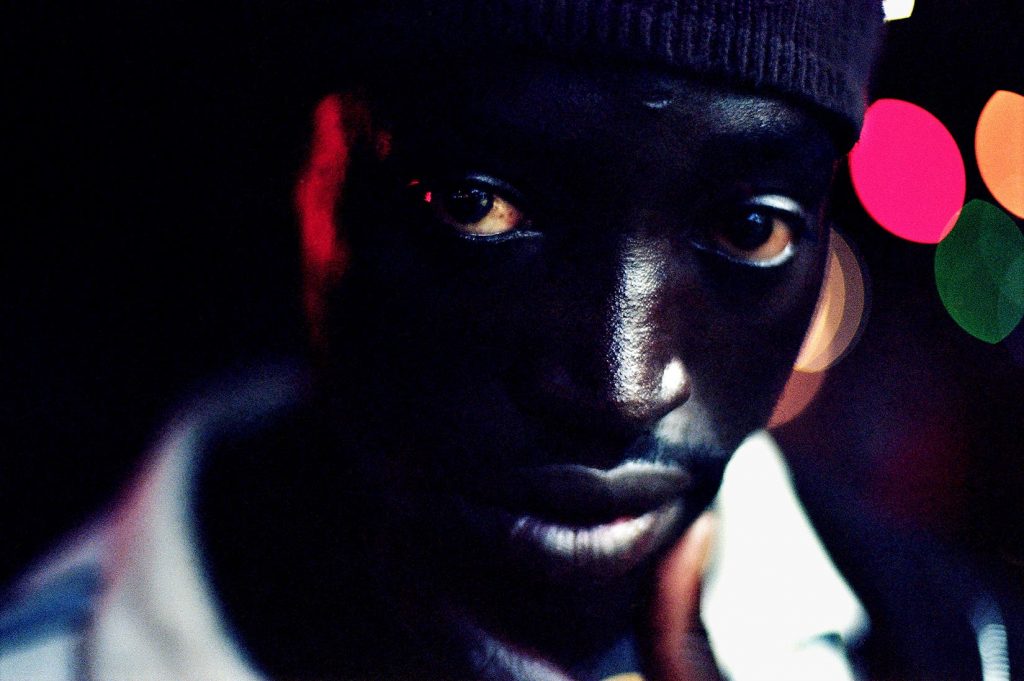 “I’m grateful for my life and all the opportunities I’ve received,” says Khalik Allah. He adds, “I want to maintain my compassion and keep my heart healthy. And I want to help others on their journeys as well.” At 36, Allah has already achieved so much. His photographs and films have earned him several nominations from respected institutions. No more so than Magnum Photos, of which he became a nominated member in 2020.

Allah’s work effortlessly blends street and documentary photography. He creates most of his images in Harlem, specifically on 125th street and Lexington. On the driving motivation for his work, he tells The Phoblographer, “My origin in Harlem goes back to when I got left back in 8th grade. I knew I didn’t want to be a failure all my life, so I became a student, enrolling in a curriculum I found on the corner.” He continues, “The books I found on 125th Street became a life raft for my adolescent mind…my motivation is black history, Hip Hop. And I’m pushed to realize my visual sensibilities.”

Allah’s photos are raw. Clearly, he doesn’t intend for them to be pretty snaps of the streets of New York. Instead, they capture the reality of life, the struggles, and the community. Some people may deem some of his subjects to be vulnerable. The topic of who we should shoot divides the street photography community. “I didn’t get into street photography with any rule book,” explains Allah. “… I’m just trying to show love. I try to make work that encourages people to trust people.”

Building Trust in the Community

After spending time watching videos of Allah in action, one thing’s clear: he’s no intruder. His ability to build rapport with the people of Harlem is nothing short of impressive. And the trust he builds is evident in the photos he creates. Encouraging him to put modesty to the side, we asked him what he felt enabled him to connect so well with people:

“I try to understand people. People know if you’re genuine or not. It’s all a vibe. I’m in resonance with the poor. Whoever God loves, I love. God loves all.”

Being young, you’re forgiven for thinking Allah works with a digital camera. But that’s not his style. “I shoot with an analog camera, but the sensibility behind the camera is more important.” “…I want to try more with digital, but I prefer film. Maybe I just like loading the camera.”

Developing a negative still holds value. It’s a unique process that provides a physical photograph at the end of it. Viewing images digitally can never compete with that. In Allah’s words, “I look forward to the world opening up again because I miss galleries.” “… I’m more inspired by seeing photography on the wall.”

Allah, has plenty of printed images. He currently has a signed image available through the Magnum Square Print Sale. You can check it out here.

We were curious to know what made a photograph worth publishing once it’s developed, and what images go into the archives. Allah told The Phoblographer:

“I probably have some stuff in my archive that I overlooked. Maybe images I judged harshly that were actually strong. That’s the beauty of photography — you can revisit your work with new perspectives later after you’ve matured. I’m currently building my life’s work. There’s always room for growth and improvement.”

These are the Winners of the 2021 iPhone Photography Awards

On Editing Portraits: Do We Need a Code of Ethics?

Amateur Astronomer Discovers New Moon of Jupiter in Photo from 2003

Question: Is There Such a Thing as a Professional Street Photographer?

How Karyn Easton Captures Mesmerizing Photos of Oil and Water