Justin Sullivan is One of South Africa’s Most Daring Photographers 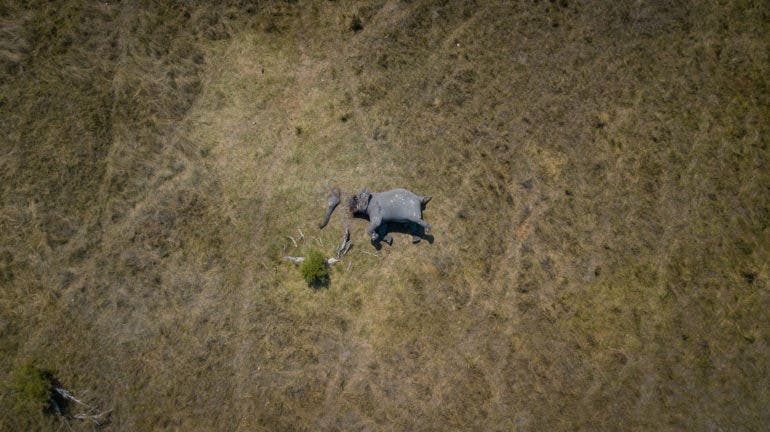 SA photographer gives thought to his dangerous wildfire and wildlife photography, with images that are equal parts harrowing and compelling.

All images by Justin Sullivan. Used with permission.

“I always wanted to photograph impactful content,” says Justin Sullivan, one of South Africa’s most daring photographers. “I started chasing fires around the Cape, running up mountains in my shorts and flip flops (sandals)…Looking back now, it was extremely dangerous and irresponsible.” In only six years, Justin’s determination has taken him from the front lines of devastating wildfires, to the epicenter of the war on wildlife poaching.

The Phoblographer: Tell us how you got into photography, wildfires and conservation?

Justin Sullivan: I was travelling Europe taking photos on a cellphone and decided to upgrade to a DSLR. I bought my first Nikon in 2015, in Cologne, Germany. When I returned to South Africa a few months later, I started taking photos at events, of landscapes, city streets, animals, pretty much everything, trying to figure out my niche. During the Cape Town [wildfires] of 2015, I took some images of farm workers and firefighters battling a blaze. The images went viral and had an immense impact on unearthing the conditions experienced on the front lines.

Apart from being very drawn to fire itself, I always wanted to photograph impactful content. I started chasing fires around the Cape, running up mountains in my shorts and flip flops (sandals). Looking back now, it was extremely dangerous and irresponsible… I got chased off fires a couple times by authorities before I went and did the correct training, got the correct protective gear and slowly started my passion for wildfires. Over the last couple of years, I focussed on contemporary issues in general; subjects revolving around high-intensity situations such as protests and other fire disasters. I love being able to deliver meaningful content – ‘art under pressure’ – and expose realities that the ordinary person would not experience.

A conservationist at heart, I tried to shift the focus of my wildfire work to highlight the environmental impact of these fires. It has been a tough process. Budgets are limited throughout the wildfire industry, so trying to make a living out of wildfire documentation is incredibly difficult. I recently made the move to the Greater Kruger to continue conservation-related work, but orientated around wildlife. It is most likely not a permanent move [but] something more to diversify my skills set. There are just so many important projects that need to be curated and documented! I will definitely return to wildfire soon, or as the opportunity arises, but my work up in the Kruger [National Park] is incredibly important, and very close to my heart at the moment.

The Phoblographer: What made you want to go out there?

Justin Sullivan: The work I did with both wildfires and general conservation is incredibly impactful. It’s always hard to directly quantify it, but, definitely since 2015, there is a new appreciation and awareness around the dangers and impacts of wildfires! I have a very deep and personal relationship with fire, maybe because it’s almost killed me a couple times and also because I think it is just the most magnificent force of nature. I generally want my work to make a difference and prevent wildfires from being so destructive. Fires will always burn, but we can reduce their risks, and manage them.

The Phoblographer: Give us a gear list and how does it help you achieve your creative vision?

Justin Sullivan: For photography on the fire lines, I used a Nikon D750 with a Nikon 24-70mm f2.8. I was climbing mountains and often spending more than 48 hours at fires, so I need to be versatile and light. I can’t carry a whole gear bag with me, [as] I wear full wildfire protective clothing! The Nikon Gear was solid, weather-sealed, and good in low-light. I couldn’t ask for much more. For filming purposes, I use the Panasonic S1 with a variety of glass, mostly a canon 24-70mm f2.8 (sadly, Nikon lenses don’t talk too well to other brands). The S1 is a great camera, extremely robust with great in-body stabilization, and fairly good in low light. It is [also] tough and light enough for me to carry around on all my operations, whether I’m on the back of a land cruiser or in a helicopter!

“I was climbing mountains and often spending more than 48 hours at fires, so I need to be versatile and light.”

The Phoblographer: Do you see yourself and your work as social activism? Has your answer changed with time?

Justin Sullivan: They are definitely a form of social activism. I don’t think my answer has changed much, but the manner in which I try to convey the message has evolved. I have shifted a lot more towards ethical filming and information that is scientifically sound.

The Phoblographer: Tell us about your work in the Kruger National Park.

Justin Sullivan: I am currently based in Hoedspruit, and my work spans across the greater Kruger area. I have been involved in quite a lot of rhino operations, such as dehorning, snare removals, translocations, etc., as well as many other animal operations – from rehabilitating pangolins to creating elephant corridors in Mozambique. At the moment, most of my work is based around documenting operations, with the hope of raising funds and awareness. I will most likely shift more towards longer projects and feature films over the next two years. I am [also] currently working on a conservation film series for the Selati Game Reserve that [we] hope will identify the reserve as a unique wildlife haven and prevent a mining company from destroying a large part of the reserve.

The Phoblographer: Tell us the backstory of your prize-winning poached elephant image?

Justin Sullivan: I was working in Botswana for about three weeks. I arrived at a camp and overheard rangers discussing a carcass they had just found. I asked to be taken there [but] had never seen a poached elephant before. On arrival at the scene, it was absolutely horrific. What they had done to this animal… it was so painstakingly difficult to try and look, let alone capture the way they had cut this whole elephant’s face off. I thought that a drone would be the best way to show just how isolated this elephant was when it died – and how graphic the scene was without disturbing the viewer [because of] all the blood and gore on the ground.

“I have an ability to completely disconnect from a scene when I know [the] task at hand will have a significant impact.”

The Phoblographer: How did it feel emotionally when you first encountered it?

Justin Sullivan: I wasn’t even there for more than five minutes before we drove out to the carcass. I have an ability to completely disconnect from a scene when I know [the] task at hand will have a significant impact. In all honesty, in that moment, when I came across the elephant, I was so focused on ensuring that I captured it in such a way that it would be impactful enough so this elephant didn’t have to die in vain. I didn’t really have time for introspection. I acknowledged the gruesome manner in which this elephant had died and I kept thinking to myself how on earth could anyone do this, but it was only later that afternoon that I spent time contemplating my emotions. Naturally, I was very disturbed. To this day I have mixed emotions about it, but I always [trust] the conversation in my heart [and] knowing that the ‘disconnection’ image was shown around the world and reignited a very important conversation around poaching and conservation.

The Phoblographer: How do you prepare for a shoot?

Justin Sullivan: It depends on the nature of the shoot. If it is something I have done before, I kind of know where my foundations are and try to improve on what really worked and change it up where things maybe didn’t. I am always trying to get up close to subjects, to highlight aspects or emotions that people may have never seen or felt before. Since so much of my filming these days is based on live interactions and operations, I usually try to focus more on just being prepared and having my camera ready. When working with rhinos, especially black rhinos, it is also always smart to stay close to a tree for an escape route. Usually, before every shoot, it is a combination of extreme gear checks and then understanding the storyline of what I’m shooting. If you don’t understand the complexities involved in your subject matter, you’re really going to snuggle to capture the true essence.

The Phoblographer: How are insurance and gear replacement costs? Have you ever lost anything to fire?

Justin Sullivan: I pay normal insurance like everyone else. My gear takes a knock from dust and general wear and tear, but I have never lost any gear to fire. People always ask: ‘doesn’t your camera gear get burnt?’ And it’s a simple answer. My clothes would burn before my camera does, and since my camera never leaves my hand, it’s most likely never going to burn. I have, however, had some extensive fire damage to my car [while] getting out of tricky situations!

The Phoblographer: You helped evacuate residents from a blaze in 2019, does it often happen?

Justin Sullivan: I always joke that I will never be one of the best photographers/filmmakers because I often don’t hesitate to put my camera down to assist. I have a personal gauge where I discern the value between getting the shot and assisting with the camera down. My role is being a good human being, and if that means I need to miss a great shot to assist, then that’s the choice I’ll make! I have definitely missed some great opportunities because I decided to help, whether it was with a rhino stuck in a bad position during a darting or someones garden shed catching on fire, but I don’t really look back and regret it. In those moments, where I have assisted, it has felt right – and the same goes for the times [when] I have just documented.

The Phoblographer: What’s your one big goal to achieve? Has COVID-19 had an impact?

Justin Sullivan: COVID-19 was financially very difficult for me and I’m still trying to recover, but, it didn’t really put any strain on my momentum. It actually sped up the process of me getting more involved in the Greater Kruger! Right now, I want to get funding for a new film pitch that focuses on the impact of wildfires in the Cape Floral Kingdom. We need to shift our narrative on the impact of wildfires. Although the direct impact on humans is important, we tend to [forget] the dire [impact] most fires have on our ecologically-sensitive biomes.

You can learn more about Justin’s ongoing fire and wildlife projects here.

20-bit RAW coming to a smartphone near you – Amateur Photographer

How to Overcome the Chaos of Wedding Photography (From Two Pros)

Rare Photography That Takes You Into Unknown Worlds