Insta360 Announces Major Feature Update for the ONE R Camera 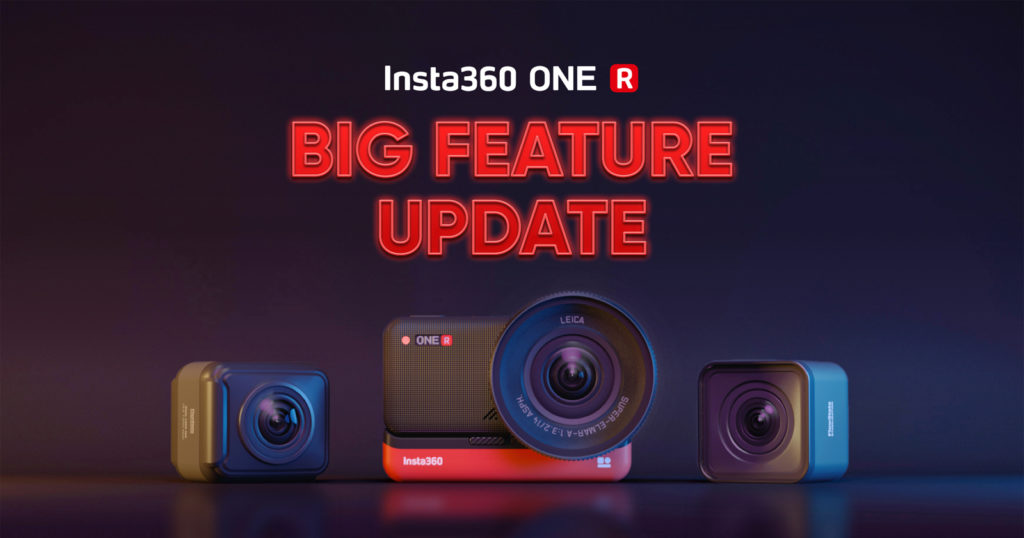 Insta360 has announced what it dubs a “significant update” for its flagship interchangeable lens camera, the Insta360 ONE R. The update brings several new features, image quality improvements, AI-powered editing options, a new remote, and more.

Insta360’s firmware update adds horizon leveling to its 4K mod and 1-inch Mod, which the company says is particularly useful for capturing action scenes in situations where it is difficult to hold the camera steady. Horizon Lock keeps the footage upright and level when shooting in Pro video mode (FlowState Stabilization) at 30fps. Additionally, 360-degree Horizon Lock allows for leveling of full rotations along a single axis of the camera.

The company has also enabled loop recording, which is a new function that allows for continuous video recording which deletes old footage automatically to allow it to record without stopping with a maximum video length of 30 minutes. This addition allows the ONE R to be used as a dash cam or as a “set it and forget it” camera that can be placed in a location and simply wait for the action to happen.

“Just set the camera up in advance, wait for them to arrive and then stop recording once you’ve got the shot. Only the preceding minutes of footage will be saved, freeing up vital space on the memory card,” Insta360 says.

The firmware update now allows for the 4K at 50 frames per second frame rate option, adds a new “Vivid” color profile, and four different image sharpness options for all ONE R mods.

The company has integrated the AquaVision 2.0, which is an underwater color correction algorithm that the company says has been improved to make colors more vivid and realistic. AquaVision 2.0 is available for all ONE R mods, including the 360 Mod.

Car MultiView has also been added, which the company describes as a “fun editing feature” that displays a split-screen of the road ahead and the car’s interior.

“With the ONE R 360 Mod mounted to the windshield or the dash, the camera captures a complete, wide-angle view in both directions,” the company writes.

Insta360 also made a few quality of life improvements to the camera: TimeShift videos are now automatically sped up to 6x before being saved so they take up far less memory on the SD card, audio recorded with external mics with ONE R has been improved, and a new Roadie Remote accessory is now available, a wireless Bluetooth remote that attaches to the car steering wheel for safe control of the camera while driving.

The update is available now through the ONE R firmware, Insta360 app (iOS and Android), and Studio desktop software (Windows and Mac).