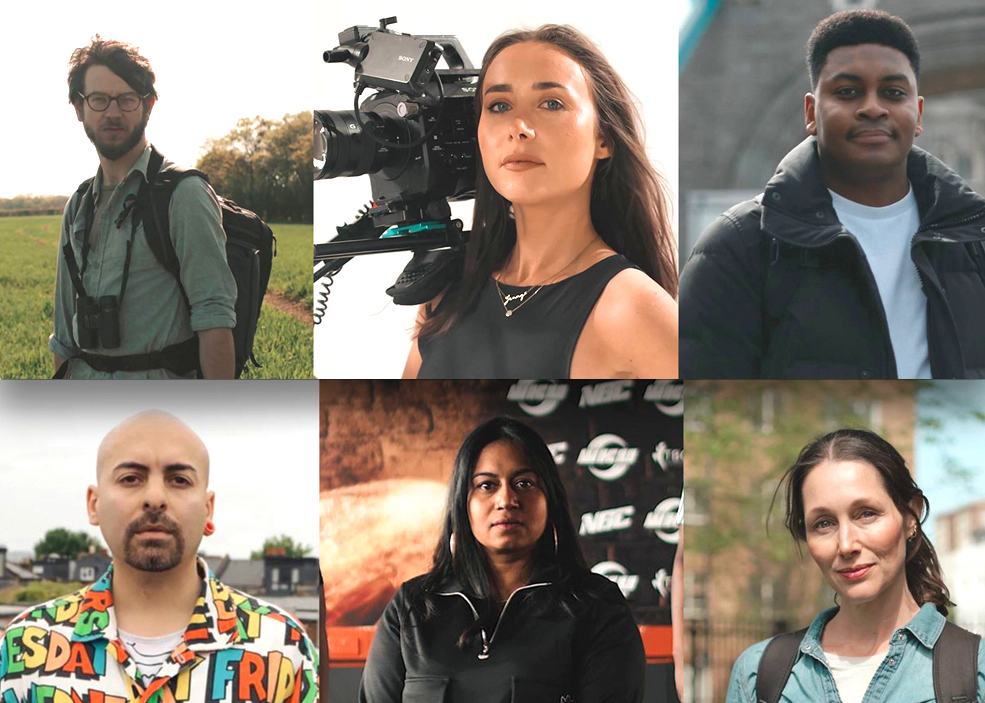 As part of its 25th anniversary celebrations, imaging retailer Wex has launched The Ambassador Network, the company’s first ambassador programme.

The 12-month programme will see six carefully selected Ambassadors offering ‘unique insight to their careers and processes, practical behind-the-scenes advice and creative inspiration, with the aim to encourage and support one another and the wider community.’

They will collaborate with Wex to create a range of, ‘thought-provoking content in their own unique styles, using a variety of equipment and techniques.’

Focusing on current trends, passions and interests, the content will include photography and videos featured on Wex’s website and social channels, and will be further supported with events and news articles.

Paul Wareham, marketing director at Wex, said, ‘We wouldn’t be here without the talented professionals with whom we’ve collaborated with over the last 25 years and we want to celebrate the fantastic community we’ve built. This year, the Wex Ambassador Network will promote and support these six incredible creatives through their endeavours and we are extremely excited about the content we are going to create, the relationships we will build and the potential growth of the programme over the coming years.’

Jenny Alice (above) has worked with a diverse range of brands including Boohoo, Unilever and the NHS

Jenny Alice is a commercial videographer, Sony Pro Filmmaking ambassador and educator based in the UK. With over a decade of experience in the field, she has developed a fantastic reputation in the industry.

Aneesa Dawoojee (above) is one of the finalist exhibitors and speakers for the Royal Photographic Society’s International Exhibition, touching on issues of culture, identity and the human condition

Aneesa Dawoojee is a social documentary, sport and portrait photographer hailing from South London. Born in Streatham Vale, Aneesa’s heart belongs to her community and she is driven to support young people from the local area and beyond to follow their creative paths.

Tom Mason is a professional wildlife photographer from the UK, who is also a Nikon Europe Optics Ambassador. He has worked for multiple companies, agencies and publications globally, shooting in locations from the Falklands to the Amazon Rainforest.

Alys Tomlinson (above) is currently co-directing Mother Vera, a feature-length documentary film supported by the Sundance Institute, which focuses on the life of a nun from Belarus

Alys Tonlinson was born in 1975 and grew up in Brighton. After completing a degree in English Literature, she studied photography at Central Saint Martins and recently completed an MA (Distinction) in Anthropology at SOAS, University of London. Now based in London, she is most interested in the relationship between people and place, exploring themes of environment, belonging and identity.

Ron Timehin is a professional photographer, director and producer based in London. He has established a varied client list that consists of commissioned work for some major brands, including Apple, Adidas, American Express, Christian Louboutin, Disney, Nike, Prada and Google. His recent film project Fortitude explored the varied stories and societal perspectives of Black Londoners and has received several plaudits.

Daniel Regan is an explorer of complex and difficult emotional experiences, focusing on the transformational impact of arts on mental health. Building on his own lived experience, he examines themes of wellbeing and brokers dialogue around often taboo topics in society. As a part of his practice, he shoots, commissions, devises and delivers socially engaged projects and provides consultancy on arts and health projects.

Established in 1997, Wex Photo Video (previously Wex Photographic and Warehouse Express) has a, ‘dedication to service, expertise and customer satisfaction is underpinned by competitive prices and the largest range of any UK photo and video retailer, with more than 25,000 products.’

The Wex Photo Video website  is complemented by a specialist Customer Contact team, 11 UK stores (including the flagship London store on Commercial Road, Whitechapel) and exclusive events and exhibitions.

Wex Photographer of the Year: the milky star kid