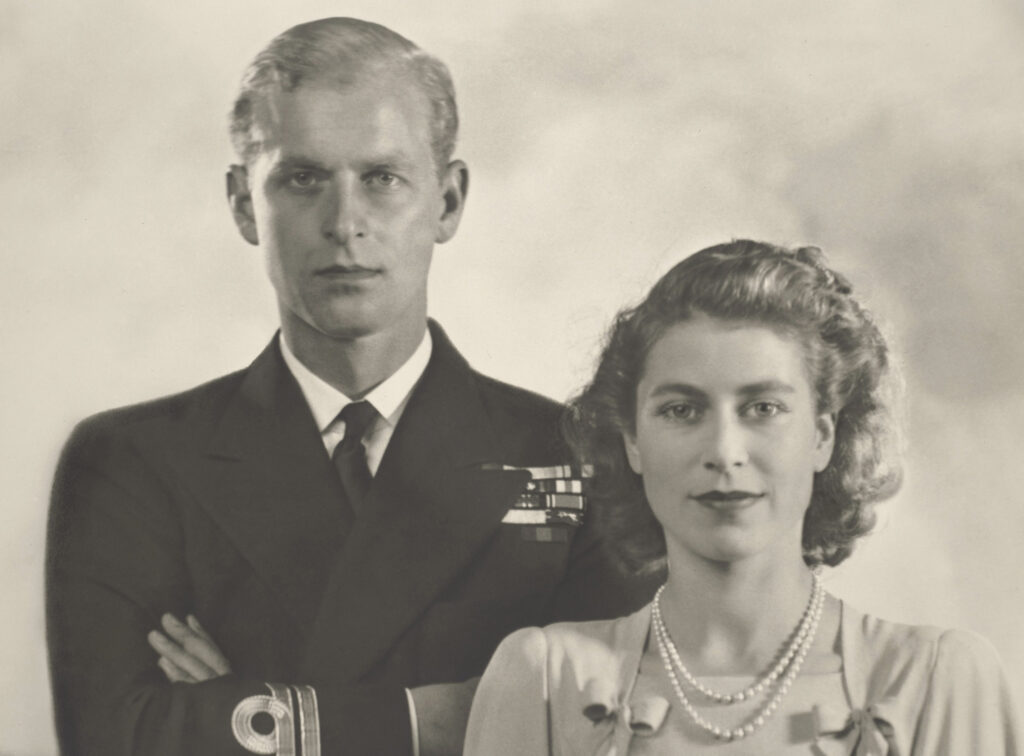 Official portraits of The Queen, taken by photographer Dorothy Wilding, are on show from today at Buckingham Palace as part of a series of displays to mark the Platinum Jubilee.

During the first Buckingham Palace ‘Summer Opening’ since 2019, Wilding’s iconic images are on display in the exhibition Platinum Jubilee: The Queen’s Accession.

They feature alongside items of jewellery worn for the portrait sittings, including the Diamond Diadem; one of The Queen’s most widely recognised pieces of jewellery.

Wilding’s photographs were used as the basis of The Queen’s image on GB definitive and revenue postage stamps from 1953 until 1971.

The GB stamps are known to philatelists as ‘Wildings’.

Wilding’s official portrait of Her Majesty was also sent to every British embassy throughout the world, making the Diadem instantly recognisable to millions of people across the globe.

The Diamond Diadem was created for the coronation of George IV in 1821.

It is set with 1,333 brilliant-cut diamonds and consists of a band with two rows of pearls either side of a row of diamonds, above which are diamonds set in the form of a rose, a thistle and two shamrocks, the national emblems of England, Scotland and Ireland.

The Diadem was inherited in 1837 by Queen Victoria, who was frequently painted and photographed wearing it, including on several early postage stamps such as the Penny Black.

The Diadem passed to Queen Alexandra, Queen Mary, Queen Elizabeth The Queen Mother and then to Her Majesty The Queen, who wore it on the day of her Coronation and has worn it on her journey to and from the State Opening of Parliament since the first year of her reign.

The spectacular Delhi Durbar necklace will also be on display at Buckingham Palace.

The necklace incorporates nine emeralds originally owned by Queen Mary’s grandmother, the Duchess of Cambridge, as well as an 8.8 carat diamond pendant cut from the Cullinan diamond – the largest diamond ever found.

The necklace was made for Queen Mary as part of a suite of jewellery created for the Delhi Durbar in 1911.

The Queen inherited the necklace in 1953 and wore it in a portrait sitting for Dorothy Wilding in 1956, which is believed to have been their last sitting together before Wilding’s retirement in 1958.

Photographs, paintings, works of art, and items of The Queen’s dress and jewellery are also on display this summer at Windsor Castle and the Palace of Holyroodhouse in Edinburgh.

Each of the displays at the three venues explores a historic occasion in Her Majesty’s 70-year reign – the Accession, the Coronation and previous Jubilees.

At Windsor Castle, the Coronation Dress and Robe of Estate worn by The Queen for her Coronation at Westminster Abbey on 2 June 1953 is on displayed.

At the Palace of Holyroodhouse, visitors will see a display of outfits worn by Her Majesty on occasions to celebrate the Silver, Golden and Diamond Jubilees.

Platinum Jubilee: The Queen’s Accession is at the Summer Opening of the State Rooms at Buckingham Palace from Friday 22 July to Sunday 2 October 2022.

Platinum Jubilee: The Queen’s Coronation is at Windsor Castle till Monday 26 September 2022.

The Platinum Jubilee display at the Palace of Holyroodhouse runs till 25 September 2022.

Each display is included in the price of a general admission ticket.

Buckingham Palace, Windsor Castle and the Palace of Holyroodhouse are currently open to visitors Thursday to Monday, remaining closed on Tuesdays and Wednesdays.

The Palace of Holyroodhouse is open to visitors seven days a week during July and August.