I Stopped Trying to Impress Other Photographers, and I’ve Never Been Happier 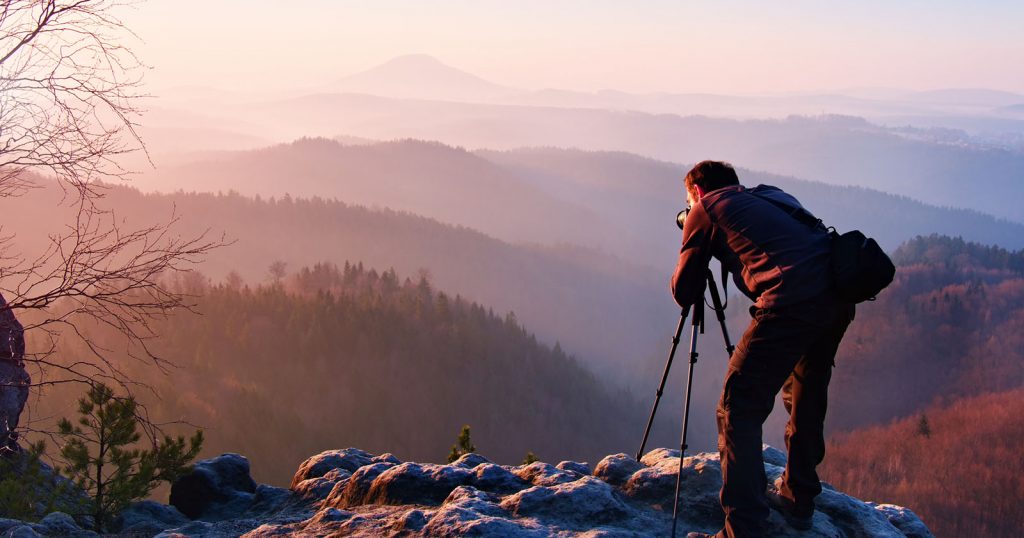 My name is Jordan McChesney, and I’m a photographer based in Japan. Let me start by saying that I am not a professional photographer, and I’m well aware that my movement towards success is an ongoing process that is (hopefully) in the early stages of even bigger things to come. That being said, I think it’s a good idea to reflect on my last year or so of growth.

Back in 2018, 2019, and the first half of 2020, I spent the majority of my time, as many other aspiring photographers do, on the ‘photography’ side of the Internet. I primarily shared my work with other photographers in the hopes of getting both constructive and positive feedback from both my peers and professionals alike.

My hope was that if I got enough attention from other photographers, it would somehow lead to some kind of success ( I know, some real ‘Underpants Gnomes’ logic there). While it did help me grow as a photographer, lead to a few more followers on social media, a few more people to follow myself, and a few new photography buddies to talk shop with, it never led to the kind of success I’d been hoping for.

Then, around June of 2020, something changed. I decided to focus less on what my fellow photographers thought, and decided to focus more of my attention on myself. Since then, I’ve spent more time adding products to my shops, including images that I’d previously considered as ‘not portfolio material’. To my surprise, a number of these images turned into my best-selling images.

I’ve since spent more time focusing on creating images I want to create, rather than images I think would be ‘portfolio worthy’ or impress other photographers, and it’s lead to more and more images that sell.

Beyond monetary success, I’ve also found myself enjoying my shoots more as there’s less pressure to always create a portfolio grade image, and a stronger focus on creating images I want to create. To avoid turning this into a novel, I’ll write my thoughts as to why this change in thinking led to more success, in list form below.

#1. I Focus More on What I Want to Create

As I mentioned above, I used to go out to every shoot with one goal in mind ‘create a new portfolio image’ that would get me praise from my peers (or pros). As you can imagine, this not only caused me a great deal of stress but also limited my shooting locations and times, as conditions had to be ‘perfect’ and the location had to be ‘perfect’. If even one thing was out of place, the shoot was ruined and I left in a bad mood.

That being said, I do still try to create portfolio images, but I don’t force myself to create one every time I go out. I give myself more time to create images I want to create without the expectation of outdoing myself. In some cases, this has actually lead to portfolio quality images without the stress of feeling obligated to create one, so it all works out in the end.

Despite what my lackluster uploading schedule on Instagram may suggest, more of my work has seen the light of day. I’m a big believer of adapting to your surroundings, so after moving to a beach city with a view of Mount Fuji, my focus has primarily been on those things.

Just this year, for the first time ever, I started photographing surfers. Being new at this subject means that I really had (and still have) no idea how best to shoot them. I do still use my basic photography knowledge, such as light and other elements, but I honestly haven’t got a clue if they’d be considered ‘portfolio material’ from other photographers, and to be honest, I don’t really care. I like them, so I share them.

On top of that, it gives me an excuse to go cycling along the beach, which is never a bad way to spend a sunny day.

Another issue I used to have was spending hours on an image, only for it to never see the light of day because some small issue caught my eye. “Ugh, the light could have been a little better here”, “Ah, why didn’t I use a polarizing filter!”, “Why couldn’t I find a leading line or foreground element!”.

Newsflash: the general public either doesn’t notice or doesn’t care about these things. They typically see something and they either like it or they don’t. I still take a ton of photos that don’t make the cut, but I spend a lot less time editing photos for hours only for them to end up in the trash due to trivial problems.

#4. I’m Focusing More on My Audience/Market

As I mentioned above, I used to only share my images with other photographers. Well, as it turns out, other photographers aren’t usually in the market to buy prints, unless you’ve made a name for yourself. Spending more time both creating and sharing work that the general public might be interested in has lead to me creating more selling images, and has helped me reconsider which images I take when out and about.

Now, I don’t mean this to say that I’ve ‘downgraded’ my work or only focus on images that sell, I still create plenty of images for other purposes that haven’t sold a thing, but it means I’m more open-minded about what I shoot, what I edit, what I share, and what I sell. At the end of the day, I get paid for my work, and some person in Canada gets a neat tote bag.

#5. My Overall Happiness Level Is Up (With Photography)

Back when I was creating images for the singular purpose of impressing photographers, I often found myself starting to get tired of and frustrated with my photography (and other photographers – but that’s a post for another day). This was mostly due to the seemingly never-ending cycle of disappointment.

Without the pressure of ‘maybe this is the one that gets me noticed!’ ‘or ‘this one is a contest winner for sure!’, I’ve been able to shoot, edit, and share images without the feeling of disappointment when, like hundreds of times before, my photo is just a photo. Even without this pressure, I’ve managed to get some international recognition within the community, so again, it all worked out.

Again, without the pressure of always trying to create mind-blowing world-class images, I’ve allowed myself to experiment in ways I never would have before, to varying levels of success. If you can imagine, I went about 5 years in Japan before photographing a shrine or temple in a serious way, and another year after that to really start considering them as something I could produce quality images with. Since I live in an area with quite a few shrines and temples, I now consider them as one of the most interesting subjects I can use in my new images.

Before getting really into the photography community, I used to experiment quite a bit, but there was a period where I was too afraid to break away from what I knew. I’ve since returned to shooting the unfamiliar…and occasionally the mundane, and I’ve never enjoyed it more than I currently do.

Now all of this isn’t to say ‘listening to other photographers is useless’. I’ve learned a lot over the years. I think it’s a good idea for people just learning the ropes to seek feedback to help improve their work. For me, I’ve reached a point where I’m comfortable with my work and don’t need to know what every photographer and their dog has to say about it.

I may still seek feedback on specific images, to get a second opinion, but I no longer shoot to impress other photographers specifically. At the end of the day, if I’m happy with the work I’m making, that’s all the counts. Any success that may follow is just gravy.

I used to care too much what other photographers think, and it drove me mad. Now I shoot mainly for myself, and it makes me glad. From time to time I make sales, and that is rad. I can’t think of another rhyme for my other points… sad.

About the author: Jordan McChesney is a Canadian photography hobbyist living in Japan. The opinions expressed in this article are solely those of the author. You can find more of McChesney on his website, Facebook, and Instagram. This article was also published here.