Hubble is Down for the Second Time This Year, Now in ‘Safe Mode’ 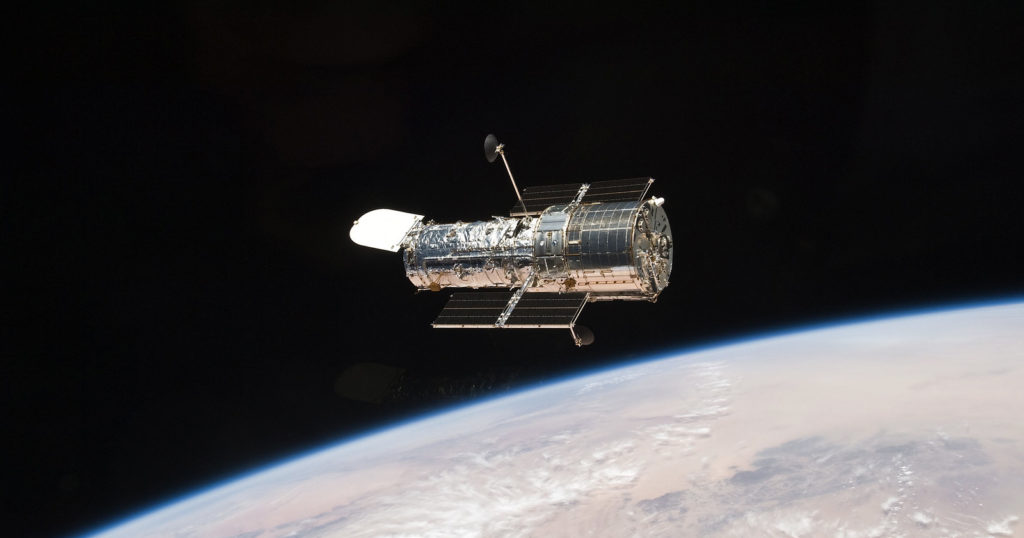 The Hubble Space Telescope’s scientific operations have been suspended for the second time this year. It is currently in safe mode and NASA engineers are trying to figure out what went wrong.

The Hubble Space Telescope was launched in April of 1990 and has since captured more than a million images. It operated continuously for 31 years until a glitch in the payload computer took the telescope offline on June 13, 2021. The error was serious enough that it could have taken down the telescope for good, but engineers were able to restore the functionality of the telescope by re-routing all of its operations to a backup computer.

After being offline for a month, this solution appeared to have worked and Hubble resumed capturing photos, specifically it nabbed images of what NASA refers to as “oddball” galaxies right after it came back online. These were later colorized and released with full descriptions of what was being observed.

After the Hubble team successfully turned on backup hardware aboard the telescope, the observatory got back to work over the weekend and took these galaxy snapshots.

Despite the fix to the system last summer, Hubble is again having issues. The telescope was brought offline on October 25 after NASA scientists detected a loss of specific data synchronization messages.

“The Hubble team is focusing its efforts to isolate the problem on hardware that commands the instruments and is part of the Science Instrument Command and Data Handling Unit,” NASA explains. “Specifically, the team is analyzing the circuitry of the Control Unit, which generates synchronization messages and passes them onto the instruments.”

Just as was the case with the issue in June, NASA engineers are working to identify a potential workaround for the issue, including possible changes to the instrument flight software that could check for these lost messages and compensate for them without putting the instruments into safe mode. NASA will first verify that these changes would help using Earth-bound simulations before attempting them on Hubble itself.

“Over the weekend of Oct. 30, the team prepared to turn on parts of the Near Infrared Camera and Multi Object Spectrometer (NICMOS) instrument to collect data on this issue, allowing the team to determine how frequently this problem occurs,” NASA continues. “Installed in 1997, NICMOS has been inactive since 2010, when the Wide Field Camera 3 became operational. NICMOS allowed the team to use an instrument to collect information on these lost messages while keeping the active instruments off as a safety precaution. Since NICMOS was recovered on Nov. 1, no additional synchronization messages have been lost.”

For now, Hubble remains in safe mode until the team has finished analyzing the situation and has determined what may have caused the problem. Based on NASA’s report, the team is taking steps to test the fixes it would deploy by this week, and is proceeding cautiously to assure the safety of the instruments and avoid additional stress on the hardware.

Hubble is not scheduled to be serviced in person again, as the set of space shuttles that used to fly periodically to the telescope for repairs were retired in 2011 after 30 years of operation, according to Space. That means NASA’s only way to keep Hubble alive is through remote software fixes.

Hubble remains incredibly valuable to NASA’s exploratory efforts, and its loss would be monumentally tragic. NASA will continue to troubleshoot the situation and will discuss a plan for returning the instruments to full science operations this week only after the team has determined what is needed to fix it, which may call for possible software changes.