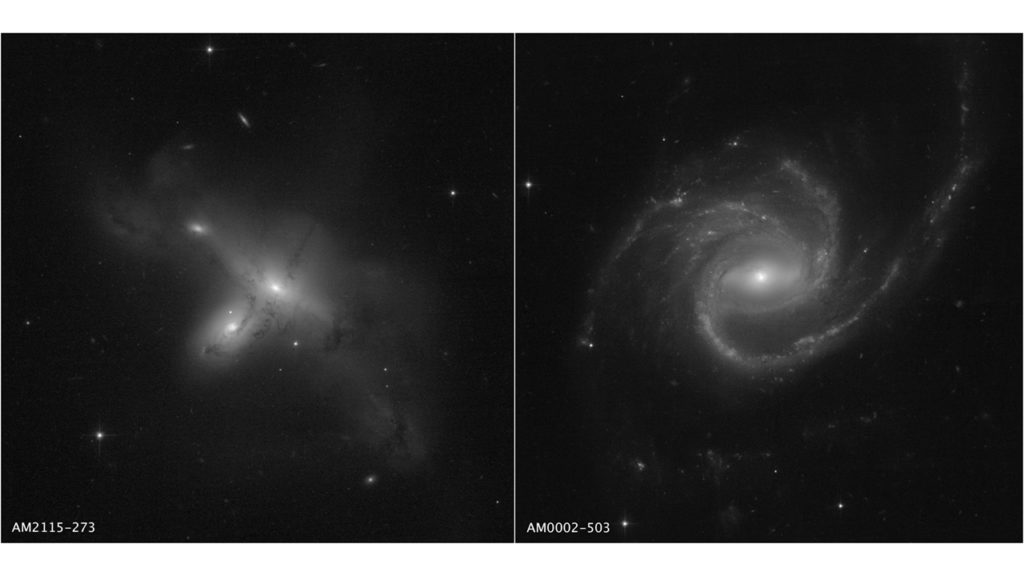 NASA has released two new stunning images taken by Hubble after the legendary telescope was forced offline for a month.

Originally launched in April of 1990, the Hubble Space Telescope has captured more than one million images, including detailed photos of the birth and death of stars, galaxies billions of light-years away, and even comets colliding into Jupiter. Effectively making the discoveries made by the device practically endless.

After operating continuously for 31 years, it looked as though Hubble’s time might come to an end. Last month — June 13th, 2021 — NASA reported that Hubble had gone offline due to a glitch with its payload computer, and the research team spent the next few weeks attempting to find a fix. Thankfully, on July 16th, 2021 Hubble was brought back online. According to NASA, the team was able to restore the operation of the Space Telescope by re-routing all of Hubble’s operations to a backup computer.

The switch included bringing online the backup Power Control Unit (PCU) and the backup Command Unit/Science Data Formatter (CU/SDF) on the other side of the Science Instrument and Command & Data Handling (SI C&DH) unit. The PCU distributes power to the SI C&DH components, and the CU/SDF sends and formats commands and data. In addition, other pieces of hardware onboard Hubble were switched to their alternate interfaces to connect to this backup side of the SI C&DH. Once these steps were completed, the backup payload computer on this same unit was turned on and loaded with flight software and brought up to normal operations mode.

The Hubble team is now monitoring the hardware to ensure that everything is working properly. The team has also started the process for recovering the science instruments out of their safe mode configuration. This activity is expected to take more than a day as the team runs various procedures and ensures the instruments are at stable temperatures. The team will then conduct some initial calibration of the instruments before resuming normal science operations.

According to the statement from NASA, the early snapshots below — beautiful images of two galaxies — demonstrate Hubble’s return to full science operations, following the correction of a computer anomaly aboard the spacecraft. These two photos of peculiar galaxies are part of a program led by Julianne Dalcanton of the University of Washington in Seattle, to survey oddball galaxies scattered across the sky.

ARP-MADORE2115-273 is a rarely observed pair of colliding galaxies in the southern hemisphere. These Hubble observations provide Hubble’s first high-resolution glimpse at this intriguing system. ARP-MADORE0002-503 is a large spiral galaxy with unusual, extended spiral arms, at a distance of 490 million light-years. Its arms extend out to a radius of 163,000 light-years, making it three times more expansive than the Milky Way Galaxy.

While the fact the telescope is back in action is great news, it is unknown how well the backup computer onboard Hubble will be able to perform over the coming months or years. At the time of publication, it seems to be working as intended and NASA seems confident in its current status.

“The sheer volume of record-breaking science Hubble has delivered is staggering,” said Thomas Zurbuchen, associate administrator of NASA’s Science Mission Directorate. “We have so much to learn from this next chapter of Hubble’s life – on its own, and together with the capabilities of other NASA observatories. I couldn’t be more excited about what the Hubble team has achieved over the past few weeks. They’ve met the challenges of this process head-on, ensuring that Hubble’s days of exploration are far from over.”