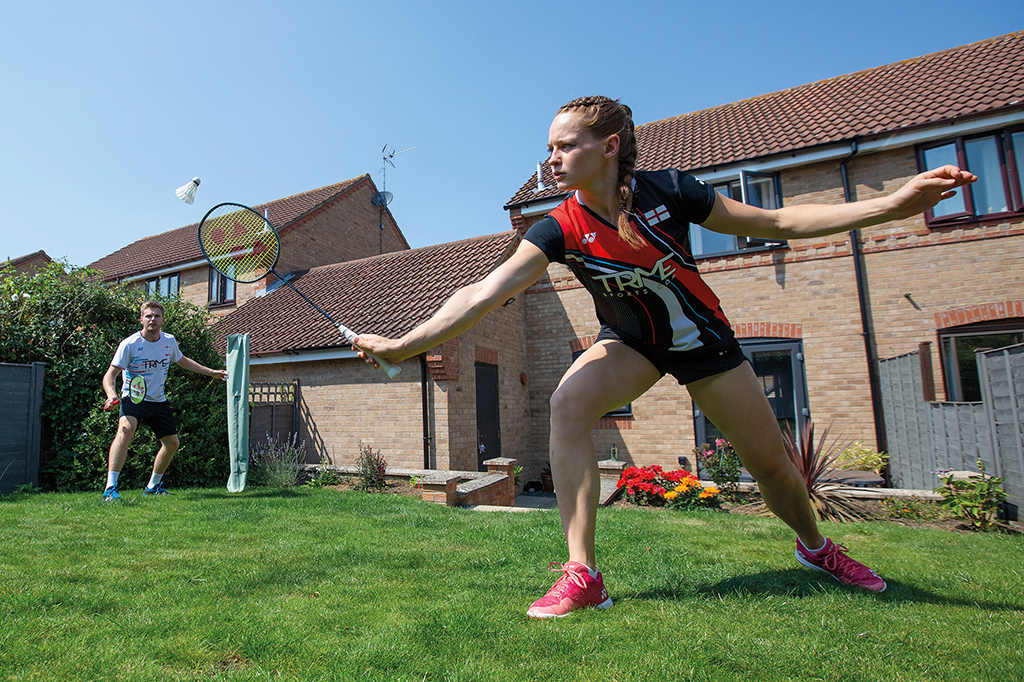 Sam Mellish’s latest project focuses on the dedication and determination of athletes preparing for this summer’s postponed Olympic Games. He tells David Clark the story behind it

The coronavirus pandemic put an end to countless photography shoots, but also led to new opportunities. Like many other professional photographers, Sam Mellish had most of his planned work cancelled in 2020. However, this quiet time also gave him the chance to develop a project on British athletes training for this year’s delayed Olympic Games.

As the saying goes, when one door shuts, another one opens. ‘I’d had the idea for the project quite a long time before Covid and had planned to do it before Tokyo 2020,’ he says. ‘But 2019 was quite a busy year for me and I didn’t have the time to do it properly. Then, when the postponement of the Games was announced I went back to the idea.

I just thought it was a great time to do this project, showing the athletes’ journey from lockdown to Tokyo.’ Sam’s background Sam is a freelance commercial and editorial photographer based in London. He started taking photographs in his late teens, when his father gave him a Canon EOS 500 to take on a Raleigh International trip to Namibia.

‘I badgered the project photographer for any tips he could give me and that’s where I learned how to use a camera,’ he remembers. ‘I was hooked, and afterwards my aim was to become a full-time freelance photographer.’

From 2007-8 he studied for an MA in Photojournalism at the University of Westminster and afterwards started shooting for the action sports industry. Since then, he has done a wide variety of photographic work. It has included commercial work for high-profile brands including Vans, Red Bull and Team GB and charities such as Crisis and the NSPCC, plus editorial work featured in The Guardian and The Times.

Badminton player Lauren Smith in the garden. She was selected for Tokyo 2020 in July 2021

Sam has also shot the images for several books, including On the Road: London to Land’s End, which he self-published. The freelance life suits him. ‘It’s great, I love not knowing what’s around the corner,’ he explains. ‘When you’re freelance it’s very unpredictable, but I’m just really lucky to have so many good clients who keep coming back to me.

I just love going out with my camera, whether it’s doing local grassroots football photography or shooting the Olympics for Team GB. I treat each job as a privilege and honour to do it.’ Sport has remained a constant throughout his career, a passion which was instilled in him from an early age by his sport-loving family.

He says one of his career highlights was working at the PyeongChang 2018 Winter Olympics with GB Snowsports and the British Olympic Association (BOA). This experience inspired Sam to do his current project on athletes going through the physically and mentally demanding process of preparing for the Olympics.

From the hundreds of British competitors taking part in the Games, Sam had to choose a small number to cover in depth.

The selection he made was influenced partly by Sam having already met certain athletes, and partly as a result of discussions with the BOA and Team GB. ‘Initially I wrote the BOA and Team GB a brief, almost a pitch, describing what I wanted to achieve, and quite a lot of conversations with them followed,’ he says.

‘It was really important to me to show the contrasts in the athletes’ personalities and backgrounds and show the diversity of people taking part. One might be training in a very small grassroots boxing facility and another might have the full financial weight of Volvo and British Sailing behind them. Eventually we narrowed the list down to the ones we could potentially approach.’

The one-year delay to the Games gave the project its name. The athletes ultimately chosen for the Leap Year project were badminton players Lauren Smith and Marcus Ellis, gold medallists in the mixed doubles final at the 2019 Minsk European Games; windsurfer Tom Squires, one of the first 12 athletes selected for Team GB in 2019; judoka Nekoda Smythe-Davis, gold medal winner at the 2014 Commonwealth Games; boxing super-heavyweight Frazer Clarke, a gold medallist at the 2018 Commonwealth Games; and canoeist and reigning 200m kayak sprinter Liam Heath MBE.

However, just as Covid had delayed the Olympics, it also put restrictions on the number of times and the kind of situations in which Sam could photograph the athletes. He had originally planned to photograph each of them five or six times during the year, but that idea had to be radically scaled back due to periods of lockdown and social restrictions.

Nekoda Smythe-Davis, British judoka. She will not be competing in Tokyo 2020, due to an injury

The location and circumstances of the shoots were decided through numerous conversations between Sam, the athletes and their sports’ individual governing bodies. The shoots also had to either take place outside, or in a socially-distanced way indoors when athletes were in the gym or training indoors. ‘I’d always had an idea of how I wanted to photograph them and what I wanted to achieve on a particular shoot,’ he says.

‘Obviously, their training came first and the shoot had to be fitted in when possible. I wanted them to be involved but I didn’t want to put any pressure on them at all, because that just closes doors.’ Although his opportunities were limited, Sam managed to shoot a good variety of images including shots of the athletes training, formal portraits and spontaneous behind-the-scenes photos.

Tom Squires at The Olympic Rings Stone Structure on the 20th July 2020 at New Ground in Portland, Dorset in the United Kingdom. Photo by Sam Mellish

They include Lauren Smith and Mark Ellis training in their garden, Tom Squires windsurfing off the Dorset coast and Frazer Clarke hitting a punchbag in his garage at home. Sam says he has been ‘blown away’ by the level of dedication he has seen and his images capture the hard work and total focus that’s needed when competing in the Olympics. The more off-guard shots are among his personal favourites.

British sprint canoeist Liam Heath, MBE, during a morning training session at Dorney Lake on the 4th February 2021 in Buckinghamshire in the United Kingdom. Photo by Sam Mellish.

‘I particularly like one of Nekoda after the first training session I went to,’ he confirms. ‘It was taken just after lockdown so her fitness wasn’t 100% and she’s just sitting down, a bit tired after the session. I think it’s just a very nice moment.’ On a typical shoot, Sam’s kitbag has included Canon EOS 5D Mark III and Mark IV bodies with EF 50mm f/1.2, 24-70mm f/2.8, 70-200mm f/2.8 and 100-400mm f/4.5-5.6 lenses. He also used a Panasonic Lumix S1 for some of the shots. Depending on how the light was looking on a given day, he either worked with natural light or his Elinchrom 400 ELB portable flash heads.

‘My favourite bit of kit is the Canon EF 50mm f/1.2 prime,’ he says. ‘It’s just a lovely lens and if I can use that I will.’ With the official start date of the Tokyo Olympics on 23 July fast approaching, Sam has completed his project and is now planning his next job: photographing at the Games themselves and telling the Team GB story on a bigger scale. His main aim for his Leap Year project is for it to be viewed by as many people as possible. ‘Most of the inspiration for my projects is ultimately just to see it in a magazine,’ he says.

Windsurfer Tom Squires windsurfing past the MV Britannia P&O cruise ship at Weymouth Bay in Portland, Dorset, July 2020. At the time, seven large cruise shops were docked due to the pandemic

‘That’s how I like the work to be published. I guess that goes back to when I first started out, sending slides off to snowboarding magazines. It’s also really nice when the athletes are happy with the shots and use them for their social media – I always find that very encouraging. I’m very pleased with the work. ‘Now I’m going to have a month’s worth of access to the athletes and I’ll be putting in a big request to see some of the guys I’ve photographed out in Tokyo. Provided that it all goes well, hopefully I’ll come back with some bangers!’

What advice would Sam Mellish give to other photographers wanting to do their own personal project? Here are his six top tips:

1 Take your time. Remember, Rome wasn’t built in a day, so be patient and allow the project to develop.

2 Allow your project to grow organically. Let the idea develop in your mind before you begin shooting. This will only strengthen your end result.

3 Set yourself a goal. Ask yourself how and where you want this work to be seen. Is it for a magazine, social media, an exhibition or a book?

4 Be focused but flexible. Before each shoot, have one or two images in mind that you would like to capture, but be flexible enough to allow changes in the process.

5 Get close to your subject. Try to find out as much as you can about what you are photographing. Knowledge is power.

6 Have passion. Nothing speaks louder than enjoying what you do.