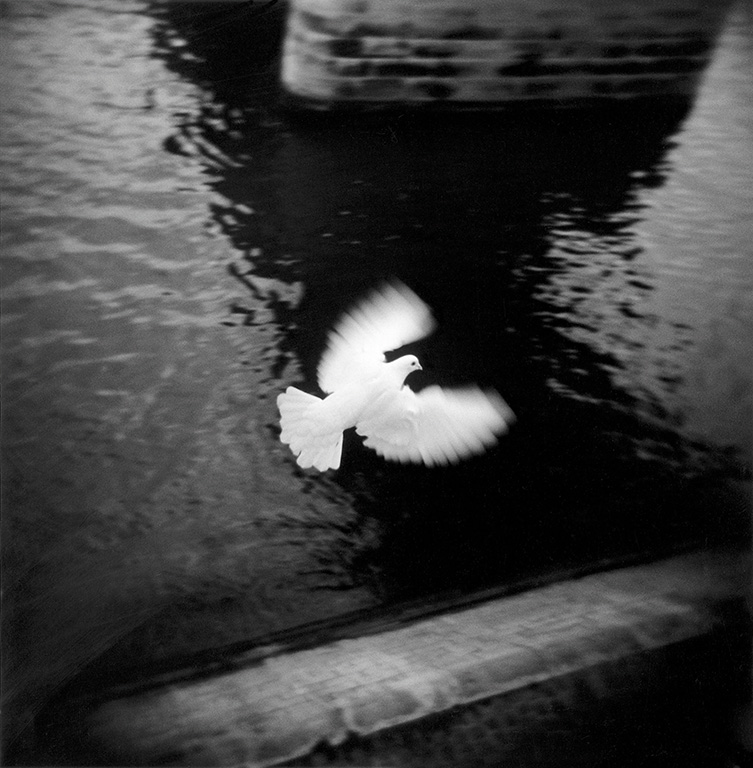 Michael Kenna is lauded internationally for his serene square images taken on Hasselblads, but did you also know he’s a Holga fan? Michael discusses how to get great results from these lo-fi cameras

Not everyone will know Michael Kenna’s name, but they’ll probably know his style, which, in recent years, has been massively influential, and massively copied. While he never claimed to have invented this look, Kenna’s preference for beautifully toned, square-format prints; peaceful, Zen-flavoured scenes; and long-exposure water has made him one of the world’s most recognisable photographers.

He’s also well known for shooting on cheap Holga film cameras, and has brought about an eponymous book, so AP found out the whys and wherefores. ‘I began to photograph with Holga cameras because they were light, playful and unpredictable,’ explains this Lancashire native who has long been residing in the USA.

‘I’ve used Hasselblad cameras for 30 years, and Holga cameras haven’t replaced them – they’ve just given my work a little extra twist. Photographs made with a Holga camera are far more unpredictable, which I rather like. They have taken me out of my comfort zone, and the overall experience has been one of surprise and discovery.’

This said, Michael appreciates that in our digital age, where high-quality images captured on powerful but reasonably priced gear can be instantly shared, some people might struggle to understand the appeal of low-tech plastic cameras.

As he explains, shooting on old Holgas is not for the faint-hearted. ‘There is no instant gratification, and it is impossible to foresee results with any great accuracy. The very act of developing an exposed film in a darkroom is fraught with anticipation and anxiety.

The images may be out of focus, under or overexposed, scratched and/or vignetted. Or, they may be magical in a way that could never be previsualised.’ Fortunately, Michael stuck with it, and the quality and atmosphere of his Holga images, printed in his trademark square format, blow a lot of images taken on cutting-edge digital gear out of the water. So what were the biggest technical limitations he faced and how did he get around them?

Simtai Great Wall, Study 2, Beijing, China 2007. A unique Kenna twist on one of the world’s most photographed edifices

‘To be honest, I just picked them up and snapped away without great regard to any possible technical limitations. Many of my pictures did not come out very well… some were underexposed, some over. It didn’t make long exposures, and I never used them on a tripod, although I know it is possible with some models. So all my images were taken handheld.

If I had been a more serious practitioner, I am sure that I could have made the cameras more practicable and controllable, but this was never my goal.’

Rather than the lo-fi technology in the Holga influencing Michael’s choice of composition and subject matter, he reckons it was more about getting him to experiment. ‘Most Holga cameras have plastic lenses, so one cannot expect extremely fine resolution and crisp details.

Perhaps this unconsciously influenced the choice of subject matter. For me, it was constant experimentation. I used the Holga cameras whenever I didn’t have the Hasselblads, and sometimes when I did. As mentioned, many of the resulting negatives were flawed – out of focus and incorrectly exposed – but I expected that ahead of time so it didn’t bother me.’

He also turned some of the ‘flaws’ of the Holga, such as light leakage, to his advantage. ‘Sometimes the “defects” of the negative made the image far more interesting than if it had been made with another, more predictable camera. Printing negatives made from Holga cameras was particularly fun, challenging, and at times exasperating.

It is not possible to predict with any accuracy how the negative will be. Many times, I had to give up the printing, because the subject was not in focus. Sometimes there were scratches which made the negative irredeemable. But, this is all part of the Holga experience. One must keep an open mind and go with the flow.’

Can it be done digitally?

Not everyone will have access to old film Holgas, or want to bother with their faff and unpredictability. We wondered if the same kind of approach used here could also be applied with a smartphone – and does Michael think this kind of look can ever be successfully replicated digitally?

‘Smartphones are great for recording day-to-day experiences and events,’ he muses. ‘The Holga “vignette-look” can certainly be replicated quite easily and instantly with the billion and one apps available to all. However, I don’t think the experience will be the same.

Deva Offering, Lantau Island, Hong Kong, 2011. Kenna is influenced by Eastern philosophy and the minimalism of a lot of East Asian Buddhist art

Part of the Holga charm is in its unpredictable nature. Smartphones are more and more predictable and instant. You know what you have when you make the exposure. This is not the Holga experience. I compare Holga images to opening Christmas presents. The waiting is a great part of the process.

What you get is not always what you want – but sometimes it is much better!’

Snow-covered Fields, Hokkaido, 2004. Japan is an ongoing source of inspiration to Kenna

Any student of Kenna’s work will know that he tries to avoid over-complication in anything he does, and this stretches to his choice of gear – so in this sense, his yen for Holgas is entirely understandable. ‘The gear that I use now is quite simple. I don’t like complicated cameras with bells and whistles.

I essentially use the same equipment I’ve had for the past 30 years. As you know, it is non-digital. I could perhaps see using lighter equipment in the future. My Hasselblad cameras seem to be getting heavier and heavier! I need to go to the gym more frequently to carry all this stuff.’

On the shoulders of giants

Michael must be one of the most widely emulated photographers in the world, be it by other pros or amateurs entering competitions. Does he find this annoying? ‘I get asked this question a lot, so bear with me if I give you a longer answer. Frankly, at my age, very little annoys me any more.

I sincerely believe it is normal and healthy to study the work of other artists, and even imitate others’ efforts, as a means to explore one’s personal vision. It has been this way throughout history in all mediums of creative expression. One advances by standing on the shoulders of giants.

The perspective becomes a lot clearer from such high ground. If I can help other photographers in any way, I am very happy to do so, and of course, imitation is considered the best form of flattery (although it’s a bit overestimated in my humble opinion. ‘Fundamentally, I believe that photographers worth their salt should and will work with passionate intensity to find their own voice.

It has always been difficult to come up with something original, and it doesn’t get any easier with smartphones. True creativity does not come quickly, or at all. We are all individuals, and it is the search to discover ourselves, in our own personal vision and journey, that we find satisfaction.’

Even when he’s on his downtime Michael continues to take pictures and keeps a range of Holga cameras close to hand. ‘To be honest, I haven’t paid much attention to which particular Holga cameras I’ve used. Looking around the darkroom, here are some that are currently being used.

One is a Holga 120 GN, another a Holga 120 GFN. For me, part of the Holga charm is that they are quite disposable and replaceable. I have personally never spent the time working out which camera did what. They are all a bit unique!