How to get an exhibition of a local project – Amateur Photographer 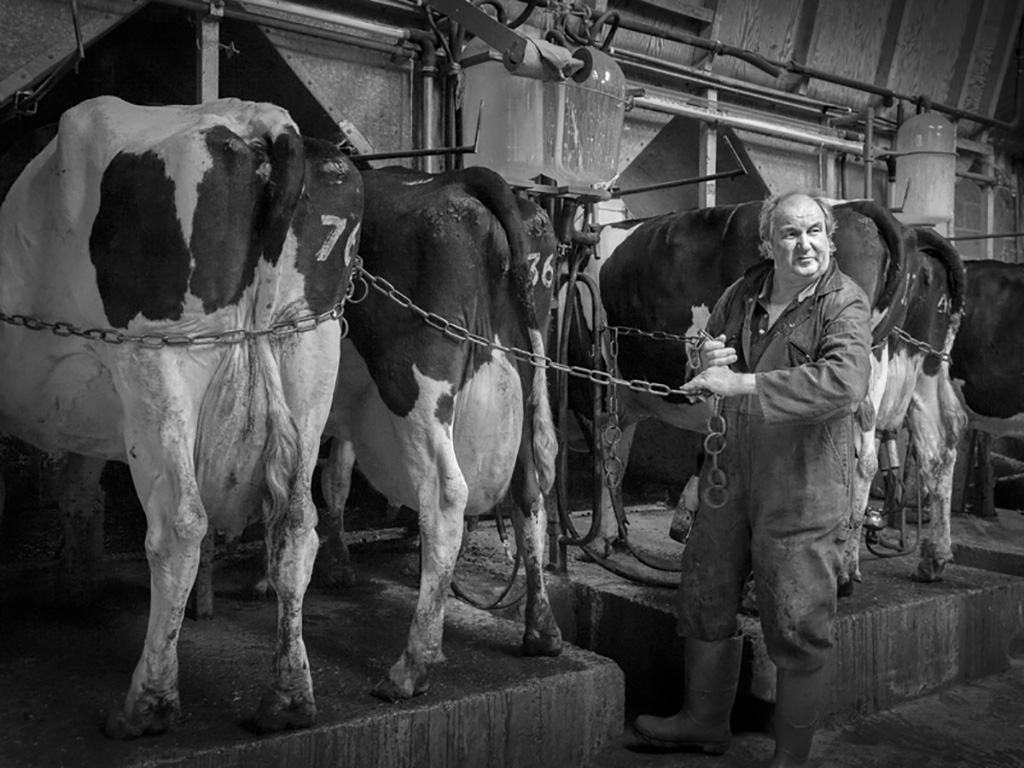 Somerset-based photographer Pauline Rook has landed an exhibition at the prestigious Museum of Rural Life in Glastonbury with her striking black and white images of the people and places of the Blackdown Hills.

We caught up with Pauline to find out how it all came about, and asked her to share her tips for other readers hoping for a big show of their work.

Why did you begin this long-term project, focussing on the Blackdown Hills? Was it because you live locally?

I began this project because I was commissioned in 2002 by the then Countryside Agency to build an image bank to capture the “Spirits and Essence “of the Blackdown Hills. I lived locally and had a background in dairy farming, had successfully completed several other photographic projects, was an Associate of the Royal Photographic Society (ARPS) and had the time, interest and enthusiasm to put into the project.

I remember the celebrated documentary photographer of North Devon, James Ravilious, saying that photographers ‘need a reason’ – this commission certainly gave me one.

How did your approach to the project change over the 20 years you’ve been working on it?

I have been a lifelong photographer, starting aged 10 with a Brownie 125 and a printing and developing outfit. Rural documentary has always been my area of interest. I was heavily influenced to up-skill by seeing and hearing James Ravilious talk about his work.

Ron Frampton with his five-year ‘Distinctions Course in Applied Photography’ gave me the skills I needed to progress with my rural documentary passion, starting with photographing our farming neighbours.

The change from darkroom-based photography hit me hard as I was high up the technical tree and now found myself at the bottom again. My digital skills have been hard-earned but more recently took a leap forward under the patient guidance of David Clapp who has taught and encouraged me so much during the recent lockdowns through his Patreon-based coaching scheme.

What camera gear and lenses did you use at the beginning and how has your approach changed?

I don’t know that my approach has changed much over the years, I still love to photograph the people, landscapes and happenings on the hills. I do lack the reason to knock on strangers’ doors now but continue to call on the many friends that I have made in the hills over all the years.

The pandemic has obviously turned me away from people and documentary and more towards landscape and buildings and now with my infrared photography, I still walk and talk.

The whole initial commission was taken on film. I started with manual cameras, including an Olympus OM and Mamiya gear. I always used a tripod, but this changed very early on in the project as I was missing so many ‘moments.’ I found that by the time I had got the tripod legs down and taken a light reading, the subject was long gone.

I bought my first automatic camera, a lightweight Canon and then the lovely Fujifilm GA645, and my hit rate went up. I have now changed to digital cameras and am a Fujifilm user – great lenses.

What is the particular appeal of infrared photography, which features a lot in this project?

Photography has taken a big hit with the clever cameras of today and we are surrounded by wonderful imagery. I was beginning to lose my enthusiasm when I was introduced to the world of digital infrared by David – it is a whole new branch of photography, not resembling the old film IR which I had experienced.

I love it because you can take photographs at any time of day… you can go out in the midday sunshine. I took it to Kenya where it worked very successfully in the overhead sunshine – normally a complete ‘no no’ for mono photography. It is ideally suited to the Blackdown Hills as they are very green, nearly all grass.

It renders the stone of the old farm buildings in a very interesting way and it dramatises skies without the need for filters etc. I now find it works best in winter when the green is not so dominant and the trees are at their shapely best.

What advice do you have for readers who might be motivated to try a similar project around where they live?

Once you have found your area of interest and a reason to take a set of pictures, do not neglect to take what is seemingly ordinary. It is quite shocking how soon things pass and become extraordinary.

Was it a challenge finding a gallery to show the work – how did you go about setting that up?

I was lucky enough to be invited to submit an idea for an exhibition at the Somerset Rural Life Museum. The Heritage team of Somerset know me well as my involvement with them also goes back 20 years from the time they found a Roman Mosaic 100yds from my home and I took a black and white photograph of it with my Mamiya RZ up on their very wobbly scaffolding tower.

Since then I’ve had a lot of wonderful commissions from them. I jumped at the chance to pitch my huge archive of Blackdown work and they accepted it, to my delight.

How did you decide what images to include in the exhibition?

The show roughly goes in chronological order left to right, the first pictures from 2002 commission were relatively easy because I lost the copyright to most of those and so there weren’t many to chose from – I did take several negatives when I saw that something was very special and so have those.

Thereafter it was design driven – the Heritage team and I have a lot of experience of making panels of images to to show them at their best. We were bounded by the size of the walls and used Adobe Illustrator to plan. They are in sections: documentary, people, interior and a special section devoted as a tribute the rural life of Libby Lister who became a great friend and who has recently died, I selected the photographs that I felt were the best I had taken and then looked for others to compliment and support.

I was finally left looking for one more interior picture to fill a gap and just couldn’t find anything until a completely chance remark by someone telling me they had recently seen a picture that I had taken , in a sitting room.. I did eventually remember it but then had to find it. If I have a date I can usually find a digital file but this one really took some digging in my bank of hard drives . It is one of only two colour pictures in the main exhibition.

Do you hope to do a book?

I would love all this work to be put into a book. There is a Blurb book in the exhibition of a separate self-started project that I did there on the vernacular farm buildings. The buildings are often not visible from the roads and lanes, they lie hidden in the farmyards and fields but have their own distinctive small-scale style and are all built of the local chert stone that was just gathered up from the fields and streams, with a bit of thatch grown for a roof.

They are very special and I do feel they need to be recorded for posterity along with the lovely stories of the people of the hills.

Do you intend to continue with this project?

Will I carry on? Yes because I love walking in the hills, there is a surprise round every corner, it can be a delightfully decaying old piece of farm equipment, a building, a tree, animals ,the list goes on, I have never come back empty-handed and even if I did I would have had the most lovely peaceful walk in unspoilt rural England.

The Blackdown Hills: A Photographic Portrait is being shown at the Somerset Rural Life Museum in Glastonbury from January 8th to March 19th. Full details here. For Pauline’s website, see here.