How to Create Natural Light with Strobes: Big Modifiers and Bouncing Flash 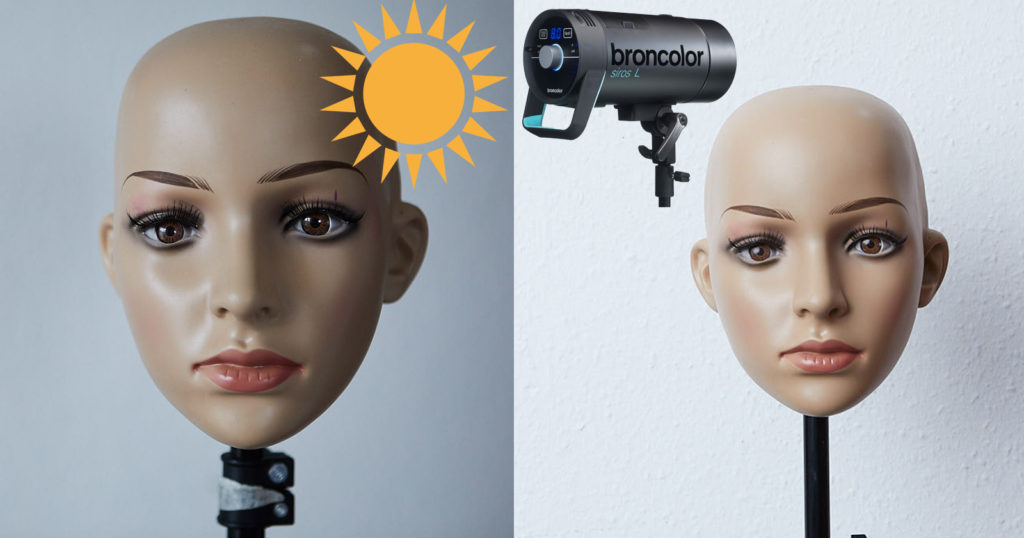 What Is Natural Light?

Before trying to create something, let’s see and deconstruct what we’re doing. Natural light is light that comes from the sun. Direct sunlight classifies as natural light, however, it is difficult to work in. If you’re interested in seeing how you can work in direct sunlight, I previously wrote a tutorial on the subject.

For the sake of this guide, we will see natural light as a light that is very soft, diffused, and traditionally flattering to the face.  A great way to see what I’m talking about would be to take a portrait next to a window on a cloudy day. Here is how it looks:

The shadow edges are gradated and the shadows themselves are filled in. There is no clipping on the skin.

Doing the same picture outside will provide a similar effect:

Moving further from the light source, in our case the window, will make the light fall off more gradually and hence the image will have even less contrast.

One caveat of shooting in natural window light is that it isn’t always available. Moreover, you often need a high ISO in order to capture a decent amount of detail. Lastly, the window is fixed in place and it is quite difficult to compose your shot around a fixed light source,.

A much easier way to use “natural” light is to simulate it using a strobe. Here is how I do it step by step:

In order for the light to look natural, the strobe has to be above the subject and angled down towards them. This will create a shadow under the nose and under the chin. The light itself has to be placed in front of the subject. Here is what that looks like:

The test shot shows us a dark shadow on the wall, hard shadow edges, and overall too much contrast for it to look natural. This light has a very rapid falloff and makes the skin clip too much. This is not how we described natural light at the start. Hence, we need a modifier.

In order to produce a light that is diffused, has low contrast, and gradated shadow edges we need a large modifier with a white interior. An optional addition would be a diffuser or a scrim. Because I like to keep gear to a minimum, I opt for the first option. It goes on the umbrella and doesn’t require a metal frame or additional grip to support the diffusion fabric.

I place the umbrella in the same position as before and fire away:

The light looks very similar to the one we saw previously, making this a valid setup for natural light indoors.

Another way to create natural light indoors without any modifiers would be to use the room. By that, I mean bouncing the light into the ceiling. What this does is create a very large light source out of the ceiling. A word of caution here: you want to make sure that your room has white ceilings. If they are a different color, your light will change the hue. For example, a red ceiling will color the light red and so on.

Here is how a bounced light looks:

A great application for this would be during event photography when it is impractical to have an off-camera flash. By pointing your flashgun toward the ceiling, you can create a flattering artificial light your clients will love.

Natural light is a broad term that can’t be put in a small box. I’d suggest seeing this as a “soft natural light” instead of just natural. Of course, there are also more other ways you can create natural light, including with white reflectors. In a sentence, creating natural light is defining what kind of natural light you want, and then using your knowledge of light shaping tools to execute the idea.