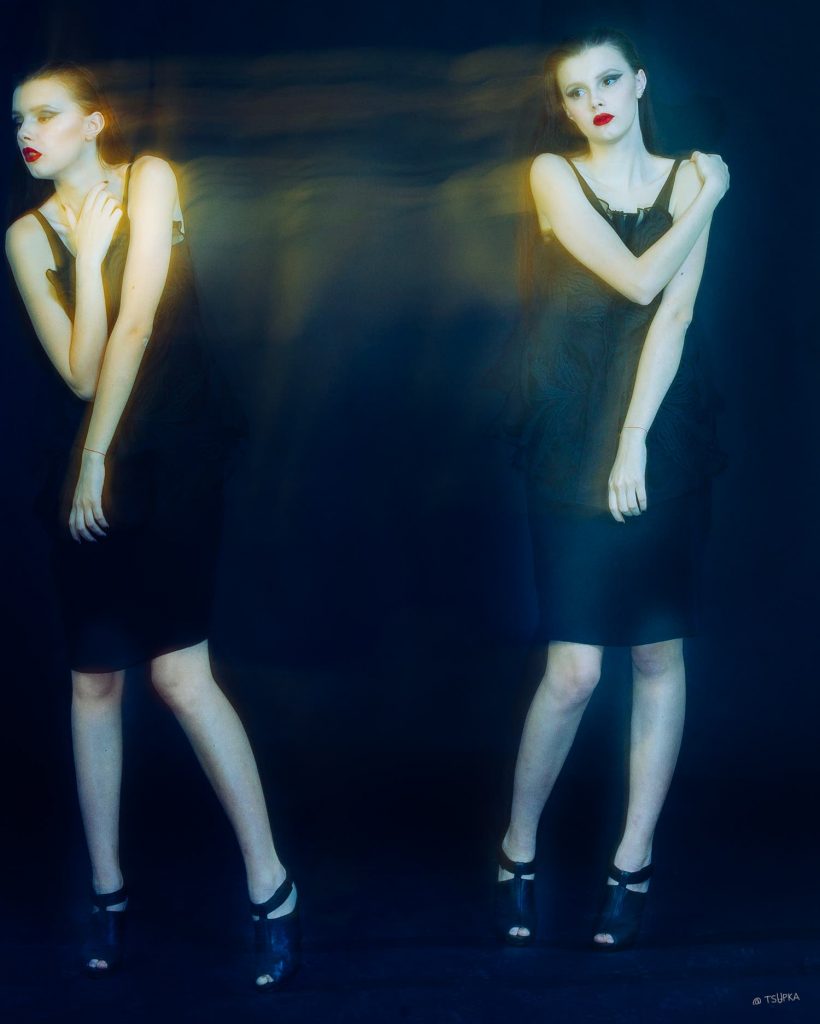 All images by Ivan Tsupka. Used with permission.

“…you’re right, the market needs it rarely,” says photographer Ivan Tsupka to us in an interview. Ivan shoots fashion these days, but we’ve featured Ivan’s work before. A series you folks really loved is his Construction series. But his experimental portraits are unlike anything else. While Ivan’s work has changed due to the market, his more experimental side is what truly fascinates us. And if anything, it makes us wonder why modern fashion photography isn’t more experimental.

I’ve handled all features of Ivan on the site. When I look at his work, I’m inspired. If you dive into Facebook groups, Instagram, or a photographer’s website, you don’t see work like this. These days, it seems photographers are shooting more to satisfy an algorithm. That’s not photography to me: that’s social influence. And it’s essential that people are aware of the difference. Ivan’s work is completely different. He doesn’t just take a beautiful model and tell them to vibe on-camera. While it’s evident they’re collaborating, at the end of the shoot, Ivan is still the creator-in-charge.

This is why I wish more photographers truly embraced the tools they can use in-camera. Photoshop is cool, but it’s not everything. Lots of folks are photo editors more than they are photographers. Experimenting with flash and the various flash techniques make you a much better shooter. You can express yourself in ways you never thought possible. And that’s just part of why I’ve adored Ivan’s work.

Phoblographer: Where did the inspiration come from for this super cool series?

Ivan Tsupka: I’ve experimented with multiple exposures and long exposure tricks for a long time, and I got the idea to combine these techniques. I had some free time in the studio while shooting an editorial for a small local magazine and asked the model to help me with such an experiment.

Phoblographer: So was this a multiple exposure process or second curtain flash or both?

Ivan Tsupka: This is a combination of constant lighting, approximately two-second exposure, and manually controlled flashes firing at the beginning and end of the exposure.

Phoblographer: Ever wanted to experiment with stroboscopic flash?

Ivan Tsupka: I’m still going to try to experiment with stroboscopic flash, thanks for the reminder. I will definitely try soon and share the images if I get interesting results.

Phoblographer: How do you feel the black dress on the black background added to the effect? Would you have done anything different today?

Ivan Tsupka: The black dress was just on the model at that time for the main shooting. If the dress were of a different color, we would probably have done a different choreography of poses. The key to this kind of shooting is a fairly dark background. It must be noticeably different from the skin color of the model to get the effect of fluid movement. Shootings for small local magazines taught me to use existing situations more and plan less.

Phoblographer: This was the work you used to do, and it varies a lot from what you do today. Have you found that the market just doesn’t want the more experimental, trippy, cool stuff?

Ivan Tsupka: Currently I am passionate about simpler things inspired by modern fashion photography. Such as clothing styles and working with models, emotions, etc. And from time to time I use some more experimental techniques even on commercial shootings. But you’re right, the market needs it rarely.

You can check out more of Ivan’s work over at his Instagram: @tsupka