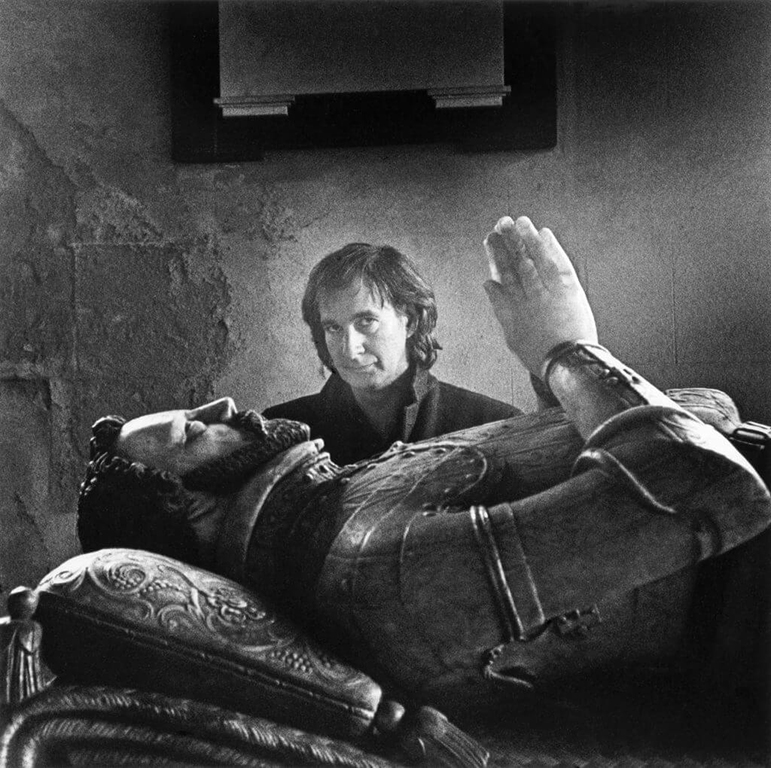 Don’t miss this fascinating documentary on a pioneering specialist in black and white infrared photography, who took unforgettable images of some of the most atmospheric places on the planet

Simon Marsden’s Haunted Life in Pictures, a critically acclaimed 2018 documentary about the idiosyncratic infrared specialist and darkroom master, will be available on DVD on December 14th. For the DVD release, ‘Haunted’ has been added to the title.

The documentary was made by Jason Figgis, a scion of a famous movie family, and recounts his often unnerving experiences working with Marsden in rural Ireland and beyond, along with insights from friends and family. We won’t spoil the story, but some of Figgis’s experiences were literally hair raising.

Marsden, who came from an aristocratic background and died in 2012, was best known for his books on haunted houses, historic ruins and Venice.

The documentary begins with Marsden’s childhood in the Lincolnshire Wolds, where he grew up in two allegedly haunted houses, before revealing how he became such a pioneering infrared photographer and printer.

He was much more than a maker of creepy black and white photographs, however; Marsden’s images, as well as being widely published, are included In the Victoria & Albert Museum, the Bibliothèque Nationale in Paris and many other important collections throughout the world.

As well as giving insight into Marsden’s artistic development, the movie also focuses on his strong attachment to Ireland – most notably the predominately Anglo-Irish owned stately homes which fell into disrepair and downright ruin following Irish independence.

U2 fans will doubtless recognise the Marsden image which appeared on the album artwork for the Unforgettable Fire.

Marsden was also drawn to ruined castles across the length and breadth of Britain, as well as other locations in western and eastern Europe.

We take infrared for granted these days, with straightforward camera conversions and a wide range of digital filters, but Marsden did it the old-school way, with tricky to handle film and hard-earned darkroom skills. Even with all the tools at our disposal today, you’d struggle to recreate Marsden’s look – he was a true master of his genre.”

The movie will also be available on digital release on November 23th, including iPlayer.

How to convert a mirrorless camera to infrared