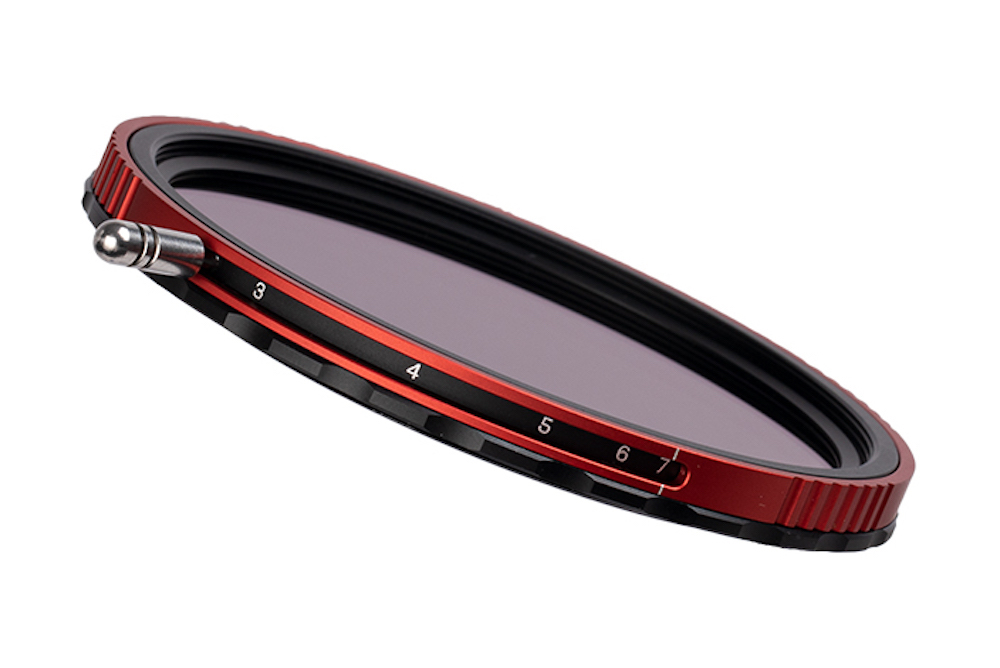 Haida has announced its PROII CPL-VND 2-in-1 Filter, which combines a variable circular polariser and a variable neutral density filter in one unit but allows each filter to be controlled independently.

The Haida PROII CPL-VND 2-in-1 Filter is positioned as an ideal companion for videographers and photographers and was first reported by PetaPixel.

The PROII 2-in-1 filter is a combination of a standard circular polariser with a variable neutral density filter.

Thus it promises to not only reduce the light entering the lens, but also to darken skies and manage reflections.

The ND filter has a five-stop range (ND 3.0 to ND7.0), which can be adjusted via a small lever on the side of the filter.

Adding a circular polariser to the mix enables photographers to control where that polarisation is placed within the image by rotating it.

Thus, the sky can become darker and more dramatic, while the rest of the image is a bit lighter so it ‘pops’ in the frame.

The Haida PROII CPL-VND 2-in-1 Filter enables content creators to have a single filter to do both jobs, thus saving time and effort fitting on multiple filters.

Haida says that the design was created as the ‘best choice for filmmaker and vloggers.’

The two filter systems can be operated independently of one another without affecting each other.

Haida has engineered the 2-in-1 filter to avoid the range area which can create the X shadow problem that is known to happen with variable ND filters at the extreme limits of rotation and creating artifacts.

Haida’s best advice when using the PROII CPL-VND 2-in-1 filter is to first adjust the ND filter to get the amount of light desired, and then adjust the circular polariser to specify where the exact amount of emphasis is wanted.

There’s no exact confirmation on the pricing or availability of the filter as yet, but Haida has indicated it should become available from global dealers soon.

To find out more go to the Haida Photo website.

Haida was founded in 2007 and has it headquarters in Ningbo, China.

The company focuses on research and development and manufacture of various types of optical filters, such as professional photographic filters, film filters and other products.

Haida now has its own distribution network in more than 40 countries around the world, especially in the European and American markets.

The pros and cons of drop-in filters for mirrorless

The top 3 filters you need for superb landscape shots