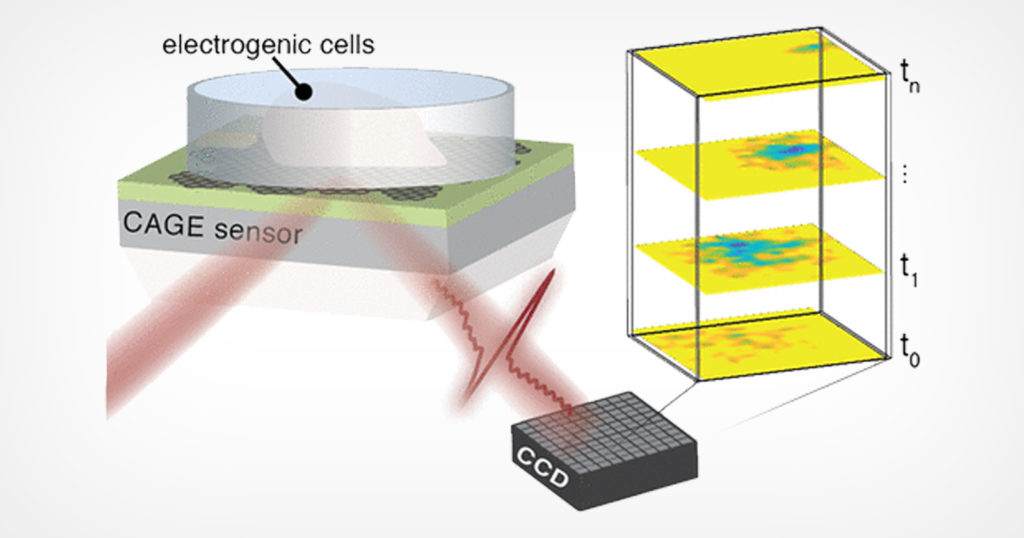 Scientists have been able to capture the real-time electrical activity of a beating heart using a sheet of graphene to record an image. The result is almost like a video camera, and the generated images show the electric fields that trigger a heartbeat.

Graphene is a material that has a high ceiling of potential that could be used to make a wide range of products and services. As explained by Verge Science, graphene has the capability to bring the world anything from bulletproof armor and space elevators to making the internet run faster and advancing medical science.

It is that last bit about advancements in medical science that this new research report from a collaboration between two teams of quantum physicists at the UC Berkeley and physical chemists at Stanford University.

The use of graphene — which is a material that is made of a single layer of carbon atoms arranged in a lattice — in this way shows its use as a wholly new type of sensor that will be useful for studying cells or tissues that generate electrical voltages. Previously, researchers were able to do this with electrodes or chemical dyes, but these had the limitation of only measuring the voltage at a single point.

A graphene sheet can measure voltage continuously and over all of the tissue it covers.

“Because we are imaging all cells simultaneously onto a camera, we don’t have to scan, and we don’t have just a point measurement. We can image the entire network of cells at the same time,” Halleh Balch, one of three first authors of the paper, says. Balch recently received her Ph.D. from UC Berkeley’s Department of Physics.

According to the published research report, the graphene sensor can work with existing standard microscopy techniques as well, expanding its usability.

To image a heart, the researchers placed a sheet of graphene above a waveguide and below a chamber that held a sample of tissue. A waveguide is a structure that, as it sounds, guides waves with minimal loss of energy by restricting the transmission of the energy into one direction.

The sequence of images, separated by five milliseconds, then shows changes in the electrical field pattern on the surface of the heart during a single beat.

Feng Wang, a UC Berkley professor of physics and senior author of the paper says that this is perhaps the first example of using an optical readout of 2D material to measure biological electrical fields.

“People have used 2D materials to do some sensing with pure electrical readout before, but this is unique in that it works with microscopy so that you can do parallel detection,” he says.

“This study is just a preliminary one; we want to showcase to biologists that there is such a tool you can use, and you can do great imaging. It has fast time resolution and great electric field sensitivity,” Jason Horng, a UC Berkeley Ph.D. and the third first author of the research report. “Right now, it is just a prototype, but in the future, I think we can improve the device.”

The full research report from the two teams of scientists can be read in the Nano Letters journal.