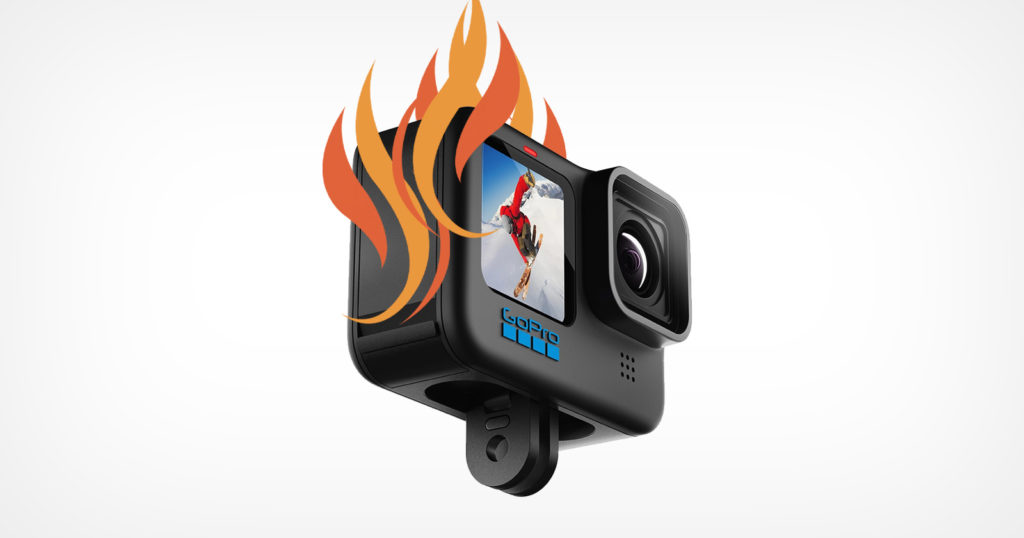 GoPro recently announced the new Hero 10 Black camera that boasts better photo resolution and up to 5.3K video. But that increased resolution means more heat, and GoPro admits that without sufficient airflow, it can overheat.

In a review for the GoPro Hero 10 Black from GadgetsBoy, the camera was found to overheat and shut down after about 20 minutes of continuous recording.

“The thing to bear in mind is that this overheats,” he says. “We tried it out to record for as long as possible and it just shuts down after like, 20 minutes… if you just have continuous recording.”

GadgetsBoy does not specify the conditions upon which the record limit was tested, but Digital Camera World reached out to GoPro to find out if this was an expected performance result. GoPro seems to be speaking from the perspective that the camera record time was tested in a controlled, still, indoor environment, and the company responded that while yes it can happen, the assumed testing parameters from GadgetsBoy are not what the company considers to be a normal shooting experience.

Processing at high-performance modes requires a lot of power, so GoPro has put safeguards in place to protect consumers and the cameras from overheating when the camera reaches a certain temperature. The HERO10 is engineered to support what we know a majority of HERO owners use the camera for: to shoot shorter clips in environments with natural airflow.

So for the filming scenario when long clips at highest resolutions in a static environment are required, we recommend taking the necessary steps to provide some airflow. This will improve the camera’s thermal performance and allow for longer video capture.

While it is always disappointing to hear that there are recording limitations with camera equipment, GoPro does make good points in its response.

Given the size and sealed nature of the GoPro, what the company has said here makes a lot of sense. Promising high-resolution 5.3K video capture at 60 frames per second for 20 minutes is not a terrible specification, and it could be considered downright impressive once the small size of the camera and is taken into consideration.

The note about airflow is also important since GoPro cameras are designed to be used as an action camera, and while certainly possible, it does seem unlikely that a GoPro would remain in an environment for 20 minutes of recording without any airflow. In such cases where it might not get that required airflow, limitations of are to be expected.

However, GoPro did not specify what the recording limits would be if the device is given adequate airflow in temperate conditions.

The GoPro Hero10 Black is available for $400 with an included one-year GoPro subscription or $500 without a subscription.