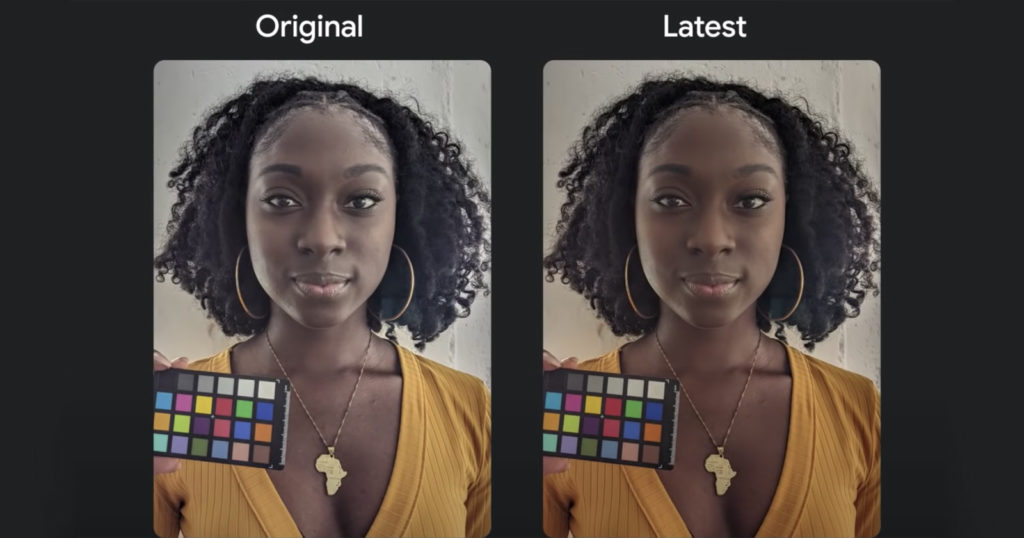 Google has announced that it is trying to build a camera system that, through software, is more inclusive. By working with a diverse group of imaging and industry experts, the company hopes to make its cameras better at rendering a wider range of skin tones.

The idea that photography is biased towards lighter-colored skin is not new. In 2015, Vox published a video that analyzed how early film stocks were designed with light skin as the ideal skin standard, and therefore sometimes had problems rendering darker skins — especially in photos that showed both darker and lighter complexions.

Google’s initiative here appears to not only agree but state that it is still an ongoing problem.

The company argues that people tend to think that cameras are objective, but the truth of the matter is that a lot of decisions — made by people — go into making photography tools. As a result, Google says that historically those decisions have not been made while taking people of color into account.

“Pictures are deeply personal and play an important role in shaping how people see you and how you see yourself. But historical biases in the medium of photography have carried through to some of today’s camera technologies, leading to tools that haven’t seen people of color as they want and ought to be seen,” the company writes. “As part of Google’s commitment to product inclusion, our teams are working to ensure that all of Google’s camera and imagery products work for everyone, of every skin tone.”

During a presentation at Google I/O yesterday, Android VP Sameer Samat said that the company has a responsibility to build its applications for everyone, and as part of that it is working to make its technology more accessible and equitable.

Google adjusting their computational photography to reduce overexposure and desaturation of darker skin tones in photos: Underrated. I promise you this would help every single smartphone camera I've ever shot with.

Smartphones in particular generally struggle to properly render correct skin tones in a variety of lighting conditions; Underexposures or overexposures are common. Even if an exposure is properly metered, darker skin may be presented with weak contrast that makes photos appear washed-out. In the example below, Google shows how its devices currently capture a photo and what it is doing to correct for it.

“The goal of this work is to make all of our camera and imagery products work as best as they can for people of color with a strong focus on people with darker skin tones,” Google’s Product Marketing Manager Florian Koenigsberger says.

Google anticipates that it expects to add these camera improvements to Pixel devices this fall but intends to make these advancements available through the entire Android ecosystem which would, theoretically, make all Android smartphone cameras better.