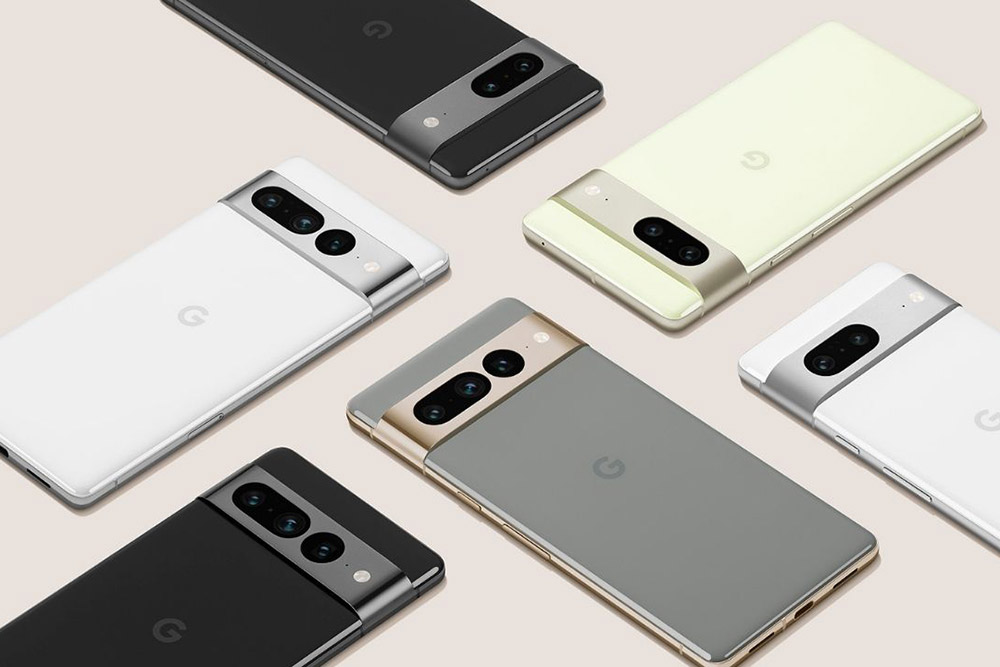 We know that the Google Pixel 7 and Google Pixel 7 Pro are coming on October 6th. Google has been drip-feeding details about its new flagship handsets, and has already stated that it will be revealing the new handsets very soon in an insider event for ‘Pixel Superfans’.

The Pixel 6 and Pixel 6 Pro were big hits among smartphone photography aficionados. We reviewed both handsets and were impressed with the sophisticated camera features they packed in, especially for the price. Indeed, in our Google Pixel 6 review, we described it as arguably the best camera you can get for under £600.

Our Google Pixel 6 Pro review was similarly high-praising. As we said at the time, ‘If you’re a keen photographer and want a device that will help you capture beautiful images in a range of scenarios, any time of day, the Pixel 6 Pro is very hard to beat.’

One thing we know is that the Pixel 7 and Pro will be faster than their predecessors. Google has confirmed that the two new handsets will use its next-generation Google Tensor G2 processor. While this won’t necessarily mean a significant jump in performance, leakers reckon we’re looking at a phone that’s maybe 10% faster than its predecessor.

Google says the new chip is designed to show off what Android 13 can do, and will enable features like Speech Recognition, as well as improvements to photo, video and security features.

We also can see that the design of the phone is going to be a little different to the Pixel 6. Google has been a little cagey about showing off the front of the Pixel 7 Pro in the run-up to release. However, a banner posted to the private ‘Pixel Superfans’ group on Facebook finally showed it off, and we can tell that it’s edges are less curved than the previous version

This banner also contains images of the Pixel Buds and the Pixel Watch. According to Google, synergy between all these different devices will be more polished than ever with the new generation of smartphone. Features like ‘Fast Pair’ will make them easy to connect, while Find My Device will enable all the different devices to find each other if one gets lost.

What do we know about the cameras?

Short answer – not much yet. Beyond saying that the Tensor G2 chip will deliver ‘even more helpful, personalised features’ to photo and video, Google has remained tight-lipped about the camera capabilities of the new phones.

Looking at the camera array on the Pixel 7, we can see that the wide and ultra-wide lenses have been bunched together. There is also an extra unit on the Pixel 7 Pro that is absent on the smaller model – we can assume this is the telephoto lens.

The Pixel 7 (left) camera array, and the Pixel 7 Pro (right) with its additional lens.

One thing we do know is that Google submitted a patent in 2021 for an under-display camera (hat-tip to Let’s Go Digital) for spotting this one. This could mean that the selfie camera for the Pixel 7 and Pixel 7 Pro is an ‘invisible’ type, such as we’ve seen on phones like the Samsung Galaxy Z Fold 3. Looking again at the picture of the front of the phone, a front-facing camera isn’t immediately visible, suggesting it could be an under-display type. However, we’ll have to wait to know for sure.

Google hasn’t officially confirmed pricing of the two new handsets yet. However, a leak has indicated that the pricing structure will be kept the same from the Pixel 6 range. If true, this would mean that the Pixel 7 will carry a retail price of £599, while the Pixel 7 Pro will cost £849. However, we’ll have to wait until the launch event to see if this pans out.