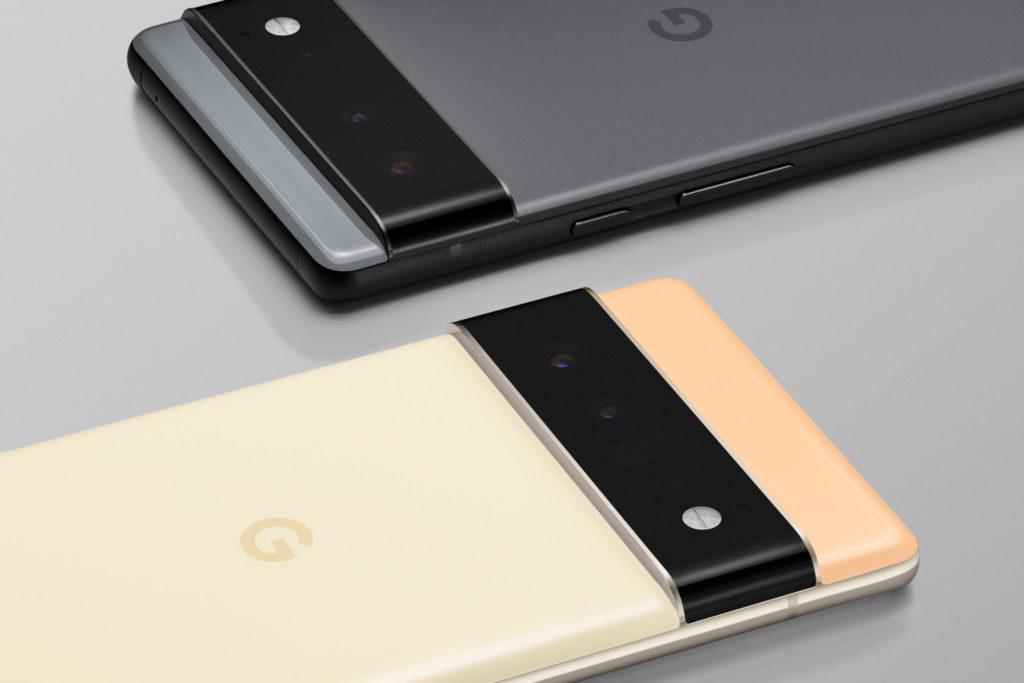 Google has announced the new Google Pixel 6 range with a choice of the Pixel 6 and the Pixel 6 Pro. Both smartphones will be available from the end of the month, from the 28th October.

Google say “you don’t need a full camera anymore” suggesting a smartphone camera is all you need.

The Google Pixel 6 features 2 cameras on the back, and will set you back £599. The cameras are an ultra-wide and wide-angle camera. The phone will be available in “kinda coral”, “sorta seafoam”, and “stormy black” colours.

The Google Pixel 6 Pro features 3 cameras on the back, and will set you back £849. A 4x telephoto camera joins the ultra-wide and wide-angle cameras. The 6 Pro will be available in “sorta sunny”, “cloudy white” and “stormy black”.

The Pixel 6 smartphons are the first to feature Google’s new custom processor called “Tensor” which brings the latest innovations in AI, including powering HDR+, as well as a Portrait mode that includes Face deblur, and an “Unblur” feature that works with people and pets.

Other key camera features include

The smartphone has been updated to accurately capture all skin tones, in every mode, and in every app, including 3rd party apps as well as video, thanks to improved AI. The camera also offers improved portrait background blur, with better definition in the edges around someone, including hair edges.

Google Pixel 6 – Android 12 customised to you

The Pixel 6 series runs Android 12 which is personalised to you, with improved accessibility, and customised colour palette. The phones feature 24hr battery life, with a 48hr extreme battery saving mode, as well as IPx8 water resistance. There’s a new live translate feature.

The smartphones come with a new Titan M2 security system, and Google are promising 5 years of security updates!