Google Buys Photographer’s Shot of Seagull Chomping on a Fry 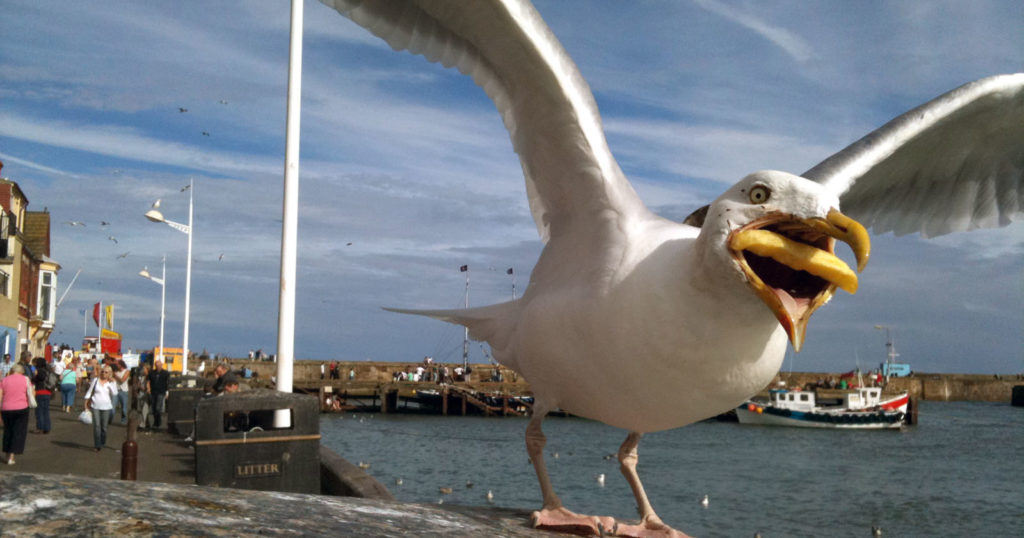 You never know when one of your photos may catch the eye of one of the largest companies in the world, but social media services these days help bridge the gap between photographers and brands. That’s how one amateur photographer recently caught Google’s eye with a snapshot of a seagull eating a fry.

Hannah Huxford is a 46-year-old car saleswoman in the UK town of Cleethorpes by day and a hobbyist photographer on the side. Back in 2011, she was visiting the coastal town of Bridlington when she and her husband, Edward, encountered a “greedy” seagull while eating a meal.

Huxford shot a series of photos of the seagull eyeing the couple’s meal, and when it finally got one of their fries, Huxford managed to capture a shot with her iPhone 3 of the bird flipping the fry into the air and chomping on it.

The photo then went viral, was featured by the BBC (and a TV show and numerous publications), and was licensed for the front cover of the Edinburgh Fringe Festival brochure.

Fast forward to March 22nd of this year, and Huxford decided to pull the shot out of her archives and republish it on Instagram.

The photo received less than 100 likes, but it caught the eye of a creative agency that works with Google. That agency, Uncommon London, then pitched the photo to Google, and the tech company — one of the top 10 largest companies in the world by market capitalization — loved it.

“[I] was contacted via my Instagram just after [I posted the photo on March 22nd],” Huxford tells PetaPixel, “[and] at first thought it was a joke, but they tracked me down.”

Google ended up buying a license from Huxford to use the photo for an advertising campaign across England and Ireland. According to the terms of the deal, the image can be featured for 30 days on billboards and for 12 months online.

“The photographer, who studied the subject at college and has continued to develop her skills as a hobby, cannot reveal what she was paid for the image’s use,” BBC News writes.

Huxford and her husband are now enjoying the surreal experience of seeing her photo featured on giant billboards across her country.

“I never progressed further [in photography] due to lack of confidence,” Huxford tells PetaPixel. “But over last decade I have just used my iPhone to snap pictures and [am] always asked to make calendars and prints etc. My dream would be to make an inspiring coffee table book with my photography.”

You can find more of Huxford’s work on her Instagram.

Image credits: All photographs by Hannah Huxford and used with permission