If you’re looking for a way to turn a ho-hum image into something really compelling, we’ve got you covered with today’s Photoshop tutorial. Thanks to one of our favorite image-editing instructors, you’ll learn how to put an object in motion by adding the appearance of speed and blur.

It’s relatively easy to add motion from left to right or vice versa, or when motion is in the center of the frame. The real challenge occurs when motion occurs along a complex perspective, and in the video below you’ll learn an easy method for accomplishing this task. 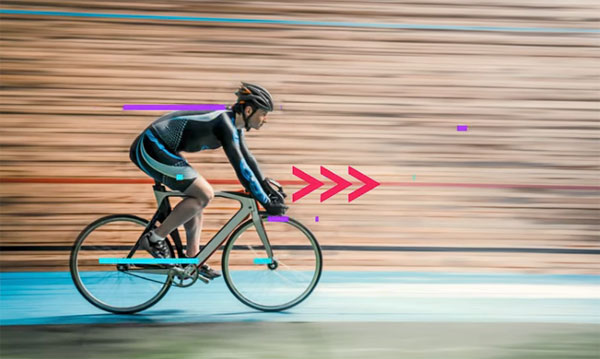 Photoshop expert Unmesh Dinda demonstrates this impactful technique from beginning to end, using the power of Path Blur to create motion and add special effects to an object for a dramatic, natural-looking result. He also explains a few color grading and light-shaping techniques for making the image even more vivid.

What makes Dinda’s method so realistic and compelling is that is enables you to add different values of motion blur to various areas of the image. He explains the importance of doing this by asking a simple question: “Have you ever noticed when looking out the window of a moving car, that objects closest to you appear to be flying past faster than those in the distance?” 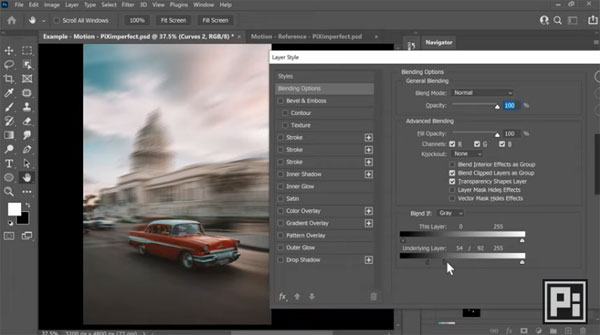 Dinda provides a downloadable image in the description beneath the video, so you can follow along in real time, which is the best way to learn. In addition to the basics of adding blur, he explains the importance of “noise matching,” fixing shadow artifacts, and a “speed enhancing flash effect.”

So take a look, and don’t settle for boring again. If you like this video, head over to Dinda’s YouTube channel where you can find many more.

And don’t miss one of the most popular tutorial’s we’ve posted this month, demonstrating the mind blowing new tools in Adobe’s June Photoshop update