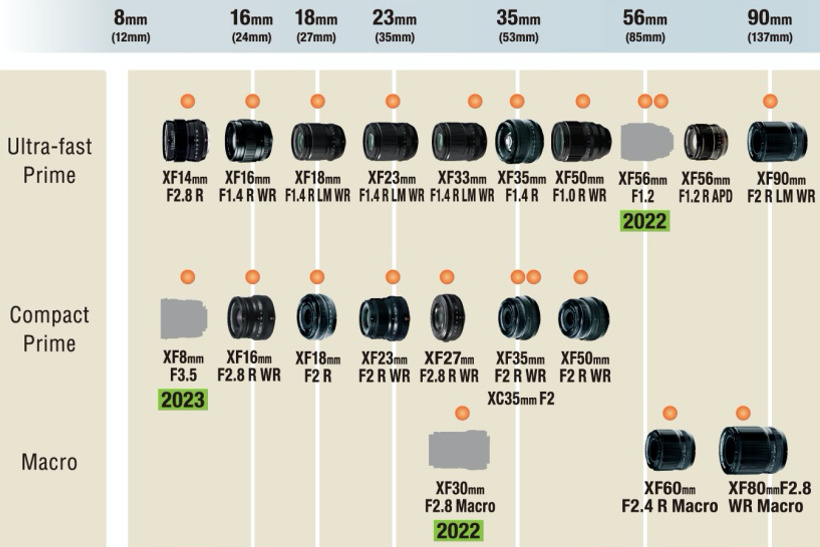 This lens roadmap refers to X-Mount lenses only, and doesn’t include GF/GFX lenses.

Here’s when the next lenses are due to be released:

Fujifilm say the XF 56mm F1.2 lens is part of the large aperture prime lens series, and it is designed to “Pursue ultimate image quality.”

The XF 30mm F2.8 R Macro lens is a compact and lightweight lens, which Fujifilm say is a “perfect walkaround lens” suited to “snapshots, landscape, portrait, as well as tabletop photography of foods and accessories.”

The XF 8mm F3.5 lens is a compact ultra-wide-angle lens, with the widest-angle focal length for prime lenses in the XF range. Fujifilm say this will be compact and lightweight, and is also “an ideal walkaround lens.”

Read our guide to the best X-Mount lenses available.