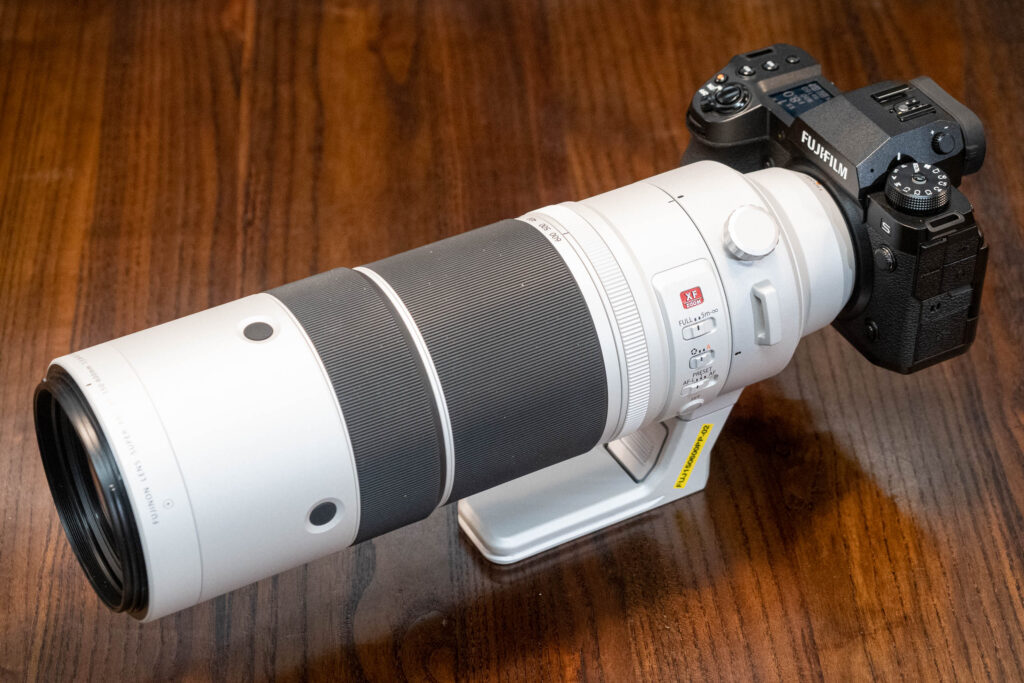 Alongside the new X-H2S flagship APS-C mirrorless model, Fujifilm has announced two new lenses that, in their different ways, reveal the firm’s thinking about what the camera is designed to do. One is designed as a general purpose optic for video/stills hybrid shooters, while the other is a long telephoto for sports, wildlife and other action photography.

First is the Fujinon XF 18-120mm F4 LM PZ WR, which is a power zoom lens that’s optimised for both stills and video shooting. It’s designed to be a do-everything lens for lone camera operators shooting both stills and video. With a 27-180mm equivalent range, it employs an internal zoom design that doesn’t change the length or balance when using a gimbal.

There are three means of operating the zoom, with each offering different benefits: a traditional ring for stills, a lever for controlled zooming during video recording, and a pair of buttons for precise control. The latter can also be used to adjust the focus. The lens measures 77.3mm in diameter, 123mm in length, and 470g. Notably, the lens lacks an aperture ring, so doesn’t get the ‘R’ designation in its lens name.

Second is an ultra-telephoto zoom, the Fujinon XF 150-600mm F5.6-8 R LM OIS WR, which offers a 225-900mm equivalent range for anyone shooting distant action, such as sports or wildlife. Its relatively small maximum aperture allows the lens to be surprisingly lightweight, at 1606g, while measuring 314.5mm in length and 99mm in diameter. It also employs an internal zoom mechanism, which is quicker and easier to user than an extending zoom on a lens this size.

Built-in optical stabilisation is rated for 5 stops of blur reduction, while stepper motors promise rapid autofocus. The barrel boasts a weather resistant design, and a fluorine coating in the front element repels fingerprints and raindrops. Conveniently, the tripod foot has an Arca-Swiss profile for mounting to a tripod. The lens is also compatible with Fujifilm’x 1.4x and 2.0x XF teleconverters for even longer reach.

Fujifilm has also updated its lens roadmap to include three new lenses. First is a new XF 56mm F1.2 short telephoto ‘portrait’ lens to replace the current optic, presumably with improved autofocus and weather-sealing, which are weak points of the existing design. Second is a compact XF 30mm F2.8 R Macro which should double up as a standard prime, and we’d expect to be reasonably affordable. Both of these lenses are due for release later in 2022. Then in 2023, the firm is planning to launch an XF 8mm F3.5 ultra-wideangle prime, which is also set to be part of the firm’s compact prime series.